A new drug for Corona may end the “nightmare” 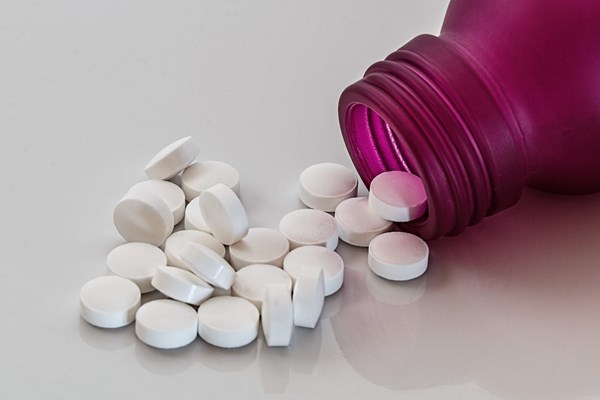 Scientists around the world are racing to find an effective treatment that can end the nightmare of the Corona virus, which has paralyzed the globe and killed millions. With the global race currently underway to reach the most effective vaccines against the virus, here is a parallel marathon race to find a final treatment to eliminate Covid-19, which plagues millions of people around the world.

Oral treatments for Covid-19, which are pills, are currently undergoing second-phase clinical trials, and if successful, may be ready by the end of the year, according to a report recently published by the US medical site Medscape.

So far, there is no cure for Covid-19, and the only treatment approved by the US Food and Drug Administration is the drug “remdesivir”, which does not deal with the disease but with its symptoms, and it is given to patients whose condition required hospitalization, and it must be given intravenously.

Hopes were raised over the weekend, regarding the presence of a pill to rid the bodies of Covid-19 patients of the virus, when the results of early trials of the drug “Molnopiravir”, developed by the American company “Redhill Biopharma”, were presented at the “Retrovirus and Opportunistic Infection” conference. Which is held annually in the United States, and is attended by thousands of senior researchers and doctors from all over the world, and it was held at the end of last week due to the circumstances of Corona, according to what was reported by the newspaper “Al-Sharq Al-Awsat”.

During the conference, the results of the second phase of clinical trials were presented for this drug designed for patients with Coronavirus, and which does what the drug “oseltamivir” (Tamiflu) does for patients with influenza.

According to a report by “Medscape”, the study presented during the conference showed that the pills significantly reduced the infectious virus in patients who had symptoms of Covid-19, and they tested positive for the virus.

After 5 days of treatment, none of the participants who received Molnopiravir had a detectable virus, while 24% of the comparison group who received the placebo still had the virus.

The company that created this drug is developing two other types by mouth: one for treating severe Covid-19 infection for hospitalized patients, and the other for patients at home with mild infections.

The first, the drug “Opaganib”, which is intended for severe cases, moved to the third stage of clinical trials, after the company announced the initial safety and efficacy data in December, and in the second stage it was found that the drug is safe in patients who need oxygen, and effectively reduces the need for Oxygen by the end of the treatment period.

Medscape quoted Gilad Raday, the company’s operations director, as saying that “the main advantage of this drug is that it is anti-viral and anti-inflammatory, and it is expected to obtain results of the third stage in the middle of the year.”

As for the second drug, “Opamostat”, it is currently in the third phase of clinical trials, and differs from the first in that it is intended for non-hospitalized Covid-19 patients, and its clinical trial data is expected to be available in the second half of this year, says Raday.

In addition to these three drugs, there are other oral drugs in trials that are still in the early stages, and infectious disease specialists are watching this trend with great enthusiasm.

In the spirit of Anfield