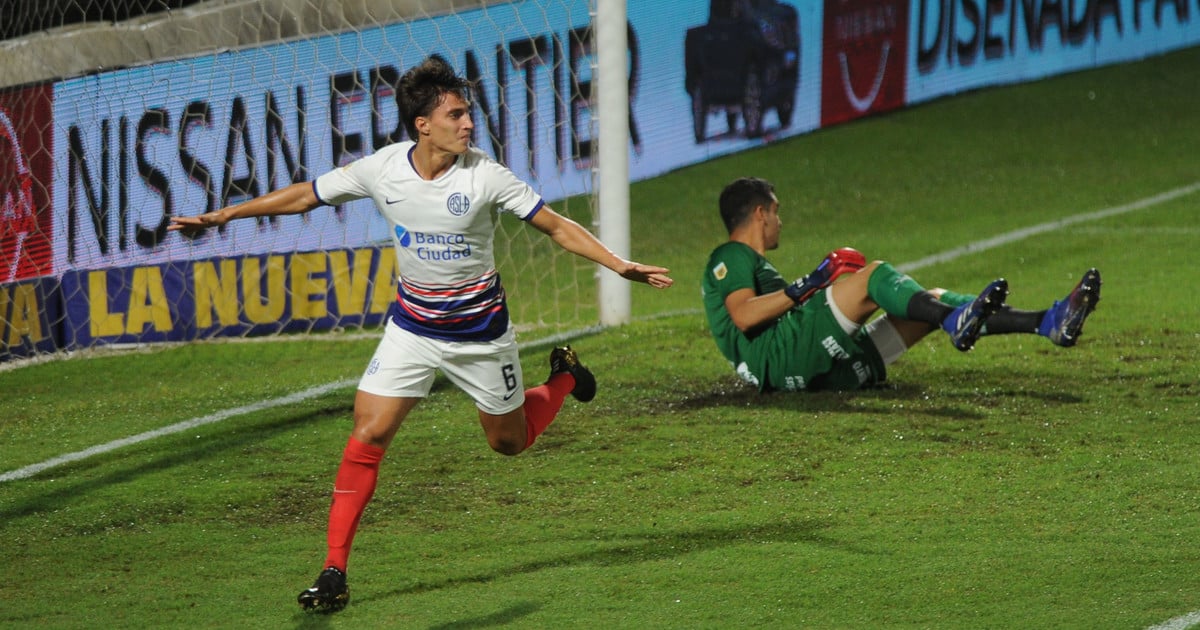 It does not become an outbreak, but in San Lorenzo they are alert for a string of coronavirus infections on their campus in recent days. Now the one who tested positive was Federico Gattoni, who joins the cases of Víctor Salazar, Andrés Herrera and Manuel Insaurralde.

There are four infected so far. Gattoni had started in the rematch with Santos for the Copa Libertadores, but was on the bench on Saturday in the 1-1 draw against Argentinos Juniors for the Professional League Cup as Diego Braghieri returned, recovered from a muscle strain.

The tests that had been carried out before the collision with the Bug they had thrown calm since they gave negative in the rest of the footballers. But now the case of the young defender has been detected.

Gattoni played against Santos and went to the bench with Argentinos. Photo: Reuters

Thus, Braghieri will continue in the team to form a central duo with Alejandro Donatti. The one who will not be able to be is Gabriel Rojas on the left side since he was expelled in Brazil and will have to fulfill the suspension of a date in the debut of the South American Cup, this Wednesday against Huachipato at 7.15 pm in the Nuevo Gasometer.

Another who will see it from the outside is Franco Di Santo, who is recovering from a muscle strain suffered last week. It remains to be seen if Diego Dabove keeps Franco Troyansky in the attack or plans variants in that key sector of the field where goals are needed.

Nor will Yeison Gordillo return yet, whose right fibula injury was more complex than it seemed. The Colombian had an incomplete fracture in the first crossing with the University of Chile. After several days of rest, he has already started working on the grass to pick up the rhythm lost by his stand.

Dasilva: «Improve the image» is the slogan of the Kalba Federation