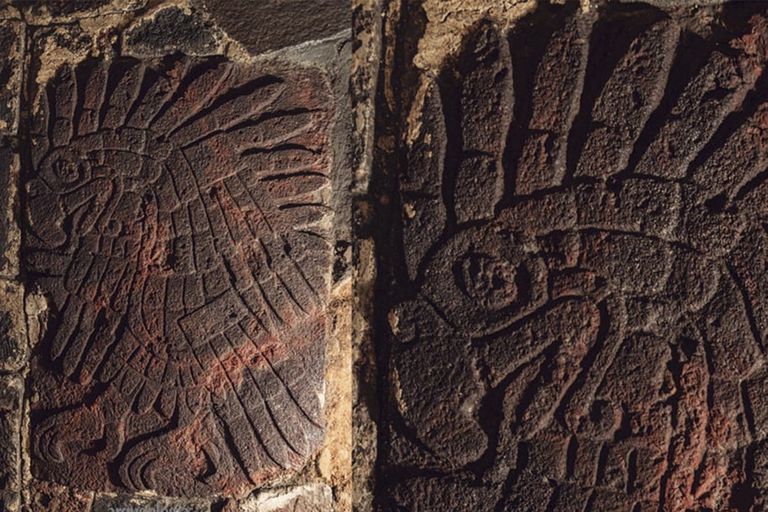 According to the Mexica worldview, Huitzilopochtli -lord of war and god of the sun- represented on multiple occasions as an eagle, guided men to the promised land from Aztlán. The sign to found the new city was to find an eagle on a cactus devouring a snake. The myth tells that it was there, on Lake Texcoco, where the Mexica received the signal from Huitzilopochtli and built the great Tenochtitlan. That is why the representation of the eagle keeps a fundamental role in the Mexican culture that has been inherited until today in the national symbols of Mexico.

A recent excavation in the Templo Mayor, the heart of what was Tenochtitlan and today is the center of Mexico City, found a bas-relief with an eagle carved in red tezontle stone. After 500 years under the ground, its majesty saw the light again. The piece is part of a slab on the floor of the square that gave access to the Templo Mayor and that dates from the 15th century, the time of the reign of Moctezuma I.

The excavation led by archaeologist Leonardo López Luján is between the streets of the Republic of Guatemala and the Republic of Argentina. Below the eyes of the city rest the steps of the sixth stage of the Templo Mayor and the place where the Huei Cuauhxicalco, the place where the cremations of some Mexican kings were carried out, completely disappeared today, says the specialized publication Mexican Archeology. Cuauhxicalco It also means “place of the gourd of the eagle”, a site that also served as an enclosure for sacrifices, according to López Luján.

The dimensions of the find and the excellent state of conservation of the slab are surprising. It is the largest representation of an eagle ever discovered in the Templo Mayor. It measures 1.06 meters long by 79 centimeters wide, making it the largest relief of a set of 67 discovered. The eagle, which the Mexica called itzcuauhtli, is sculpted full-length and in profile. “Its head stands out, where you can see the annular eye and a robust hook-shaped beak, from which the tongue protrudes,” the archaeologists of the excavation mention.

With its wings and claws open, this celestial being full of fierceness draws attention to the obsidian knives that it has as feathers, which bears a symbolism of war and sacrifices. There are similar representations in the Codex Borgia or Codex Yoalli Ehécatl, from the 13th century, where you can see the sacrificial knives between the wings of the animal.

The eagle was revered by the ancient Mexica, since like the sun, it is the bird that flies the highest. Its cosmic and mythological explanation has been linked not only to the founding of Tenochtitlán, but also to the creation of the Mexican State and the flag that flies today in every public square. “Did the Mexica really see the eagle standing on the nopal?” wondered the eminent archaeologist Eduardo Matos Moctezuma. “It was not so. The above is a good example that myth and reality intertwine (…) because it is the response that a people gives about certain events to legitimize their presence, ”the same text responds.

The numerous references that have been found in the excavations, as well as the remains of eagle skeletons as an offering, reveal its importance. “The iconographic study of the golden eagle bas-reliefs helps us understand their presence on the south side of the most important building for the Mexica, closely linked to the Sun-Huitzilopochtli”, the archaeologists point out in the specialized publication. 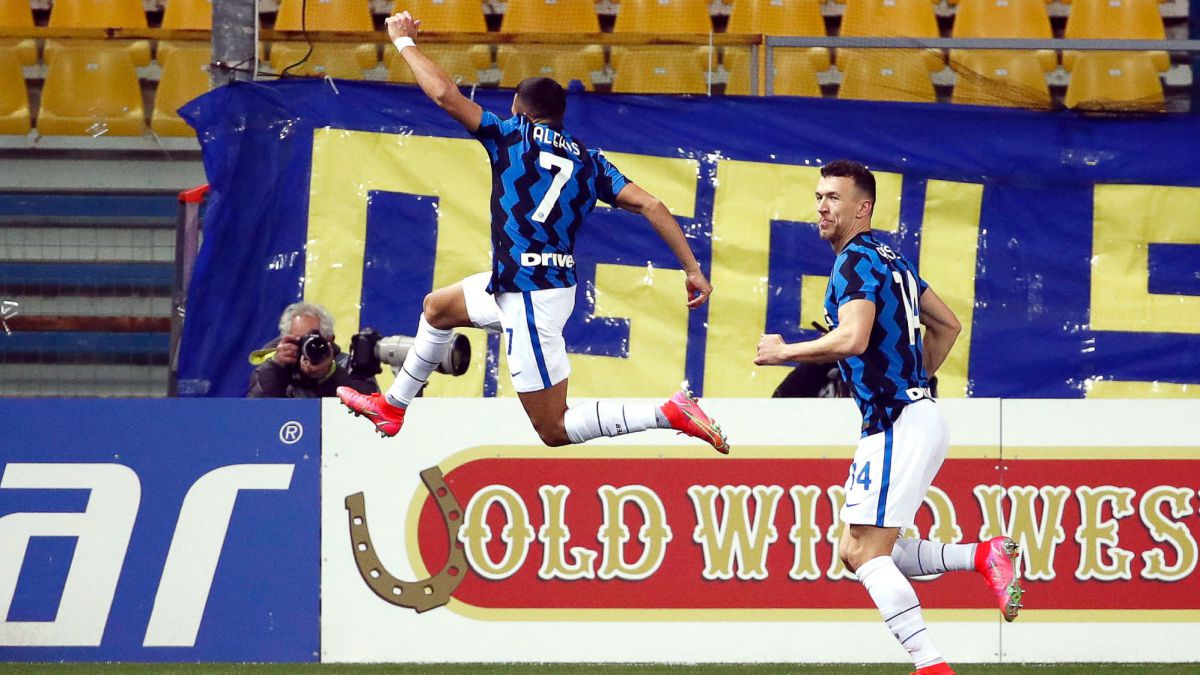 Call of Duty: Warzone players create their own nuke out of vehicles