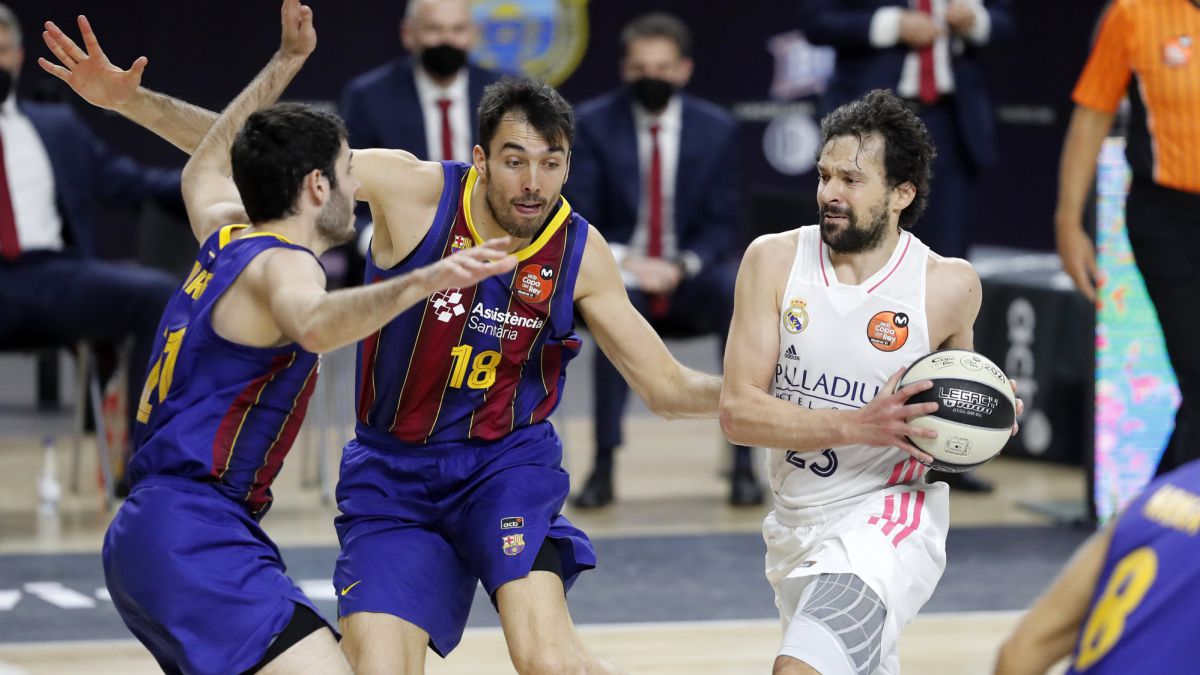 In 2000, at the start of the new Euroleague, Real Madrid boasted of national talent with a team full of Spaniards: Brothers Angulo, Raúl López, Alberto Herreros, Iker Iturbe … played 49.3% of the minutes in continental competition. Twenty one years after that the percentage on the track of Madrid nationals has dropped to 32.3% with Alberto Abalde, the only signing who arrived last summer, as the Spaniard most used by Laso (593 minutes on the court). Tavares (762), Thompkins (620) and Deck (602) play more than him.

But the dynamics are practically the same in all clubs. At Barça, for example, the Navarro, Gasol, De la Fuente, Dueñas … played 43.6% of the minutes and now (Mirotic, Oriola, Claver, Abrines …) dispute 32.4%. Baskonia, a team that has always been characterized by seeking reinforcements (and quarry) beyond our borders, only has one player with Spanish nationality this season: Ilimane Diop (2.4%). In 2000-01 there were three: Sergi Vidal, Dani García and the Spanish-Argentine Luis Scola (12.9%). Valencia Basket, who were not at the Euroleague premiere, It has five Spaniards in its squad (San Emeterio, Sastre, Vives and the young Pradilla and Puerto), who have played 18.2% of the minutes.

According to a study by the Serbian Dimitrije Curcic, who has compared the time on the court of the national players of each team in the first three seasons of the Euroleague (2000-03) and the last three (2018-21), in our country they have lost 43% of weight in their teams. The Spanish have gone from playing 39% of the minutes to 22%, but it is not the case with the most pronounced downturn. TUrquía (74% less) and Italy (76%) represent a greater decrease. The only ones that go up, Greece and France.

One of the reasons for this decrease in the weight of national players in their teams is due to the arrival of American players in this league. This season there are 73 registered with a US passport, although there are more. There are players with dual nationality (Larkin, Dixon, Randolph, Carroll …) who compete in the continental competition as North Americans, while others (Davies, Kuric, Tyus …) do so with another passport.

But according to the Curcic study, European basketball faces another big problem and that is the aging of its squads.. The minutes for U-26 players (born since 1995) have also decreased compared to the first three years of the competition. In Spain, for example, they have gone from being on the track 24% to 5%. Valencia is the ACB team that least trusts its youngsters in the Euroleague this season (6.3%) and Baskonia, the most (40.4%) since seven of its twelve players are 26 or younger.