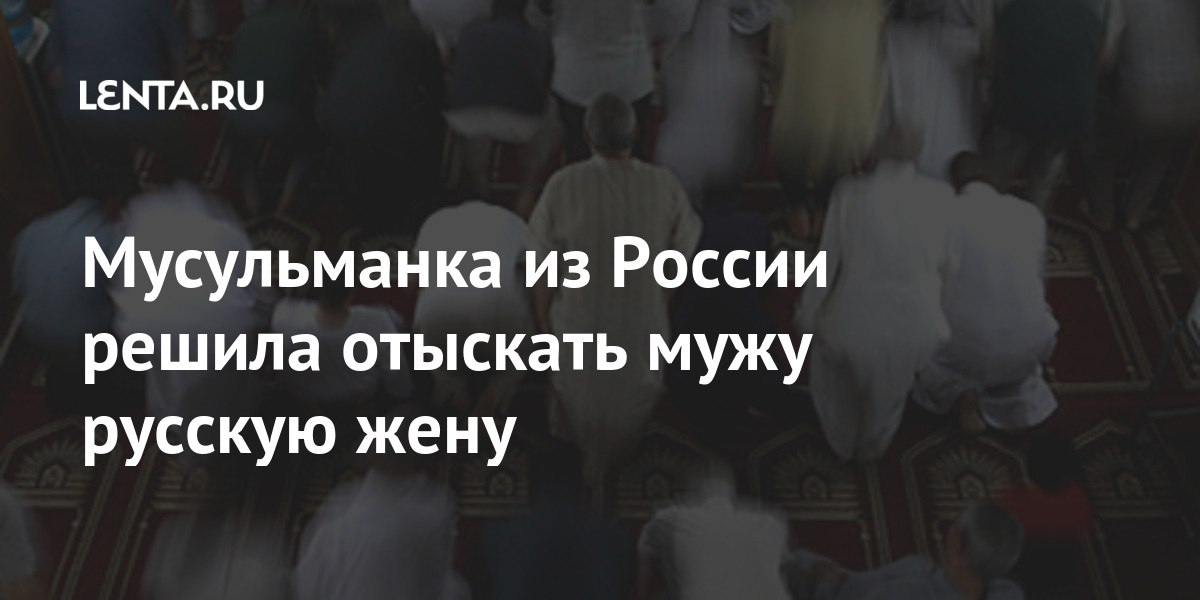 A young Muslim woman from the Moscow region decided to find a Russian wife for her husband and posted an ad about this in one of the social networks. According to Moskovsky Komsomolets, Muslim communities condemned her. The ad said that the applicant for the role of the second wife must be a virgin no older than 23 years old and must be Muslim.

“If my husband wanted a second wife out of lust, I might have objected. But he wants a big family and many children, I respect this desire. And it is likely that there will be not two of us, but several. Several wives in the family save a man from the temptation to commit adultery, ”explained Nargiza Tleumbetova. According to her, the candidate has already been found. Nargiza herself converted to Islam for the sake of a Russian groom named Sergei, who also became a Muslim.

“The Muftiate allows acquaintances on the Internet, but only for the purpose of creating a family. But such pages on social networks are gradually filled with debauchery inherent to the entire Internet. Therefore, for the convenience of parishioners, some religious organizations have created dating sections at their websites, ”commented the imam of one of the capital’s mosques.

In November 2020, the Spiritual Directorate of Muslims of Russia (SAM) banned marriages with gentiles. They said that “interfaith marriages are unacceptable and are possible only in certain isolated cases by the decision of the local mufti.” Only he, according to representatives of the department, can resolve the situation, taking into account all the circumstances of a particular case. Lawyers, in turn, pointed out that such a ban could not have legal force.

Portrait of Anthony Hopkins, the oldest actor nominated for an Oscar