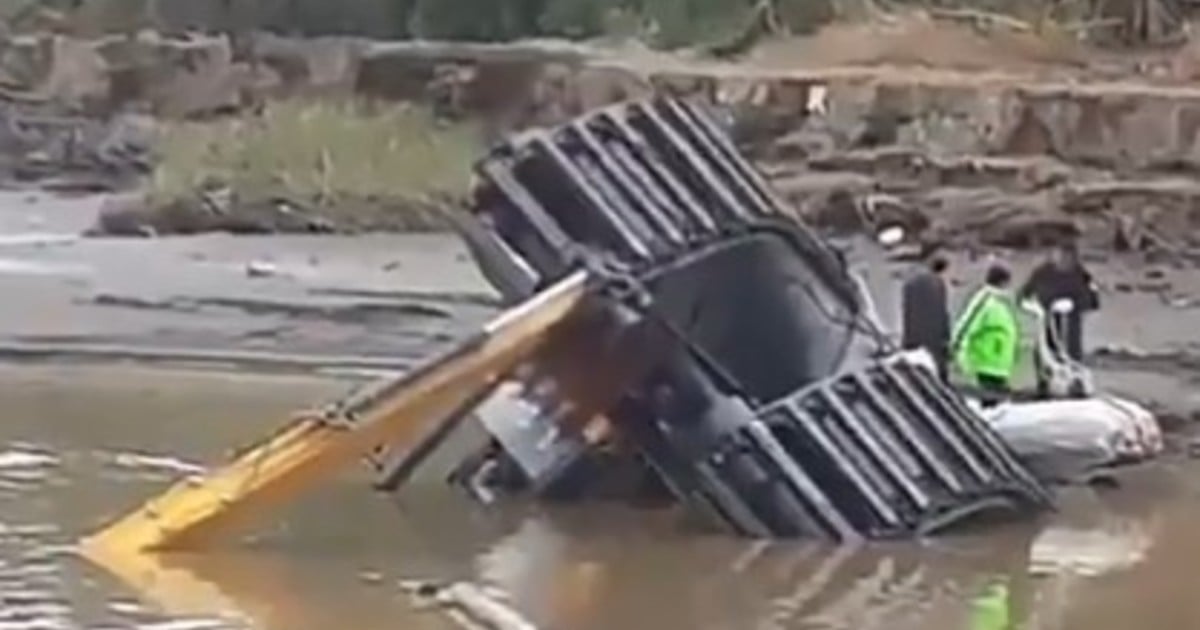 Ensenada Mayor K, Mario Secco, announced on Monday the purchase by the municipality of an expensive amphibious excavator to drain and clean the city’s streams, but on its first day of use the vehicle sank.

“We acquired a new amphibious machine that will allow us to clean the city’s streams and canals in a more efficient and competitive way. We continue to invest to continue growing,” the community chief, very close to Cristina Kirchner, had written on his social networks last Monday in the evening.

The enthusiasm for the acquisition had also been reflected in a video that Secco himself recorded for the citizens of Ensenada: “We are happy to receive this machine that will be able to help us do better jobs. We always had machines that cleaned from the sides of canals and streams. This is an amphibious machine“.

🚜 We acquired a new amphibious machine that will allow us to clean the city’s streams and canals in a more efficient and competitive way. We keep investing to keep growing 💪 pic.twitter.com/6Fxu8UHZej

According to him, it was a matter of a municipality management that required a “very big tender” and in the same video he anticipated that the machine, brand Liugong, was going to be taken to a corral that same night, and then put into operation the next day.

But on Tuesday, on the first day of work of the expensive machine, nothing went as the mayor expected: the excavator overturned in the water while operating in the vicinity of Club Regatas and had to be rescued.

After the images of the accident went viral, it was Secco himself who came out to show his face for what happened. On his Twitter account, the local chief explained that “This is not the first time this type of accident has occurred” and that “the amphibious backhoe is in perfect condition.”

“He is receiving the corresponding general service. Today, together with his driver, he will begin work on the Santiago Island gutter,” he wrote this Wednesday and accompanied the message with another video in which he clarified that the vehicle did not receive “no harm”.

Thanks to all Ensenadans who cared. The amphibious backhoe is in perfect condition receiving the corresponding general service. Today, together with his driver, he will begin work on the Santiago Island gutter. pic.twitter.com/3N2FAt2rzd

He also said that they will continue with that “tremendous work” that is a request from Club Regatas and that “there are practically two months left” to finish it.

On Wednesday night, the mayor’s account on social networks showed a video with the arrival of the machine in Ensenada and its operation, before and after the accident.

🚜The new amphibious backhoe is already working on cleaning the city’s canals, streams and ditches. 💯Immediate responses for Ensenada to continue growing.💚 pic.twitter.com/1DSfYfYA4P