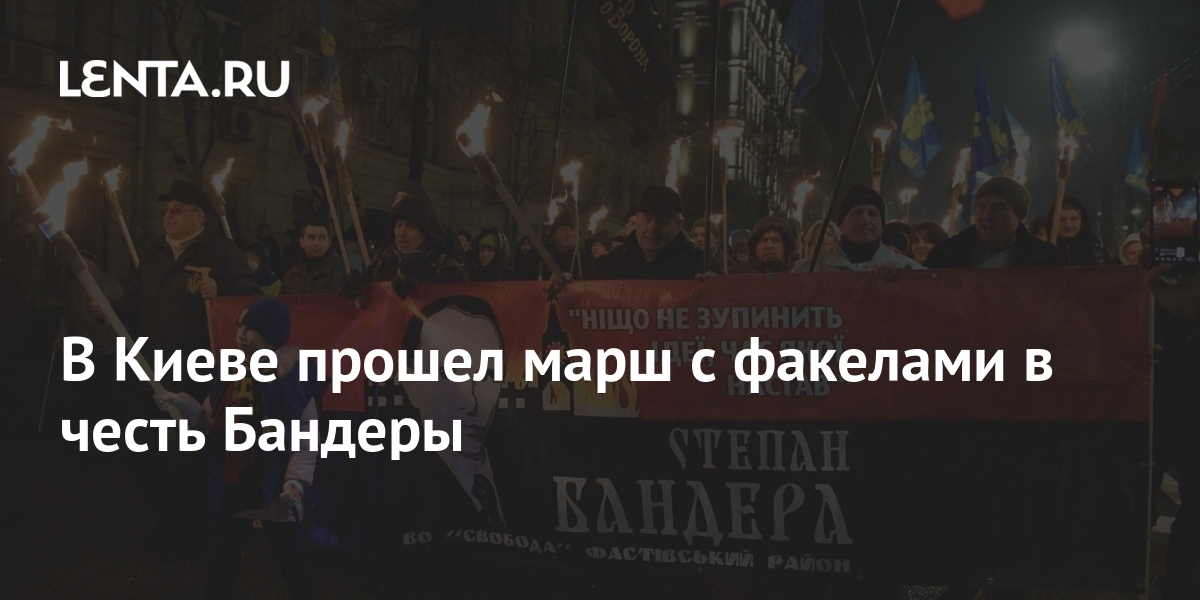 In Kiev, a torchlight procession took place in honor of the 113th anniversary of the birth of the leader of Ukrainian nationalists Stepan Bandera. It is reported by RIA News…

The participants gathered in the afternoon of January 1 in Shevchenko Park. They began the march with the song “Our Batko Bandera”. Then they shouted “No one is forgotten and nothing is forgotten”, after which they drew their sabers.

The main poster of the procession depicted the flaming Kremlin, and against its background – a portrait of Bandera. Also, the participants of the march brought a poster with an appeal to arrange “Nuremberg-2 over Jewish-Moscow communism.”

From Shevchenko Boulevard, citizens went to Khreshchatyk, and then to Institutskaya. The march ended in the city center near the office of Ukrainian President Volodymyr Zelensky. Before the end of the procession, Bandera’s supporters prayed. The action went smoothly.

Events in honor of the birthday of the leader of Ukrainian nationalists are held in Kiev every year.

During World War II, Stepan Bandera headed the Organization of Ukrainian Nationalists (OUN, banned in Russia)who actively collaborated with the Nazis. He was involved in the mass extermination of the Polish and Jewish population in the territories occupied by the Third Reich.

See also  Column "Uni live": "Go back to your country"

Under his leadership, nationalists carried out ethnic cleansing of Poles, Russians, Jews and Gypsies on the territory of Ukraine, and also participated in anti-partisan operations jointly with the Wehrmacht and the SS. In 1959, in Munich, Bandera was liquidated by the KGB agent Bogdan Stashinsky.

On January 20, 2010, the third president of Ukraine, Viktor Yushchenko, posthumously awarded Bandera the highest degree of distinction of the country – the title of Hero of Ukraine. On April 2, 2010, the Donetsk Regional Court declared this decree illegal, citing the fact that Bandera was not a citizen of Ukraine.

How many Ukrainians supported the march?

The torchlight procession was attended by about 3.5 thousand people. This was reported by the National Police of Ukraine.

It is noted that law enforcement officers did not record violations of law and order. A total of 56 mass events took place in the country in 20 regions.

The reaction of the world

The head of Crimea, Sergei Aksyonov, said that the nationalist march in Ukraine demonstrates the Nazi essence of the Kiev regime, which Bandera’s ideology will lead to its collapse.

Bandera is an ideological leprosy that is destroying Ukraine. It is based on ideas that are not only misanthropic, but also utopian. In fact, this is the ideology of a destructive sect, it is absolutely unsuitable for state building

The politician stressed that the current policy of the Kiev regime is based on Russophobia and unattainable goals, including the return of Crimea to Ukraine.

Israel also condemned the torchlight procession in honor of the 113th anniversary of the birth of Bandera. The country’s embassy in Ukraine said that the glorification of those who supported the Nazi ideology defiles the memory of the victims of the Holocaust in Ukraine.

The embassy demanded that Kiev conduct a thorough investigation of anti-Semitic manifestations that took place during the event.

In October, Ukrainian tiktokers launched a new flash mob and started singing the song “Our Batko Bandera”. Videos began to circulate on TikTok and other social networks, in which teenagers in different places and situations perform a song dedicated to the ideologue of Ukrainian nationalism.

Later the song was sung by the military chaplains of the Orthodox Church of Ukraine (OCU) in the Lviv region. In addition to them, the song was also performed by students of the Mykola Lysenko Lviv National Music Academy. More than 50 students took part in the action.

Also, pupils of the first grade of the Ternopil school joined the TikTok challenge. The video shows how four first-graders in embroidered shirts and military caps sing the song “Our Batko Bandera, Ukraine – Mother.” After finishing the verse, the students raise their hands, which resembles a Nazi greeting.

The song “Our Batko Bandera, Ukraine – Mother” in the Ukrainian segment of the Internet has become more popular than the new track “I don’t know” by Russian rappers Morgenstern and Slava Marlow. According to the UNIAN agency, not a single Internet request for a song about Bandera came from Crimea, which Kiev continues to consider as its territory.

Elon Musk's Neuralink company, which develops an invasive neural interface, has posted a vacancy for the director of clinical trials.... 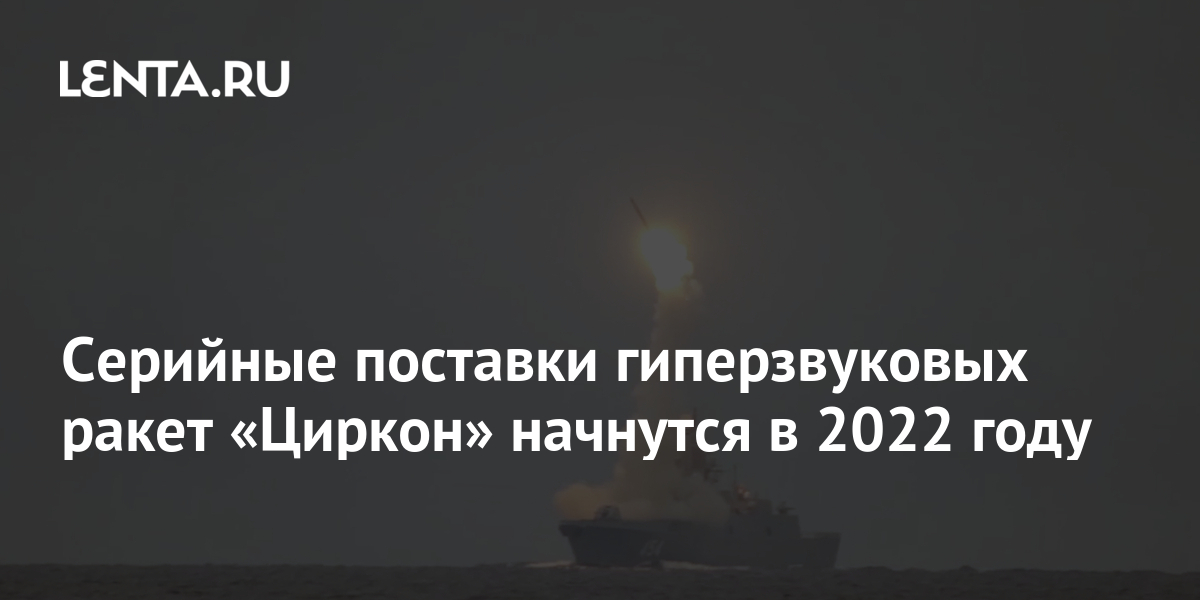 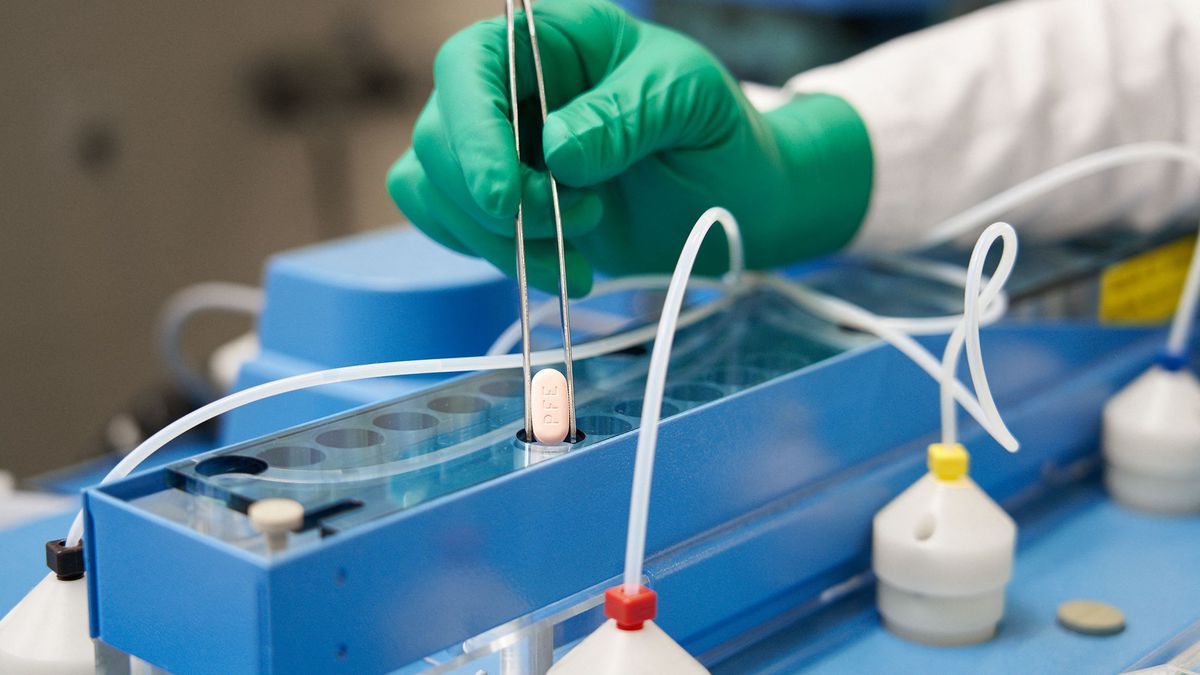 Video | Paxlovid: this is the oral drug to treat covid-19

On January 10, the President of the Government, Pedro Sánchez, announced the purchase of 340,000 doses of Paxlovid, the new...

What does Borussia Dortmund need to be in the last 16 of the Champions League?