A manager seizes 430 thousand dirhams through fraud and fraud 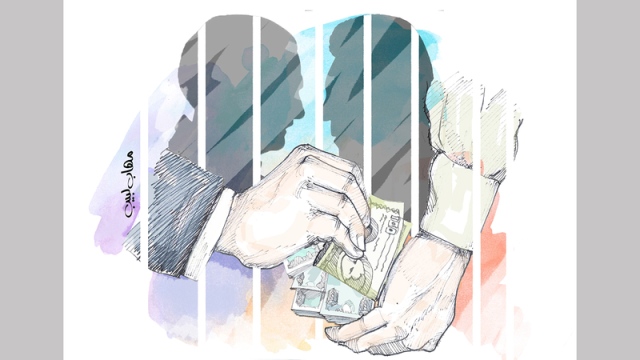 The Dubai Criminal Court has begun the trial of a (Arab) director on charges of seizing about 430 thousand dirhams of forgery and fraud, after he assumed the status of a police employee and offered to sell the victims of police scrap to them at an attractive price, in addition to granting them a concession to supply two canteen penal institutions in the police apparatus in two emirates By the state.

One of the victims (a company manager) said in the investigations of the Public Prosecution that a person in another company informed him about the influence of the accused and his ability to facilitate obtaining a supply contract for the police in one of the Emirates, so he contacted the accused and asked him about the possibility of cooperating with them, and the latter informed him that there is scrap belonging to the police. At a value of 200 dirhams per ton, he can also conclude a supply contract for the penal institutions of the police force in another emirate.

He added that the accused requested an amount of 25 thousand dirhams as a security to bring the entry permit cards to the penal institution in order to inspect the scrap there, so they handed him the amount, and he gave them three entry permits cards to the penal institution, then he asked them later for 160 thousand dirhams to terminate the contract of supply and management of the canteen of the same institution, But in another emirate, they gave him money and handed them over a supply contract attributed to the police, and they gave him a commission of another 60,000 dirhams.

The victims indicated that the accused informed them that the company would receive a call from the concerned police to set a date for signing the contract, and a woman actually called him, who claimed that her name was “Captain Sarah”, and told him that he would soon set a date for him to inspect the scrap, then the communications between them were cut off in light of the outbreak of a pandemic ( Corona).

He explained that he contacted the accused again to ask him about the developments of the situation, and the latter informed him that the meeting would take place soon, and that he would meet him in Dubai accompanied by the police official concerned with the implementation of the deal, but he continued to procrastinate until he contacted the victim of the other company through which he got acquainted with the accused, and informed him that he was a fraud. In the same manner, the total sums seized exceeded 430,000 dirhams.

– The accused got the commissions from the two victims and delayed them to finish the deals.

Results of the meeting on Donbass became known