A man was expelled from his sister’s house, according to a court ruling 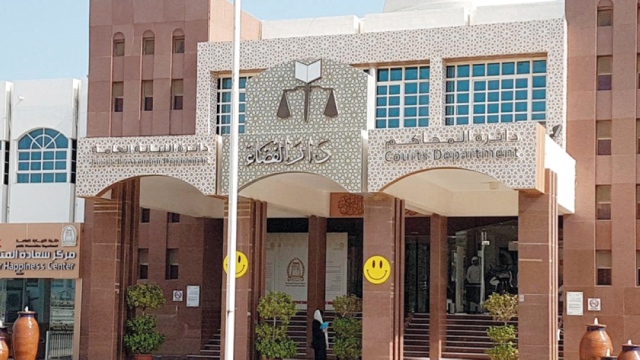 A civil court in Ras al-Khaimah ruled the expulsion of an (Arab) man from his sister’s house, and handing her over to him free of persons and concerns, after he refused to evacuate it, on the pretext that the house belongs to him, and that he who built it from his own money.

The plaintiff filed a lawsuit in which she demanded that the defendant be expelled from her home, as he was a usurper, and handed it over to her free of persons and concerns, according to an ownership document, and that due to the family bond, she left the house for the defendant to benefit from it from the time of its purchase, until the filing of the lawsuit.

She explained that she decided to take possession of her house from him to offer it for sale, and asked him repeatedly to hand it over to her, but he refused without justification, which made her file a lawsuit to obtain it, and decided that she owns the house according to an ownership document, while the defendant requested before the court to direct the decisive oath to the plaintiff that the house is from his own money It is not from his father’s money, nor from the plaintiff’s money.

The court confirmed that the plaintiff transferred the ownership of the house to her according to a transfer document and the type of property is fixed, which contradicts what the defendant claims during the first court session, and in his statements during the second session that he contributed to the purchase of the house with his father.

She stated that the court established that the plaintiff is the owner of the property right over the house, and she has the right to protect this right and benefit from it, and that she has the right to recover it from the one who puts his hands on it, and since the defendant did not present a document indicating that he was placed on the house, rather it was hosting him in the residence therein. By the plaintiff, and he is not authorized to remain in it and possess it without her will, and then his possession of the property is without support, and his hand over it is usurping and without a valid bond, and he must return it to its owner, and the court shall order the expulsion of the defendant from the house and handing it over to the plaintiff free of persons and concerns, And obligating him to expenses and attorney fees.

Verstappen to "Hamilton": "Emilia's lead" at the first corner