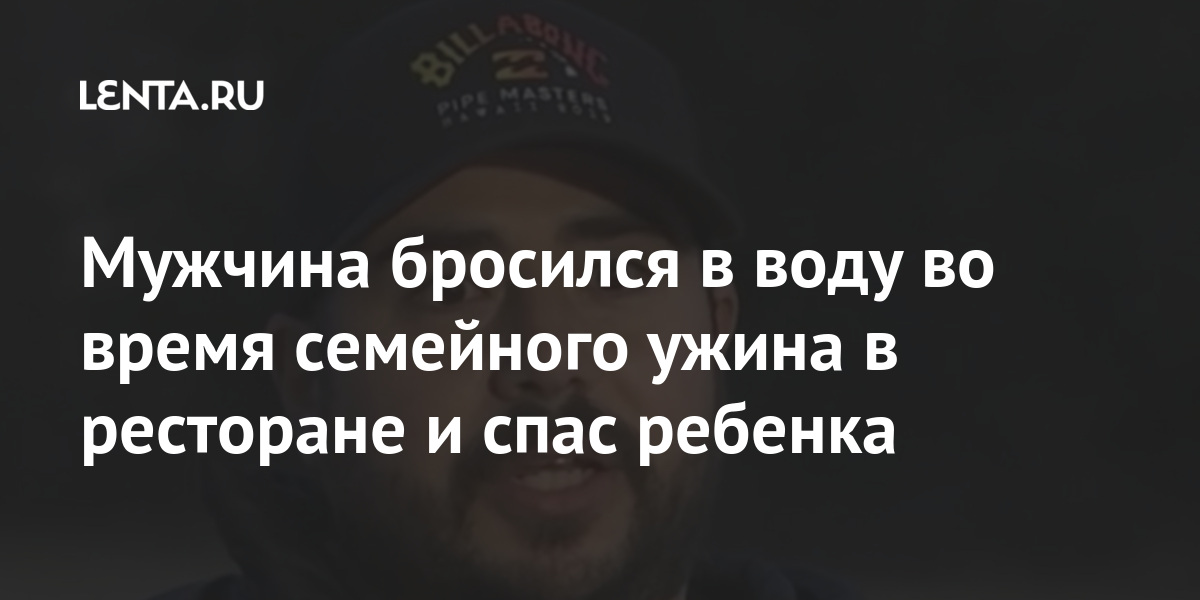 The man threw himself into the canal and rescued a drowning boy in the American city of Washington. It is reported by the WTOP News portal.

On Saturday, March 13, Juan Gonzalez dined with his lover and daughter in one of the restaurants located on the banks of the Washington Canal. At some point, cries for help began to reach the family.

“We heard people screaming and realized that something had happened,” Gonzalez said. It turned out that the boy fell into the icy water not far from the place where they dined.

“I saw a child in the water and thought that the water was cold, so something might happen. In a few seconds I was already jumping, ”he said.

Gonzalez swam up to the crying boy and dragged him to the stairs, along which they both climbed to the shore. There the doctors were already waiting for the child. The boy was taken to the hospital for examination.

Earlier it was reported that a resident of the Welsh village of Christchurch near Newport, while hiking in the mountains, rescued two men from a car drowning in an icy river. The victims were taken to the hospital.