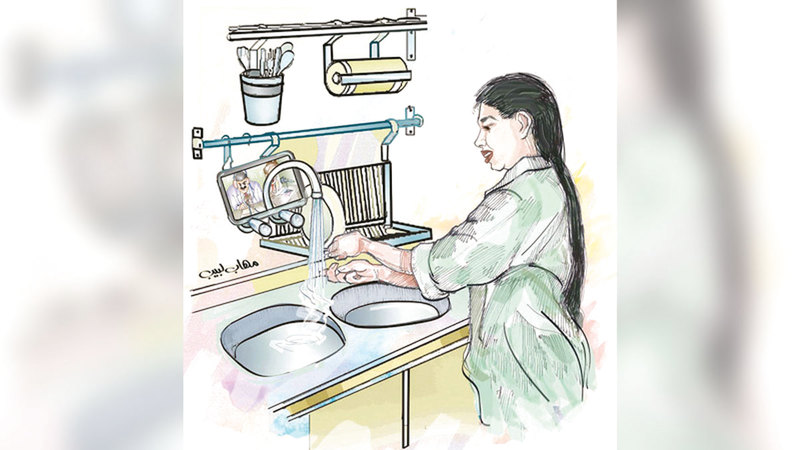 A partial civil court in Ras al-Khaimah ruled that an Asian woman working as an intermediary to recruit maids must pay an Arab woman 7,970 dirhams, as a result of the escape of a maid she had brought for her, only 20 days after starting work for her, following a dispute as a result of the maid’s request to increase her salary 300 dirhams, to 1,500 dirhams. instead of 1200.

In detail, an Arab woman (the plaintiff) filed a lawsuit, in which she stated that she received the defendant (an Asian maid), and paid her full fees at 7,970 dirhams. 1500.

She pointed out that she contacted the defendant (the mediator) to return the maid and return the money she had paid as a result of bringing her in, but she was procrastinating, and the maid ran away from her home during the trial period, and it was found that she had moved from Ras Al Khaimah to another emirate.

She explained during her statements in court that the maid left the house due to a dispute over her salary, and that the agreement that was made between her and the defendant stipulated that the maid’s salary would be 1200 dirhams, while the maid was asking for an increase of 300 dirhams on the salary.

The defendant indicated, during the hearing of her statements in court via audio communication, that she did not have an office to bring in maids, and that she mediated to bring the maid to the plaintiff, and that the office responsible for the maid is located in another emirate, and she was not aware of the reason for the maid’s escape from work.

She explained that the defendant’s breach of the implementation of the agreement concluded between them, allows the plaintiff the right to claim the refund of the amount of money she handed over to the defendant, as long as the maid did not continue her work.

She pointed out that the defendant admitted that she did not have an office to bring in maids, and accordingly the court, pursuant to the Civil Procedures Law, obligated the defendant to pay the plaintiff 7,970 dirhams, and obligated her to pay the costs and fees of the case.