A lips injection turns a girl’s life into a tragedy! 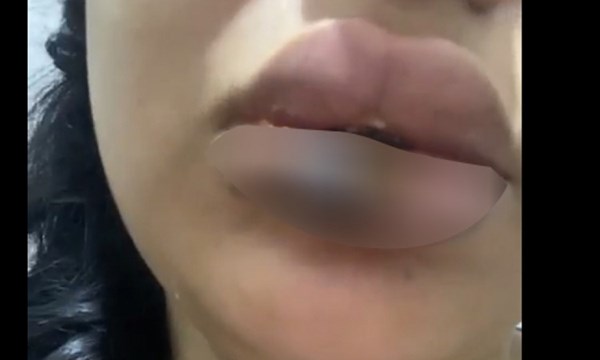 The life of an Egyptian girl in her twenties turned into a tragedy after a lip injection caused her to have gangrene in the mouth.
A police report revealed that the victim, Aya Muhammad Abd al-Nabi, accused Dr. Iman Muhammad Saleh of causing her to have gangrene in the mouth, an area of ​​3 cm, and submitted a medical report.
Aya said, “I went to Dr. Iman Mohamed Saleh’s clinic to inject my lips, and after the injection a swelling appeared and gangrene, so I went to her again. The issue was normal and she injected me again, and by inquiring about her it turned out that she is a dentist and not a plastic surgery specialist,” according to the Egyptian newspaper, Al-Dustour.

Meeting in Anchorage: American and Chinese top diplomats argue in front of the cameras