A life of up to 150 years between dream and reality 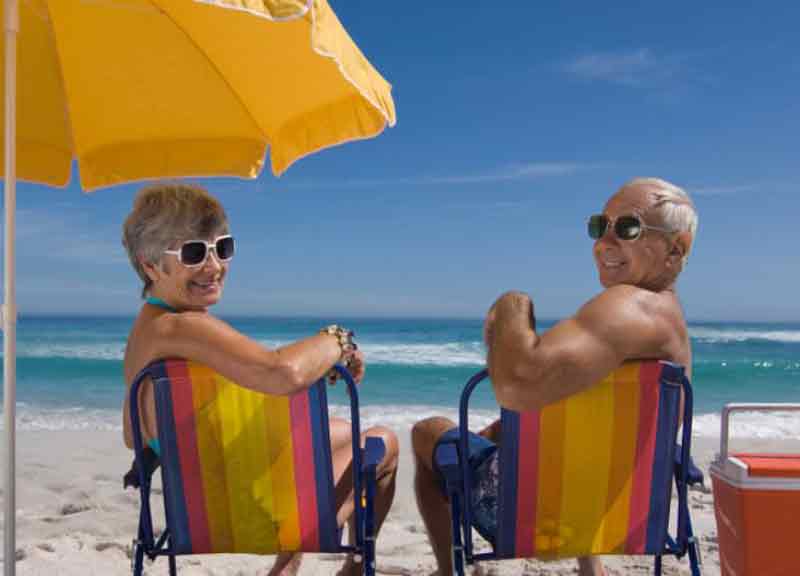 It is evident that the average life has lengthened and by a lot. The oldest person in history – a French woman named Jeanne Calment – lived to be 122. When she was born in 1875, the average life expectancy was around 43 years. Now a reasonable life expectancy is around 80 years and in some particular areas, such as Sardinia or Okinawa in Japan, it even exceeds 100 years.

Not only mere mortals but also the scientific community has always asked the question of how long a human being can really live.

Giving an answer on the average life expectancy (the number of years you can expect to live) is quite easy, different instead is answering what the maximum life span could be (the most advanced age of a human being) .

Some studies have blocked the bar on 140 years. A very recent work has instead set the limit to 150 years.

The most used method for calculating life span is the so-called Gompertz equation, developed in the 19th century. With this calculation it is observed that the human death rate from disease increases exponentially over time. The chances of dying, for example from cancer, heart disease or numerous infections, multiply by approximately two every eight to nine years.

This type of calculation uses many factors starting with gender or family illness and is even used to calculate premiums by life insurance companies.

Obviously, insurance companies want to have a complete picture of their customer when assessing the risk, starting from knowing if he smokes, is married, if he is a sportsman or other.

Another calculation method used to understand how long we could live is to observe how our organs deteriorate over time by comparing the rate of deterioration with the age at which they stop functioning.

The eyes, for example, and the amount of oxygen we consume during physical activity show an overall average decline as we age. Most estimates indicate that organs will only function until the average person is around 120 years old.

Of course, every person is different and in some cases people age earlier than others.

Currently, researchers from Singapore, the United States and Russia are adopting a different computation model using computers. And with this model we have reached the limit of 150 years.

Scientists are convinced of the relationship between the possibility of dying and the speed with which a person heals from a disease. This parameter is a measure of the ability to maintain normal biological balance, homeostasis or resilience. Typically, the younger you are, the more quickly you are able to recover from the disease.

To confirm this belief, the researchers took blood samples from over 70,000 participants aged up to 85 and observed short-term changes in the number of blood cells.

The number of white blood cells indicates the level of inflammation (disease) in the body, while the volume of red blood cells can be an indicator of the risk of heart disease, stroke, or cognitive impairment, such as memory loss.

With this indicator called “indicator of the dynamic state of organisms” (DOSI) it was observed that regardless of health or genetics – resilience would cease to function completely at 150 years, placing a theoretical limit on the duration of human life.

However, these calculations do not predict, for example, the discovery of new drugs or medical treatments for various diseases.

For example, a child today can count on about 85 years of medical advancements to improve life expectancy, while a person who is 85 today is limited by current medical technologies. Consequently, the calculation is quite accurate on the elderly less so for the young.

To cross the 150-year limit, three things are currently required:

good and long-lived genes, a healthy diet and exercise.

Beyond these aspects, a breakthrough in knowledge on the biology of aging is also necessary, especially as regards treatments and drugs capable of prolonging the duration of a healthy life.

At the moment, adding more than 15% to 20% to the duration of a healthy life in normal mammals is extremely difficult.

Even at the current rate of progress, we can be sure that life expectancy will increase, because that’s what it has been doing since Gompertz lived in 1860.