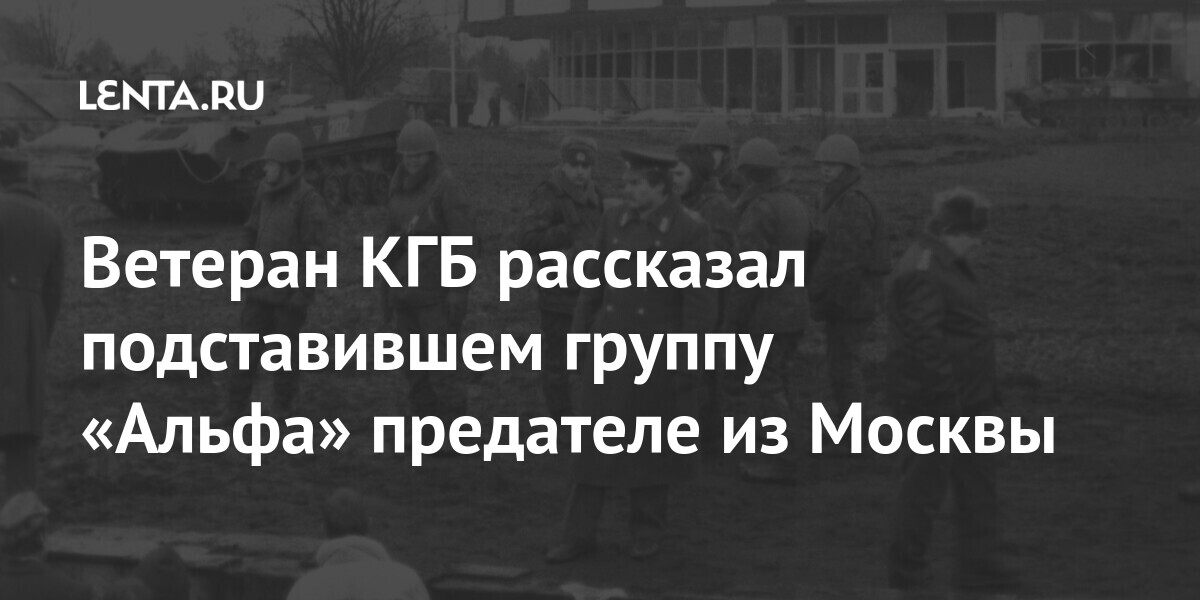 USSR KGB veteran Yuri Kobyakov told a traitor from Moscow who set up the Alpha group, which in 1991 was supposed to arrive together with other Soviet special forces in Vilnius. He wrote about this in his article “Lithuanian SSR, 1988-1990: Perestroika or Betrayal?” in the magazine “National Defense”, reports RIA News…

According to Kobyakov, in 1990-1991, the state security bodies identified in Lithuania employees of the American, British, Polish and German special services who worked illegally. They oversaw several Lithuanian nationalist organizations, including the Sajudis movement. “In fact, they controlled the process, as they say now, of the“ color revolution ”in Lithuania,” he said.

In January 1991, when the situation in the republic heated up to the limit, the question of restoring order in Lithuania and introducing a special order of government there was decided. These days, the special services recorded a call from the Moscow building of the Central Committee of the CPSU to the leader of “Sayudis” Vytautas Landsbergis, who served as chairman of the Supreme Council of Lithuania. An unidentified subscriber told him about the detailed plans of actions of the Soviet security forces, including the Alpha group that had arrived in Vilnius.

Having learned this information, the nationalists and their curators from the Western special services organized “a massive protest against the seizure of the TV tower,” the KGB veteran said. “Their snipers were placed on the rooftops of nearby houses. They were the ones who mercilessly shot the crowd of their compatriots, ”Kobyakov stressed.

The clashes between the supporters of the independence of Lithuania with the servicemen of the USSR Armed Forces and the leaders of the National Salvation Committee of the Lithuanian SSR took place from 11 to 13 January 1991, less than a year after the proclamation of Lithuania’s secession from the Soviet Union. According to the Lithuanian prosecutor’s office, as a result, at least a dozen people died, and the number of injured reached 900.

According to the official version of the local authorities, people died and suffered through the fault of Soviet soldiers. However, several years ago, veterans of the Alpha group announced that not a single Lithuanian citizen was injured during the storming of the TV tower and the building of the radiotelecom.