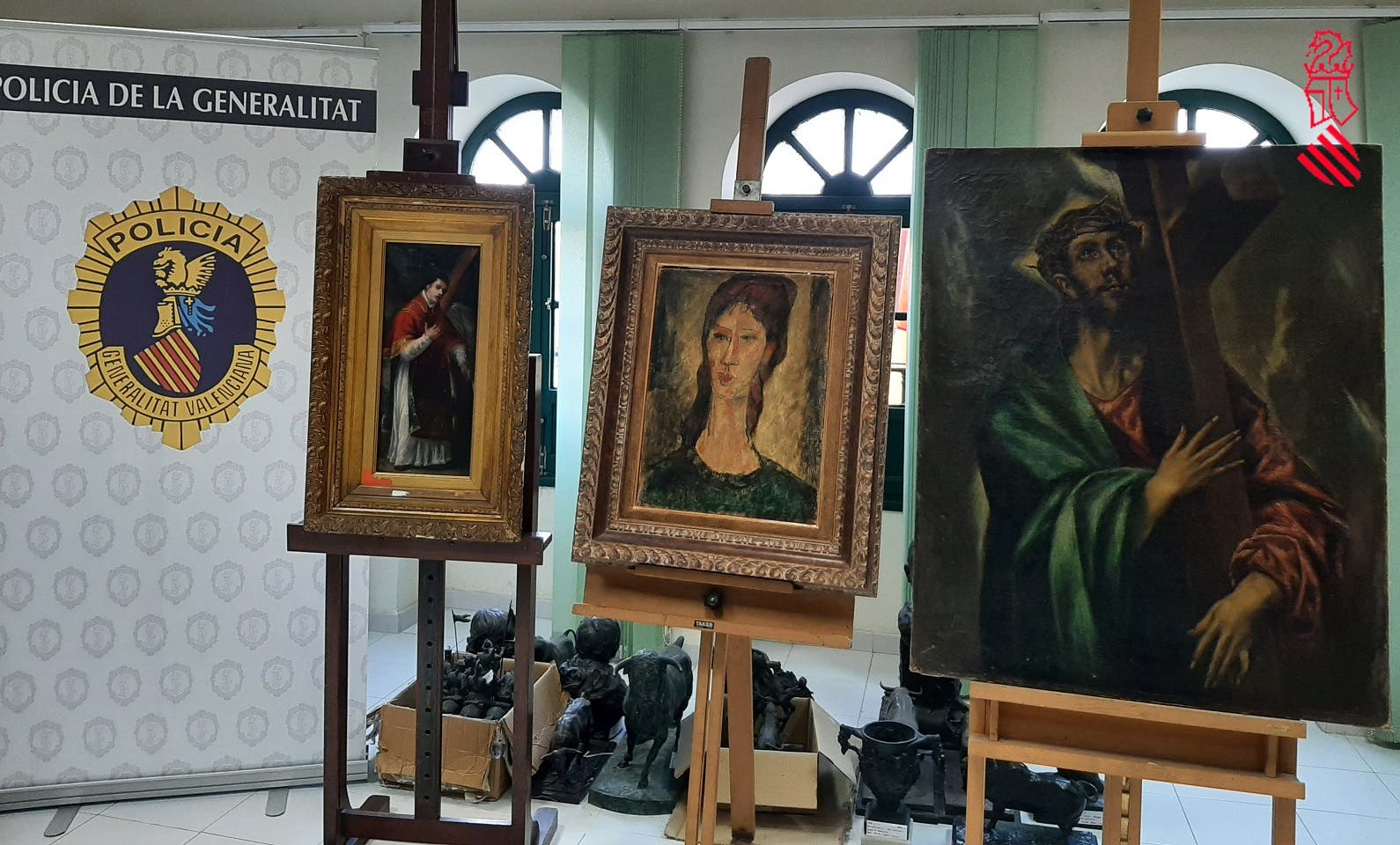 The Historic Heritage department of the Generalitat’s Autonomous Police confiscated the artworks from a builder and amateur collector in Toledo (Castilla-La Mancha), which was the final residence of historic Renaissance artist El Greco.

According to regional government sources, the owner had placed the pieces on sale claiming they were authentic, with the help of a network of art merchants who sent out emails to international collectors in exchange for 10% of the profits.

The sale of the fake Modigliani was reportedly backed up with several forged documents certifying the alleged authenticity of the painting, with the aim of selling it to buyers in Switzerland, Mexico and Germany for an asking price of € 8.5 million.

However, researchers at the Valencian Conservation, Restoration and Investigation Institute found that the piece was not an original Modigliani, but rather a forgery made by an anonymous painter who copied the original artist’s style and theme.

The pieces by El Greco, sold for € 2.5m, and Goya – € 1.5m – were also apparently certified as originals, but were uncovered as fake by experts at the Toledo’s Museo Sefardi and the Museo Nacional del Prado in Madrid.

According to police, the owner had acquired the pieces either as an investment or as payment in exchange for building work, amassing a collection of around 1,000 pieces despite having almost no knowledge whatsoever about art.

The presence of forgeries on the international art market is a persistent problem according to police investigators, who insist that work by famous painters is usually certified by a qualified specialist on that particular artist, and not by an anonymous historian or antiques’ dealer.

The same sources add that the important thing to look for when buying a painting is not how many official-looking documents accompany it, but rather who has issued the certificate of authenticity.

Dead by Daylight Announces Upcoming Improvements for The Betrayer

Macron urged the West to identify red lines for Russia