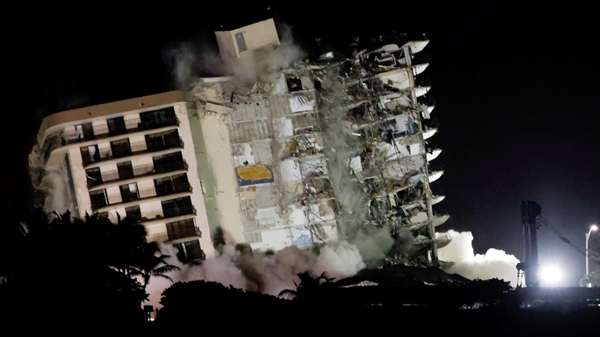 Miami-Dade Mayor Daniela Levine Cava announced a significant increase in the death toll from the collapse of an apartment tower in the Miami area last month.
The mayor said the number of people confirmed killed in the disaster had risen to 86.
No survivors have been pulled out alive from under the rubble since the early hours of the tower’s partial collapse in the early morning of June 24.
Investigators have not yet determined the cause of the collapse of the 40-year-old building.