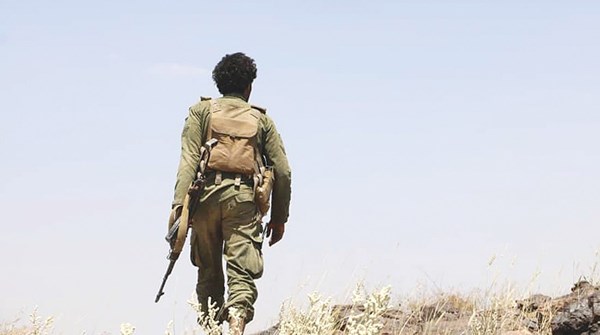 A member of the terrorist Houthi militia was killed and 8 others were injured as a result of an armed conflict that erupted against the background of collecting “zakat” from merchants. “A meeting was held at a headquarters in which the militia members of the Al-Sayyah sailors met in the Shoub District, one of the directorates of the city of Sanaa, the capital,” a meeting was held to discuss the distribution of costs among them in order to go to the merchants and plunder them in the name of collecting zakat. And she continued, “A disagreement arose and developed into a clash of words and a physical entanglement, then Abd al-Hamid Hamyan stabbed Ahmad al-Uqbi in the neck, and then gunfire was fired by people belonging to the homes of al-Abed, Qais and al-Shami.” The sources added that preliminary information indicates that one was killed and 8 wounded, some of them in serious condition.
Residents of the areas under the control of the Houthi militia suffer from the continuous plundering of their money and savings, according to various descriptions, which increase during the month of Ramadan under the pretext of collecting “zakat” by arbitrary methods, and with unfair amounts that emptied them from their religious nature of solidarity and solidarity, and reflected on the high prices.
The Chamber of Commerce and Industry and its General Union in Sana’a had complained in a previous statement about the arbitrariness of the “Zakat Authority” affiliated with the militias.
It is noteworthy that most of the money collected by the militias under the pretext of “zakat” is spent on its members in the commission or through support projects for the families of its members.

Who is Armin Laschet, the candidate seeking to follow in the footsteps of Angela Merkel in Germany?