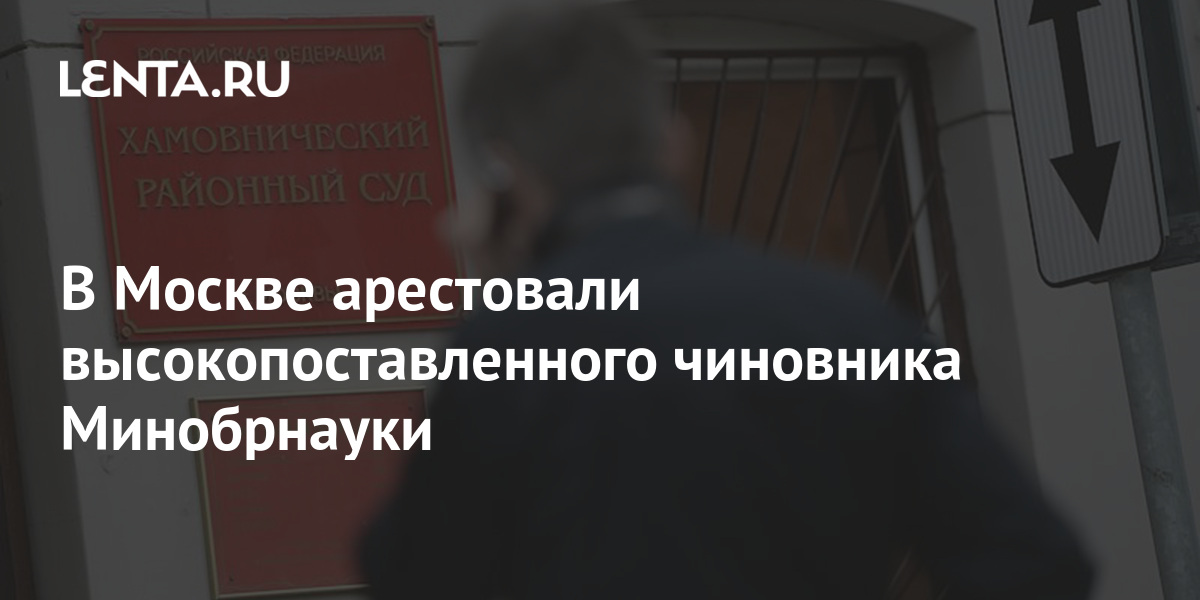 Moscow’s Khamovnichesky Court has arrested a high-ranking official of the Ministry of Education and Science in a corruption case. About it TASS reported in the press service of the court.

At the request of the investigation, a preventive measure was chosen in the form of detention in relation to the head of the procurement inspection department of the control and audit department of the ministry, Mikhail Sherstobitov. He was sent to a pre-trial detention center until August 7.

The official was charged under Article 290 of the Criminal Code of the Russian Federation (“Taking a bribe by an official for illegal actions”).

QUAKE Remaster officially announced. A classic available on PC and consoles from today