“A gun pointed at the sky”, says a worker who gestured in a photo with Bolsonaro 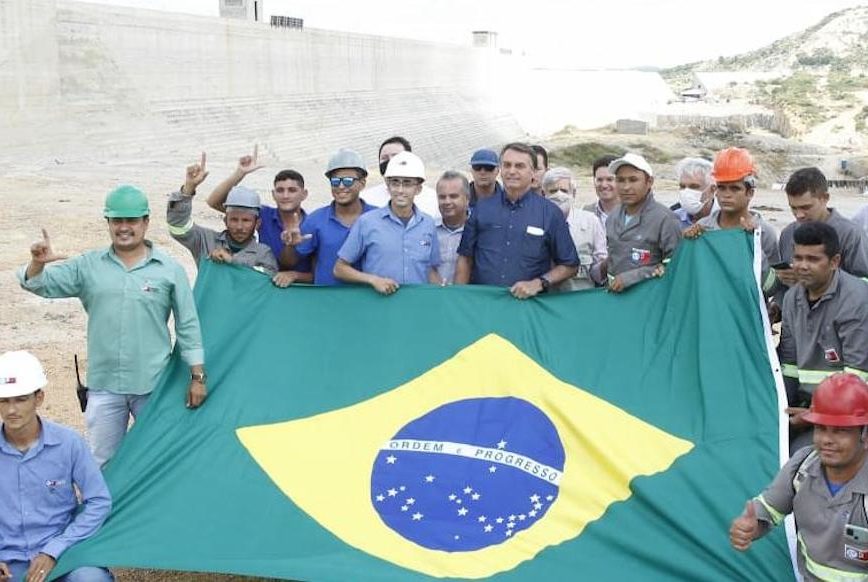 One of the workers who was registered making gestures with his hands that resembles the letter “L” in a photo beside President Jair Bolsonaro, in Jucurutu (RN), said that the fingers signal “a gun pointed at the sky”. Carlos Eduardo Pinheiro clarified the gesture in interview to the portal UOL.

The photo, taken during a technical visit to the Oiticica Dam on Thursday (June 24, 2021), was the subject of discussion on the authorities’ social networks. Many opposition politicians claimed that the letter “L”, written by 4 workers during registration, was a reference to the L of former president Luiz Inácio Lula da Silva.

“I voted for him [Bolsonaro]. I like his government, what got in the way was the pandemic. In 2022, I will vote again, but I think that here in the Northeast the majority does not vote for him”, said Carlos. He is the one on the left in the photo, wearing a blue shirt and no helmet.

The worker also posted on his Instagram profile another photo next to the agent:

The person who also made the gesture with his hands and was located by the report is the occupational safety technician Egildo Junior.

When responding to a post by PT deputy Natália Bonavides on Instagram, Egildo said that the gesture “it was a request from the president himself”, but at the time of the photo “some did and some didn’t”.

The photo was originally published on the official website of the Ministry of Regional Development. But, after the controversy, it ended up being erased by the folder.

About the Oiticica Dam

The dam will receive water from the North Axis of the São Francisco River integration project. The government announced that it will release another R$38 million to ensure its continuity. The entire work is budgeted at R$657.2 million and the government expects completion by December 2021.