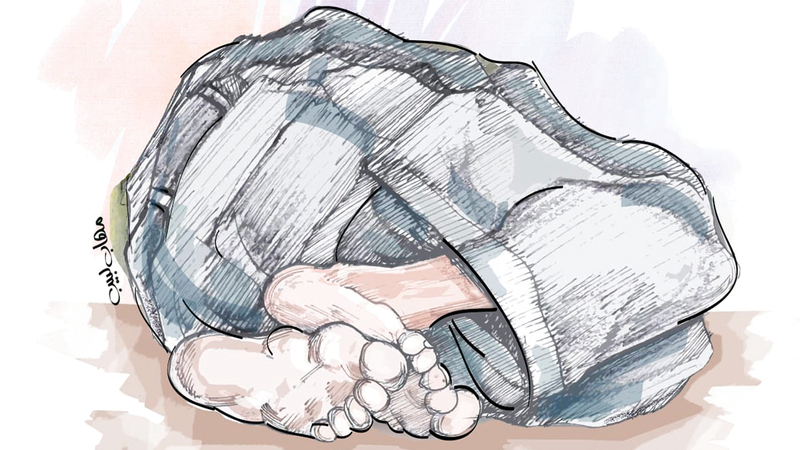 The Dubai Criminal Court has sentenced a Gulf Arab man to 10 years in prison for the premeditated and premeditated killing of an Asian, in a dispute over the use of feed waste.

Public Prosecution investigations revealed that the accused intended to kill the victim, and even told a worker on his father’s farm about it, and then performed strange behavior during the execution of his crime, as he hit the dead man with a hammer on his head and chest while he was sleeping, then wrapped the body and put it in his vehicle, and he was in a desert area Making a fuss with his car, looking for a place to throw it, and who was frightened, threw it in one of the popular places, and while he was leaving, his car got stuck in the sand, so he left it and walked back, after throwing the crime instrument, but was stopped by a police patrol, he told its members that he ran over the victim and did not kill him, He was afraid of being arrested, so he threw his body in the place where it was found.

And a witness from the Dubai Police stated in the investigations of the Public Prosecution that a report was received about a person who makes a fuss (drops) his car in an area near the Global Village, as he was arrested by the site’s security guard, so a patrol moved and stopped him, and went with him to his car, and traces of blood were observed covering its side. The entire left and her pelvis as well.

When asked about the source of the blood, he stated that he had caused a traffic accident for a person, and he was guided to the location of the body that he had thrown in a site under construction, and a traffic charge was registered against him at first, but it was found through research and investigation that there was a problem between the accused and the victim, in the presence of a third person working in Father’s first farm.

By asking the aforementioned worker, he stated that the accused came to him, told him that he would kill the victim, and asked for his help, but he refused.

The witness said that he and the victim were sleeping on the day of the incident, so the killer woke him up, asked him to accompany him quietly to the car, and told him that he would kill his colleague now, and he had a hammer in his possession, so he did not imagine that he would do that, but he was terrified when he saw him hitting him on the head and chest, so he ran away, for fear of to assault him in turn.

Confronting the accused later with this information, he admitted the incident, deciding that he hit the victim, wrapped the body in a quilt, and threw it in a sandy area, and led to the location of the hammer he used in carrying out the crime.

By repeating his question in the Public Prosecution’s investigations, he denied hitting the victim on the chest, repeating that he ran over him with his car and did not kill him, and a psychological report issued by a medical committee proved that he was conscious and aware of what he was doing, and had the will, insight and correct judgment on matters, while the forensic report proved that the injuries Damage to the victim as a result of being hit by a hard machine, and it is excluded as a result of a traffic accident.

In addition, during the trial, the defendant’s defense decided that he was under the influence of psychotropic substances, and did not remember what happened, and submitted an inheritance notification from the victim’s family, in which its members decided to waive their right to retribution.

In its ruling, the court confirmed its reassurance that the accused had the intention to kill, given the circumstances surrounding the incident. Among the circumstances of the crime and the accused, he was treated with a measure of clemency, and the penalty was reduced to 10 years in prison.