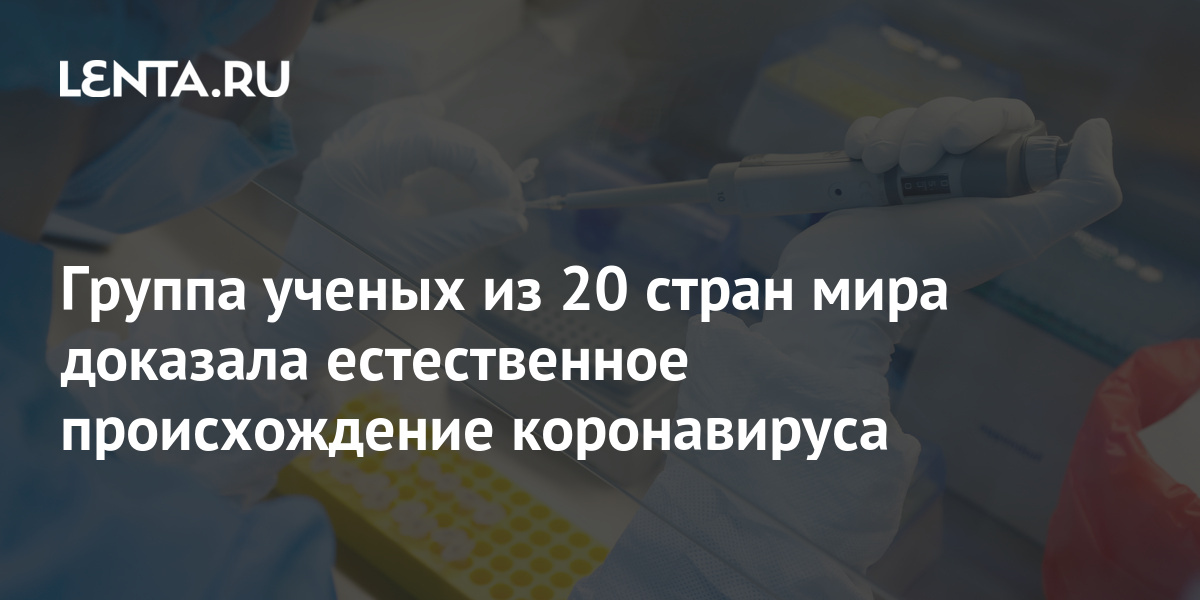 A group of scientists from 20 countries around the world, in particular from Australia, the United Kingdom and the United States, announced evidence that the coronavirus is of a natural – zoonotic origin. This is reported in a study published on the portal Zenodo…

Despite the fact that there is no consensus about which animal is the carrier of the infection, there are strong arguments in favor of the natural origin of the virus, scientists say.

According to the researchers, there is no evidence that any of the early cases of coronavirus infection are related to the Wuhan Institute of Virology, however, there are clear links to animal markets in Wuhan.

They also stated that there were no human cases that could be associated with the activities of the Wuhan Institute of Virology. Further evidence in favor of the natural origin of the infection is related to the fact that SARS-CoV-2 mutated on its own and increased survivability.

The group of scientists recalled that previous outbreaks of coronavirus infections, such as SARS-CoV and MERS-CoV, are also zoonotic in origin.

Earlier, scientists from the Chinese Academy of Sciences and Shandong University conducted a study on the evolutionary origin of SARS-CoV-2 and discovered 24 new types of coronavirus in bats.

In June, the head of the Russian Ministry of Health, Mikhail Murashko, said that at the moment it was impossible to say that the virus was of artificial origin.