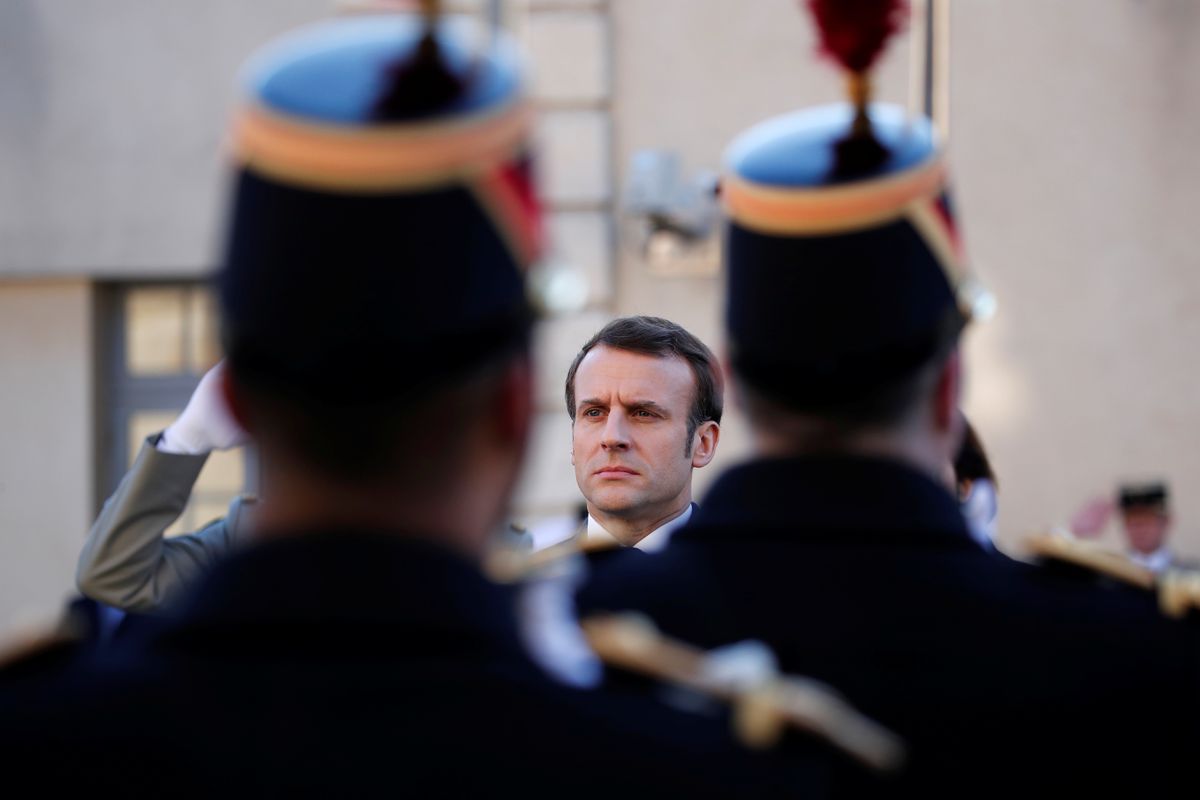 A rostrum of retired French soldiers calling on the president, Emmanuel Macron, to react to the “collapse” of France due to “anti-racists”, “Islamists and the hordes of the peripheries” has unleashed controversy in the country. On the one hand, there are all those who criticize the step taken by some (former) members of the Armed Forces who are required to be neutral, in a case with strong parallels – and similar language – to that experienced in Spain as a result of the letter that 73 retired Army commanders wrote to King Felipe VI against the Government of Pedro Sánchez.

There are also those who have lamented, especially among the left-wing opposition, the official response, late and not very forceful: just a series of tweets from the Minister of Defense, Florence Parly, several days after the publication of the text. Finally, there is the criticism, this time relatively broad, shared even by the inspirer of the rostrum, of the attempts of the extreme right leader, Marine Le Pen, to extract electoral gain from the discomfort of the ex-military signatories, inviting them to his political project .

At the origin of this new controversy is the platform published on Wednesday in the ultraconservative magazine Valeurs actuelles denouncing a “collapse” of France “through a certain anti-racism that seeks a single objective: to create unrest, hatred between communities” and provoke a “race war”, at the same time as “despise” the country, “its traditions and their culture ”. According to the signatories, identified by the magazine as “a score of generals, a hundred high-ranking commanders and more than a thousand other military personnel”, France also suffers a “collapse” in the face of “Islamism and hordes of the peripheral neighborhoods” that they try, according to the signatories, to transform parts of France “into territories subject to dogmas contrary to our Constitution.”

“Those who run our country must find, imperatively, the necessary courage to eradicate these dangers,” claim the military, urging Macron “not to waste any more time.” Because “if nothing is done”, they warn, “laxism will continue to inexorably spread in society” and could provoke “the intervention of our active comrades in a dangerous mission to protect our values ​​and safeguard our compatriots in the territory. national”.

On Friday, Le Pen wrote another tribune in the same magazine inviting the “gentlemen general” to join his electoral project. “The concerns that you courageously express (…) demand the search for a political solution (…) That is the objective of my candidacy for the presidency,” wrote the leader of the National Regrouping. The author of the original rostrum, the former gendarmerie officer, and then yellow vest Jean-Pierre Fabre-Bernadac, has rejected the attempt “of recruitment, the less clumsy”, by Le Pen.

But the harshest reactions against the military rostrum – and Le Pen’s support – have come from the left. The leader of France Insoumise, Jean-Luc Mélenchon, claimed after the “astonishing declaration of the military, claiming the right to call their active colleagues to an intervention”, a clear response from the Government and the activation of justice against the “factional military ”. Also the former socialist candidate Benoît Hamon denounced the official silence. “60 years after the beginning of putsch [golpe de Estado] from Algiers’ [contra el entonces presidente y también militar, el general Charles de Gaulle], 20 generals explicitly threaten the republic with a military coup. Marine Le Pen calls them to join. No reaction from Florence Parly or [el primer ministro] Jean Castex or Emmanuel Macron, ”tweeted the founder of the left-wing formation Génération.s. Also for the ex-deputy macronista Aurélien Taché the situation is disturbing. “A score of generals and thousands of soldiers sign a platform where they challenge the State and receive the consent of Le Pen. Jihadist terrorism on one side, ultra-nationalism on the other, French democracy is well threatened, ”he said.

Finally, on Sunday, the Defense Minister published three tweets against an “irresponsible tribune”, although she recalled that as retired soldiers, the signatories “only represent themselves.” Parly directed the bulk of criticism against Le Pen and her “serious ignorance of the military institution, something disturbing for those who aspire to become chief of the armies,” he wrote. “Two immutable principles guide the action of the military in the face of politics: neutrality and loyalty (…) The armies are not to campaign, but to defend France and protect the French,” he recalled in a response that has not been able to turn off the Criticism: the left continues to demand judicial sanctions against the military and an explicit condemnation of Macron.

The French president, Emmanuel Macron, and his German counterpart, Frank Walter Steinmeier, urged this Monday that the debate on the future of Europe not be left in the hands of their “detractors” who want to make the European project the “scapegoat” of all the problems of the continent.

“We cannot leave Europe to its detractors. It is our common mission to make it live, “said Steinmeier in a joint statement with Macron from the Elysee.” Europe is not only the institutions in Brussels, it is also what its members and its citizens make of it. Everyone must contribute their contribution. ” the German insisted. Macron recalled that on May 9 “all Europeans will be invited to contribute to the European debate, to reflect on the Europe of tomorrow.” Steinmeier riveted the message: “We don’t just need a full common account, we also need an idea common for us to unite (…) only we can shape what we want Europe to be ”.

Pan-Corona: the project of China and Cuba to create a super vaccine against coronavirus

Goodbye to Mario Meoni: Alberto Fernández and Sergio Massa had asked him not to drive