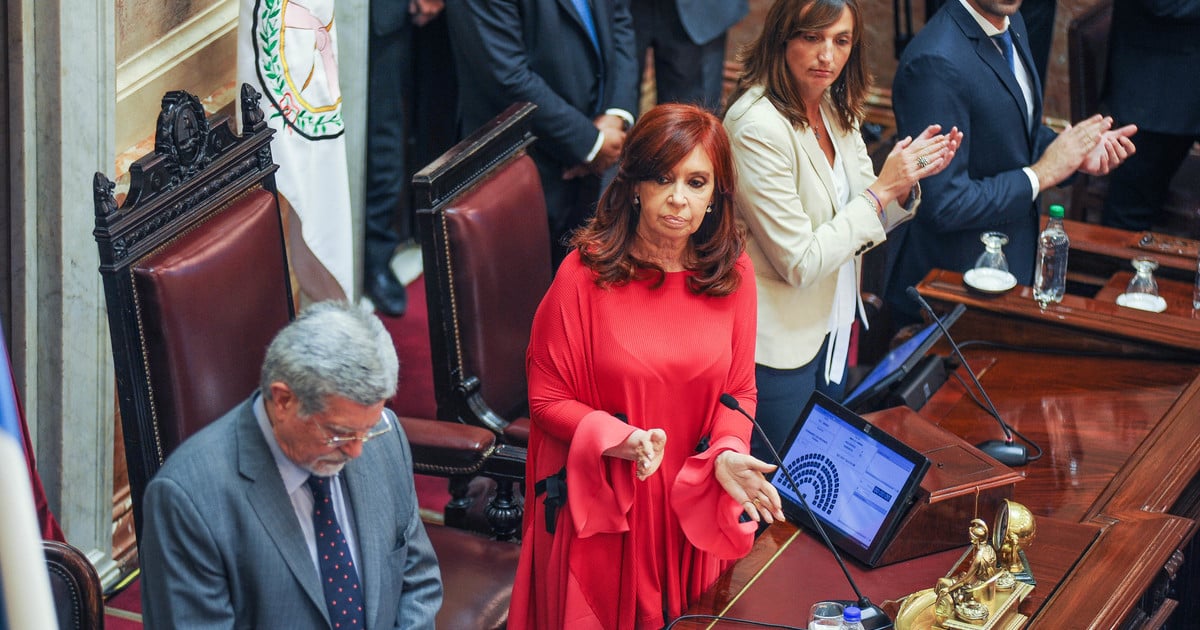 Despite the fact that the Federal Oral Court 8 (TOF 8) has not yet ruled on various issues so that this Friday’s hearing granted to Cristina Kirchner be postponed to commemorate the 27th anniversary of the AMIA attack, the complaint anticipated that it will not attend the TOF convocation, among other aspects because “we will respect the memory of 85 Argentines who lost their lives in that infamous terrorist attack,” they indicated.

Judges José Michilini, Gabriela López Íñiguez and Daniel Obligado, set a hearing for this Friday at 11.30 a.m. for Cristina Kirchner, prosecuted for aggravated cover-up of the AMIA attack after the signing of the Memorandum of Understanding with Iran, to present her arguments based on to which she asked to be dismissed.

The hearing that is also not usual before the Court that has the responsibility of conducting the oral and public trial, It will take place simultaneously with the act in commemoration of a new anniversary of the blowing up of the Jewish mutual society. The judges validated the publicized hearing as requested by the vice president, given the seriousness of the events and the sensitivity that the subject includes.

But at the coincidence of the events, the president of the complaint, Delegation of Argentine Israeli Associations (DAIA), asked that this hearing be postponed.

In the first place, they questioned the legal grounds for holding the hearing set by the Court for July 16, 2021, since “the court’s challenge has not yet been definitively resolved, the resolution dated June 18, 2021. 2021 did not acquire firmness as a complaint appeal for cassation denied is pending resolution, and furthermore, all the evidence provided on which the parties should issue us has not yet been produced, “they explained.

In addition, they indicated when requesting the postponement that that same day “the central act will be held to commemorate a new anniversary of the terrorist attack on the AMIA-DAIA headquarters.” They understood that holding a “legally questionable hearing on the same day as the aforementioned act is absolutely impertinent and disrespectful to the memory of the victims.”

A resolution by the TOF 8 is still missing, but this Thursday the other complaint represented by the lawyer Tomás Farini Duggan, informed the court that they will not attend the hearing that will have Cristina Kirchner as the protagonist.

The judges “decided to hold a non-legislated oral hearing, which was requested by the defendants to deal with the nullity of rulings issued by the Supreme Court of Criminal Cassation, the day on which the act commemorating a new anniversary of the terrorist attack will be held. to the headquarters of AMIA-DAIA “, says the letter.

For these reasons, the Court was informed that they decided not to participate in the hearing. “In the first place because, as we have done 27 years ago, we will respect the memory of 85 Argentines who lost their lives in that infamous terrorist attack, among whom were our daughters.” As a second argument, the complaint on behalf of a group of relatives, remarked that they will also not attend “because we consider that the hearing ordered by the Court is null, and we will not validate it with our presence.

The relatives of the victims of the terrorist attack on the AMIA-DAIA headquarters “are not afraid of the truth. On the contrary, since Prosecutor Nisman made his complaint, we only want the Oral and Public Trial to be held, an opportunity in the that the accused will be able to fully exercise their defenses, “they concluded.