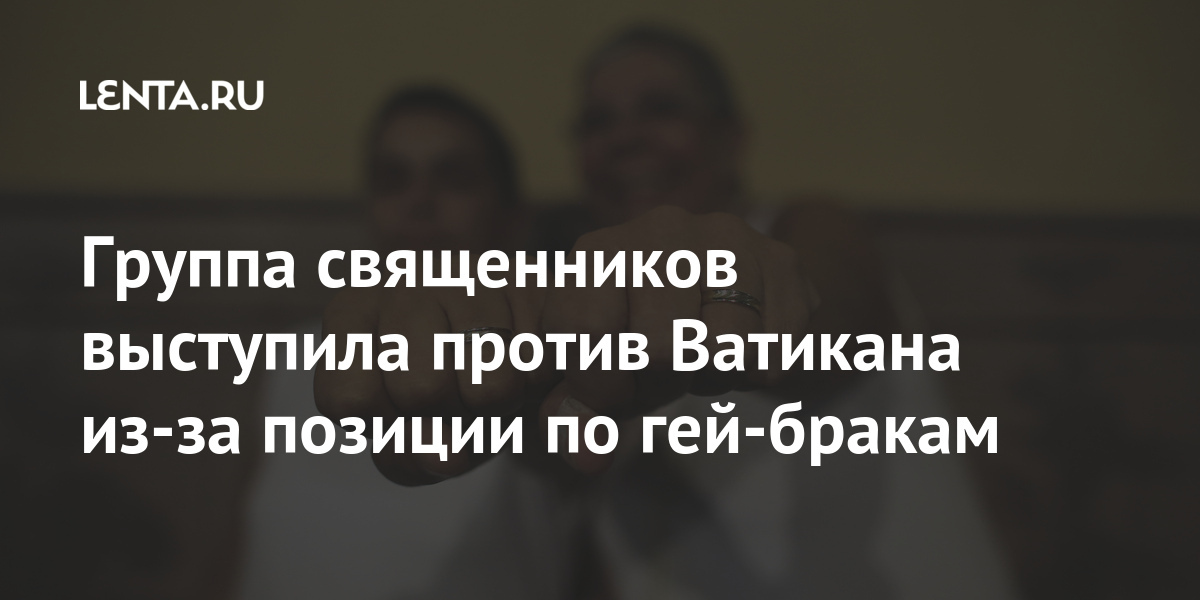 A group of Catholic priests leading a campaign to defy the Vatican have opposed the church’s stance on gay marriage and said they will continue to bless same-sex couples contrary to the Congregation for the Doctrine of Faith (CDF). It is reported by Reuters…

The group, dubbed the Parish Priests Initiative, said it was “deeply shocked” by the Vatican’s stance and promised “not to reject any loving couple who asks to celebrate God’s blessing.”

According to the agency, the Austrian-based group, led by Father Helmut Schuller, was founded in 2006. In particular, its members advocated that the Catholic Church should allow priests to marry, and women – to become priests.

Earlier, the Vatican ruled that the Catholic Church cannot bless gay marriage as it is considered a sin. The Congregation for the Doctrine of Faith (CDF) has indicated that gay marriage is discouraged by the Catholic Church. Pope Francis is said to have approved this decision. According to the pontiff, the ban should not be regarded as discrimination. The CDF stressed that blessings of same-sex unions from the Catholic Church are unacceptable, even if they are “motivated by a sincere desire to welcome homosexual believers.”

Footballer of the youth team “Znamya Truda” died during the match