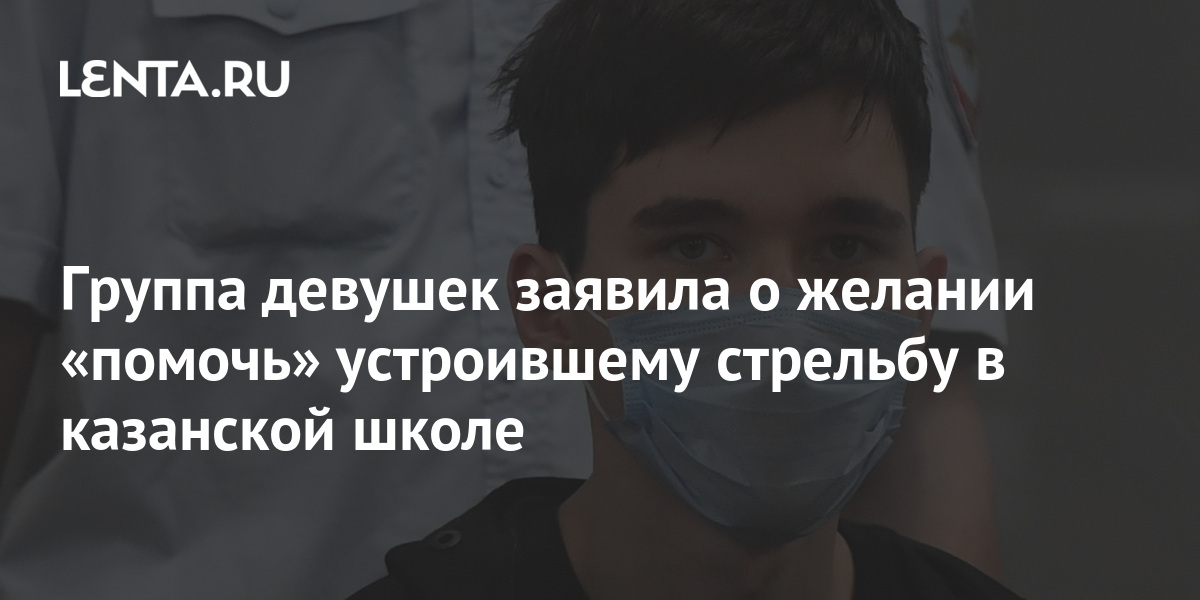 A group of people appeared on the network who expressed their desire to “help” Ilnaz Galyaviev, who staged the execution in the Kazan school, to obtain a fair investigation. Writes about this Znak.com.

The group consists, according to the publication, of 11 girls from Russia, Ukraine, Kazakhstan and other CIS countries. She runs the Telegram channel “The Case of Ilnaz Galyaviev”, and also created a petition calling for “an honest investigation into the tragedy at school No. 175.” According to one of the participants, in their opinion, there are many inconsistencies in the case. They doubt that Galyaviev acted alone, and call for the publication of some recordings from CCTV cameras at the school. “They act as if they want to cover their tracks,” she added.

In the text of the petition, its authors also ask the question: “Where is the evidence that it was Galyaviev who committed the massacre in the gymnasium building?” They explain that “the students heard several murderers’ voices” and shots were heard simultaneously allegedly “on the second and third floors.”

In addition, the group hired a new lawyer for Galyaviev – Alexei Vasiliev. According to Znak.com, they raised 300,000 rubles to pay for his work. The lawyer confirmed the fact of his appointment as a defender of the accused of a crime and added that his main task is to “ensure the legal rights and interests” of his ward. When asked who was his employer, Vasiliev did not answer, saying that it was a commercial secret. He has already taken part in a hearing in the Basmanny Court of Moscow on July 5, at which Galyaviev’s arrest was extended.

19-year-old Ilnaz Galyaviev started shooting at gymnasium No. 175 in Kazan on the morning of May 11. Seven children and two teachers were killed, another 24 people were injured. Galyaviev was arrested on charges of murdering two or more persons, he faces life imprisonment.