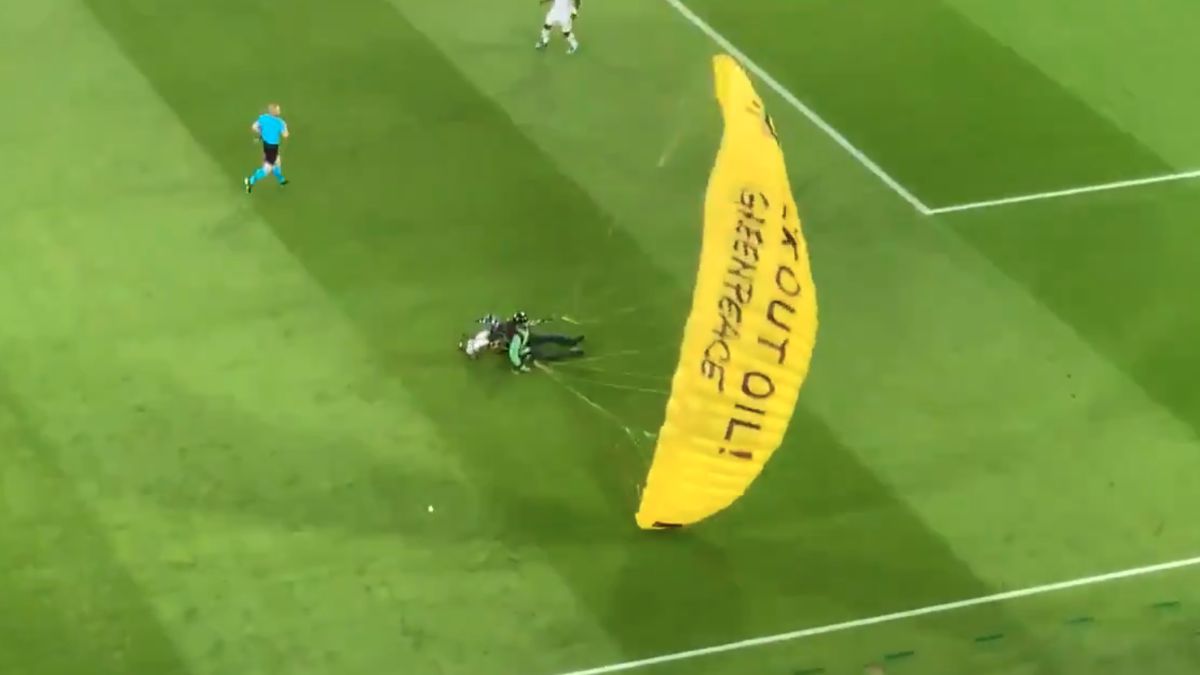 The France-Germany preview in Munich has left one of the images of the Eurocup. With the eyes of the entire continent staring at the grass of the Allianz Arena, a Greenpeace activist has parachuted out and scared him. For a moment, everyone present feared the worst. Fortunately, nothing happened to him and he was expelled from the stadium.

The problem came when the defender of the organization, who was flying by parachute, got caught with the SpiderCam and lost control of the flight. For a few seconds, everything indicated that he would crash into the stands, something that could have cost injuries or even more serious consequences of having occurred.

Fortunately, regained control of the parachute, turned and ended up crashing into the grass. Even a German player came over to worry about his condition. The scene was captured by the journalists present, but due to television rights, it cannot be offered.