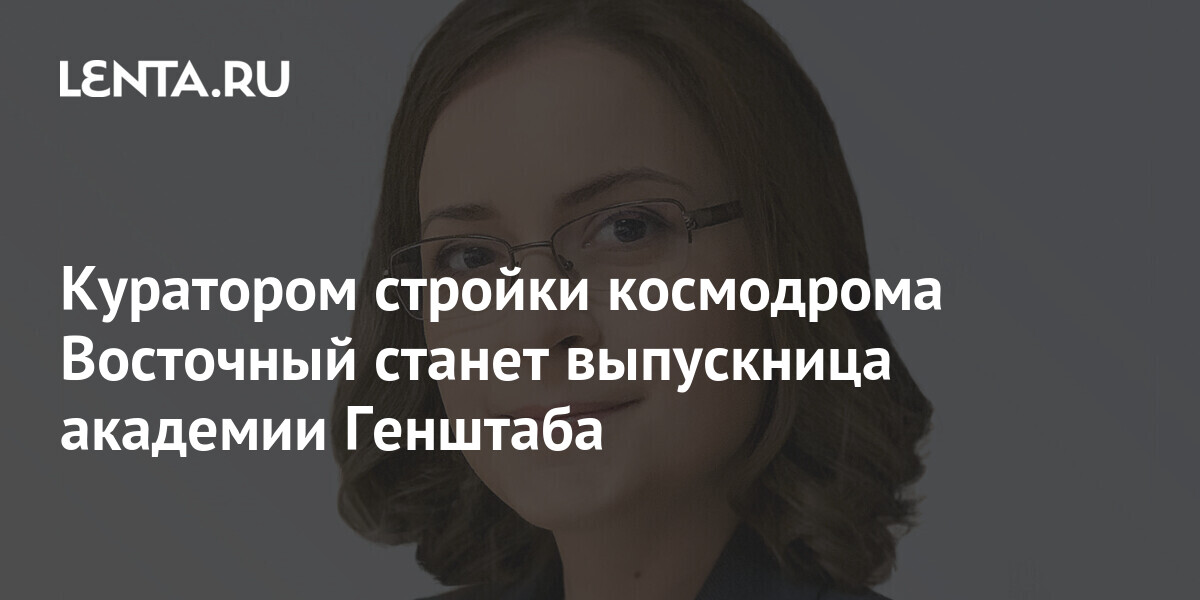 The new deputy head of Roscosmos Dmitry Rogozin for construction will be a graduate of the Academy of the General Staff Tatyana Andreeva-Yanskaya, RBC reports, citing two sources close to the state corporation.

According to the publication, 34-year-old Tatyana Andreeva-Yanskaya graduated from the Moscow Finance and Law Academy in 2010, from the Financial University under the Government of Russia in 2015, from the Russian Presidential Academy of National Economy and Public Administration, and in 2019 from the Military Academy of the General Staff under the program “Military Planning “. Has a medal of the Ministry of Defense “General of the Army Komarovsky” and a badge of distinction from the Ministry of Emergency Situations “For Merit”.