A global failure leaves many internet pages without service 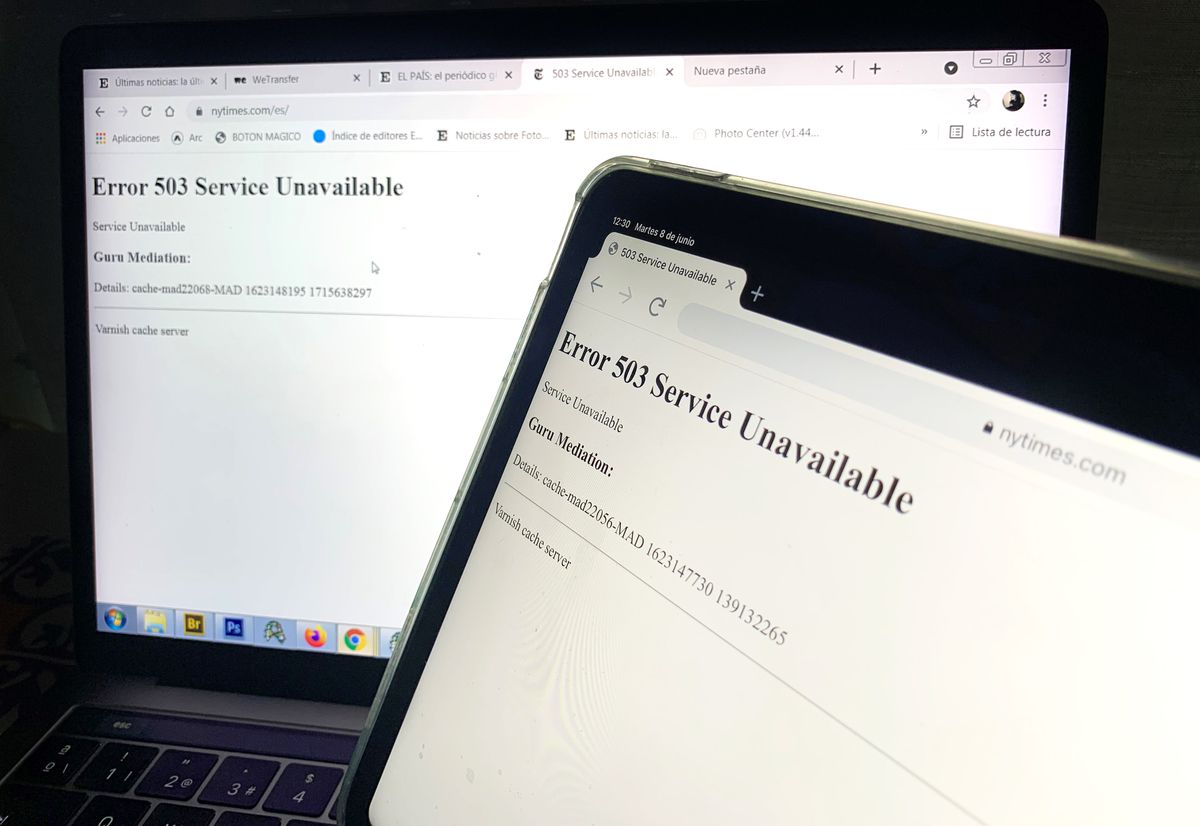 An internet failure that has affected some of the main pages in the world has generated a huge global alert on Tuesday and has once again revealed the vulnerability of digital connections at a time when companies and users depend more than ever on them by teleworking. Around noon, Spanish time, a failure of the Fastly company, a content distribution network (CDN), which provides its services to multiple websites, has made sites such as Amazon, EL PAÍS, The New York Times, Twitch, Financial times or Reddit, they will suffer problems and in some cases they will remain inaccessible for their users. About 50 minutes later, the company reported that the bug had been fixed and most websites have returned to normal.

Many of the affected pages belonged to the media. Although in most cases the news remained visible, when trying to enter their covers the user encountered an error message. Last December, a general drop in Google services (Google, Gmail, Google Docs, YouTube and the cloud storage service) due to an internal storage problem also put the spotlight on the enormous dependence of millions of companies and users of internet services.

The first sign that something was happening came just before midday. At the time, Fastly announced that it was investigating a “potential impact on its content delivery services.” The problem quickly spread to thousands of pages around the world amid the bewilderment of millions of users who expressed their concern or surprise and searched for information on social networks due to the impossibility of directly consulting most of the media.

Fastly later updated the incident information several times, merely stating every few minutes that he was still investigating it. However, at 12:44 Spanish time, the company assured that the problem had been identified and that it was already being fixed. “Users can experience an improvement in page load as global services recover,” the company said.

The company where the incident originated is a cloud service provider. On Amazon it provides image service and emojis on Twitter. Therefore, although the social network did not suffer the fall, the display of photos and emoticons were affected. The Fastly cloud is closer to the users and serves to speed up the loading time of the pages and avoid peaks for a large part of the large internet pages. If you take a big drop, like they did today, it can cause those services to not function normally. The centralization of the main services in a few hands causes the fall of one of the main ones to affect a good part of the most used pages.

Among the affected pages, in addition to those mentioned, were websites such as the British Government, Spotify, Vimeo, Shopify, CNN, The world, The Guardian, Vice, the site of crowdfunding Kickstarter, the Stack Overflow developer forum, the Github project hosting platform or the Thingiverse catalog of projects for 3D printing. The problem has affected numerous Spanish media, including the websites of Ace, the SER and Five days, they have already returned to normality.

Nine minutes before 3:00 p.m., Fastly has ended the incident. “We have observed the recovery of all services and we have resolved this incident”, they have assured in a message on your website, although they have also warned that their clients’ pages could still suffer from some loading problems.