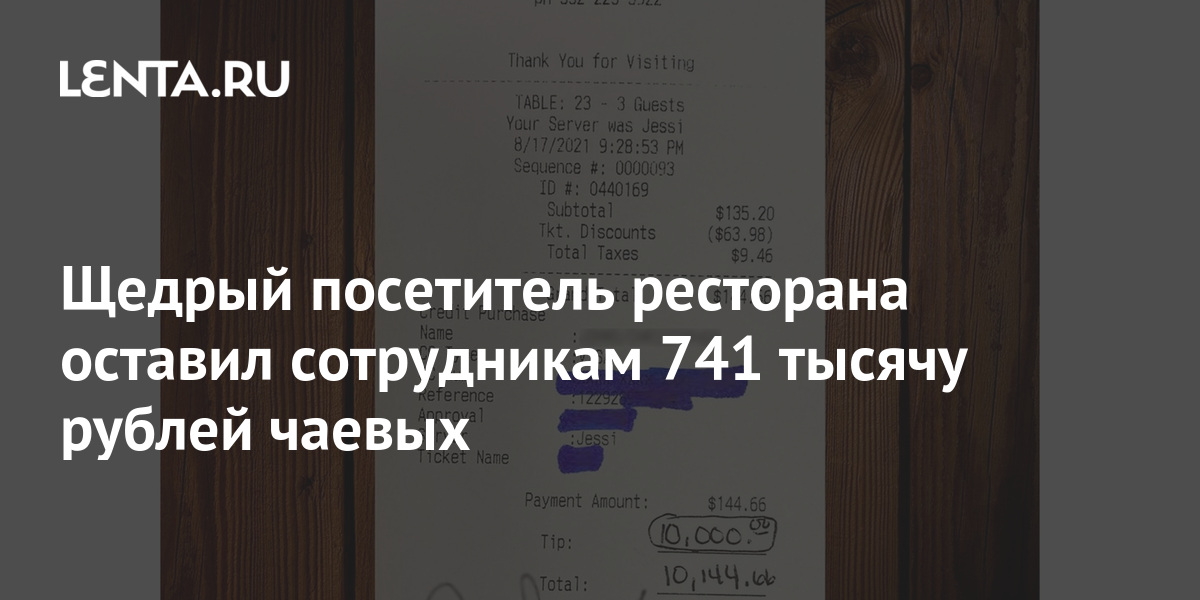 A visitor to a restaurant in the American city of Gainesville, Florida, thanked the restaurant employees for their work and left them ten thousand dollars (741 thousand rubles) as a tip. Reported by the news agency UPI…

The management of The Wahoo Seafood Grill said on the institution’s Instagram page that the visitor wanted to chat with all the employees of the establishment. The workers gathered in the hall, where the man thanked them for their hard work.

Then the client announced that he wanted to leave each of the ten employees a thousand dollars (74.1 thousand rubles) for tea.

“Usually I’m not a very emotional person, but it really touched me. We are all amazed at his generosity, ”wrote owner Sean Shepherd. He explained that the past year has been challenging for the restaurant industry.

“We are tired and exhausted, but this kind gesture has restored our faith in humanity,” he stressed.

Earlier it was reported that visitors to a restaurant in the American city of Norwalk, Connecticut, left a thousand dollars (74.1 thousand rubles) tip to the waitress. The girl is studying biomedicine in college and is also taking an online course at the university. With the money received, she will be able to pay for four months of training.