A gang stealing a Gulf with boiling water 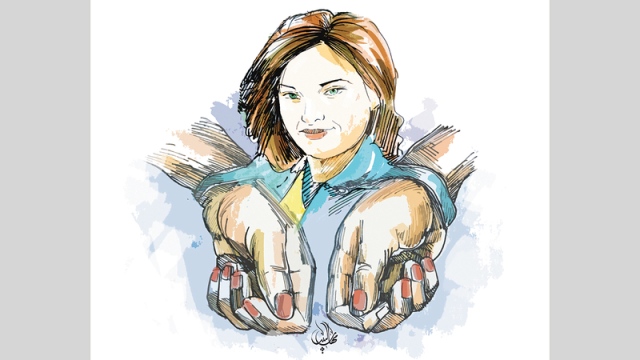 The Dubai Criminal Court has started the trial of four people, accused of detaining a Gulf person, after luring him through an electronic application, and they tortured him and burned him with boiling water until they caused him a permanent disability, and forced him to disclose the data of two bank cards, and forcibly took from him about 2400 dirhams.

And the victim said, in the investigations of the Public Prosecution, that a message was received to him through an electronic application from a girl who was supposed to be from South America, and she sent him a sexy picture and its address, and when he arrived at the place he found an African woman, and she told him that the owner of the photo would attend immediately, and as soon as he entered, he was surprised by two men And five women started beating him, so he tried to resist and flee, but they surrounded him and one of them brought hot water, poured it on his legs and sensitive areas on his body, dropped him, and handcuffed him with a piece of cloth, then they photographed him naked, and threatened to kill him, if he did not reveal the secret number on his two bank cards. The more he resisted, he tortured him with boiling water until he lost the ability to resist, and he disclosed the data of the two cards.

The victim added that three women left to withdraw money from the two cards, but they returned without succeeding in that, because the secret numbers were incorrect, and they began to torture him again in a more severe way, and hit him on the face and eyes, and poured boiling water on him, until he lost consciousness of the severity of the torture .

He pointed out that he was surprised when he woke up with a man sitting next to him, so he left his phone and ran away from the place, pointing out that he had gathered his strength until he managed to go down the building and called the police, and he was taken to the hospital where he underwent two surgeries, from burns that hit his thigh, and made him unable to walk.

For his part, a Dubai police witness said that upon receiving the report, a working team was assigned to search and investigate, locate the accused and arrest four of them, and they confessed that they had committed the crime, indicating that they had been luring their victims through the “social media”, and acknowledged that the victim was detained in This incident and his torture and theft of 2400 dirhams from him.

Blog | Gramy’s award-winning bird song is now so topical that the Sointi Jazz Orchestra’s live show is worth listening to, no matter how mature it is for Teams meetings

When Brussels measures the carbon footprint of cows