A fearsome Tyrannosaurus Rex, but very picky about food 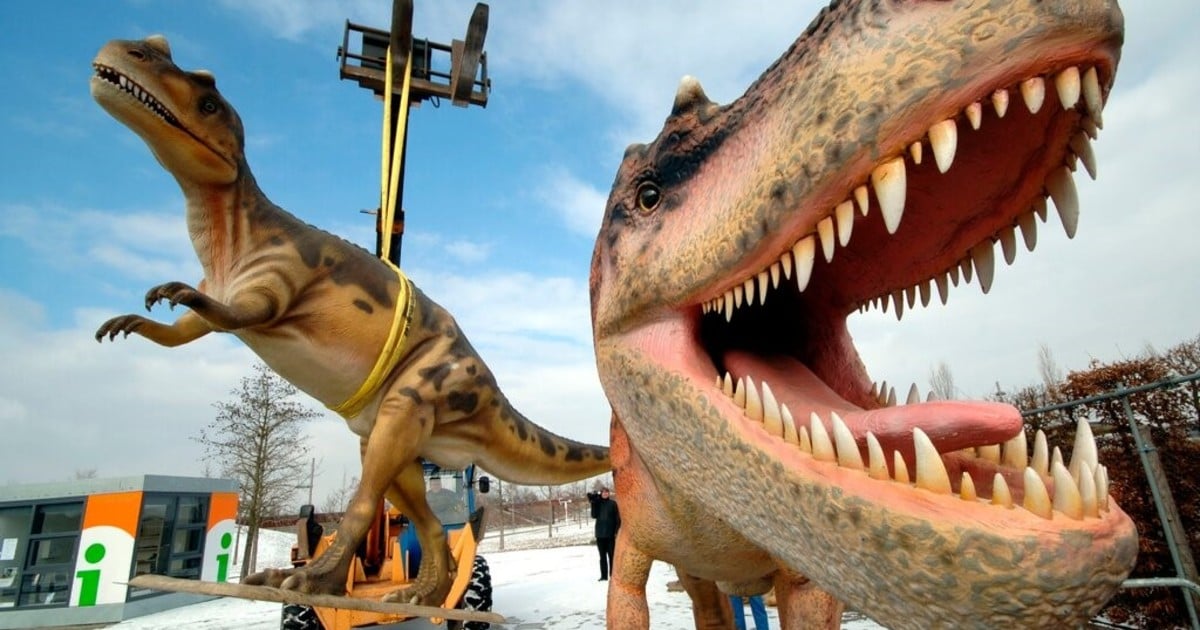 Was the tyrannosaurus rex a food lover?

The dinosaur, fixed in the popular imagination as a ruthless predator that bit any creature unfortunate that it crossed his path, he actually had a jaw bristling with nerve endings that made him a eater more judicious than previously known, according to paleontologists in Japan who published their findings in Historical Biology on Monday.

Although it was not a really picky eater, T. rex had a sophisticated jaw comparable to today’s crocodiles and to birds that seek food by touch, such as ducks, according to scientists at the Dinosaur Research Institute of the United States. Fukui Prefectural University, who conducted the study.

In other words, it is very likely that T. rex did not eat blindly, according to the study.

This fossilized jaw of a dinosaur. Photo The Field Museum

It had keen senses that could have allowed it to recognize different parts of its prey and chew it differently depending on what it was chewing on.

“The tyrannosaurus jaws were powerful enough to crush bones,” Soichiro Kawabe, one of the study’s authors and a paleontologist at the institute, said in an email.

“However, in situations where food was plentiful, it is possible that they used their sensitive snouts to selectively eat the most nutritious parts of their prey. “

The tyrannosaurus diet may not have been as crude as we imagine. “

The study does not say how discriminant T. rex was or if it could tell the difference between bone and meat.

“These speculations are quite imaginary and do not fall within the realm of what we can scientifically derive from the results of our research,” Kawabe said.

The significance of the study is that it reveals the complex development of nerves within the tyrannosaurus jaw, he said.

Kawabe and another scientist, Soki Hattori, an adjunct professor at the institute, used computed tomography, or CT, to analyze and reconstruct the structure of the canal in the jaw through which nerves and blood vessels would have passed.

The fossil was well preserved, allowing the researchers to study the structure of the canal, he said.

The sensitive tips of the jaws also give clues as to how the tyrannosaurus was able to breed.

The crocodiles They have sensitive snouts, which help them detect prey in the water, but also give them such a fine sense of touch that they can carry their young in their mouths without crushing them with their powerful jaws.

“The tyrannosaurus may have done the same,” Kawabe said.

The study highlights “the sensitive side of T. rex,” said Jack Tseng, a paleontologist at the University of California, Berkeley, who read the report.

“We have been really obsessed with the strengths that T. rex could possess rather than its delicacy,” he said.

“This gives us an idea of ​​its delicacy.”

The report gives “another dimension” to a creature that the general public has become obsessed with but rarely perceived as anything more than a monster, said Tseng, who has analyzed the bite of adolescent tyrannosaurs.

“They weren’t plover heads that chewed on everything they saw moving,” he said.

Analysis of the coprolites, or fossilized feces, “could be another way of understanding how sensitive your palate was,” he said.

The report’s authors acknowledged that their findings are limited: They did not analyze the entire jaw area of ​​the dinosaur, nor did they use other dinosaur fossils to compare.

“Ideally, this study could be continued with other types of dinosaurs, to see if Tyrannosaurus was really rare, or just an ordinary carnivorous dinosaur,” said Thomas R. Holtz, a paleontologist at the University of Maryland who read the study.

“But even this smaller-scale study helps us better understand dinosaurs as living, feeling animals.”