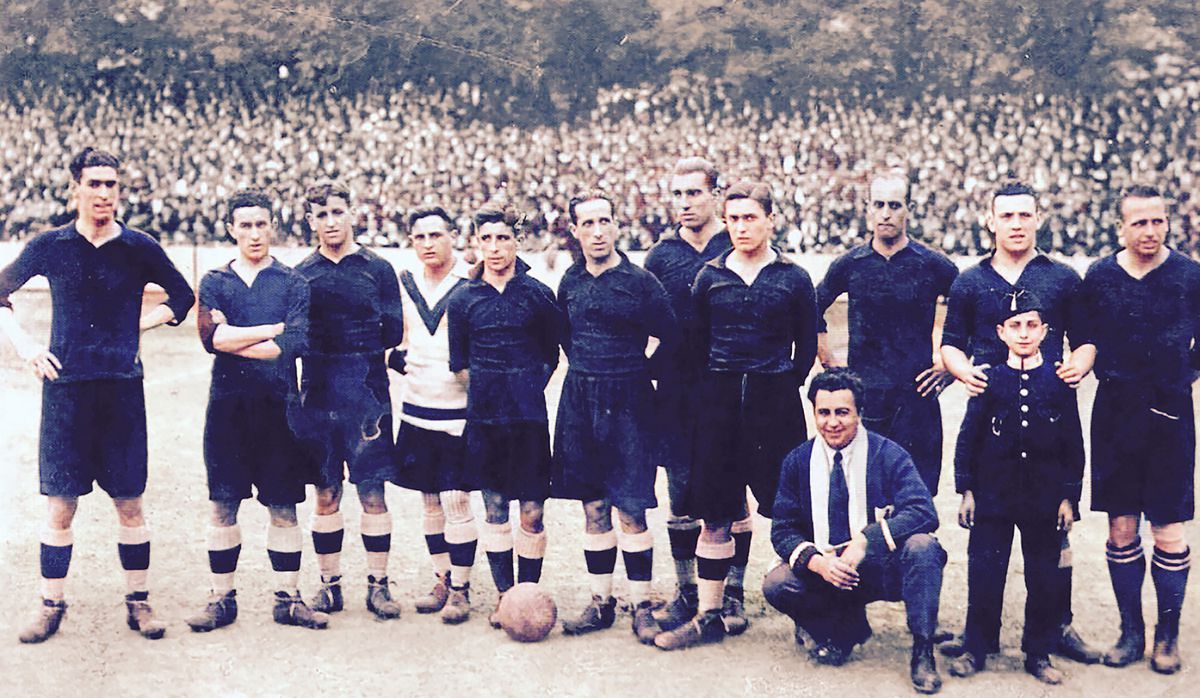 Something special has the Real Unión de Irún that creates a sentimental connection with the inhabitants of its city, on the border between Spain and France. He had it with his first great soccer figure, René Petit, Di Stéfano in the 1920s, who left Real Madrid to play for his countrymen’s team. He studied engineering in the capital, but he traveled on his motorcycle on National I, every weekend, to wear the white shirt and black pants.

He also had that connection with Salvador Echeandia Gal, founder of the prosperous Gal perfumeries and the Porcelanas del Bidasoa, who in 1926 donated the land, 500 meters from the border line, to build the stadium that still bears the surname of Luisa, his mother. .

And there is no doubt that the Royal Union’s bond with the Emery family, which is not from Irún, but from Hondarribia, the town next door, at the mouth of the Bidasoa, which separates two countries. It all started in the 1920s, in the time of René Petit, in that of Salvador Echeandia, when Francisco and Román Emery Arocena, defender and midfielder respectively, wore the colors of the team that was born from the union of Irún Sporting and Racing Club. The third in the saga, with a French father, was Antonio, nicknamed Pajarito, who held the Unionist goal for more than a decade. He made his debut at the age of 18, in 1923. A year later he was Cup champion, after beating Real Madrid in the final; three years later he won his second cup title, this time against Arenas de Getxo. On February 10, 1929, in the field of Sarriá, Pajarito received the first goal in the history of the Spanish League. The Spaniard Oramas fired, the ball hit a defender and Pitus Prat appeared to beat the goalkeeper, who played for Real Unión until 1936. He died in 1982.

In the 1950s, two of his sons, Francisco and Román, also wore the colors of the Irune team, like his grandson Unai, before completing a modest career as a footballer and splendid as a coach. The grandson of that historic goalkeeper is today the coach of Villarreal, champion of the Europa League, a competition he has already won four times (three with Sevilla).

Now, Unai Emery is expanding his ties with his childhood team, one of the founders of the League. Last Friday, Igor, his brother, in the company of the family lawyer, Josu Reta, formalized the purchase of shares in the sports company at a notary in Irún, which makes the Villarreal coach the club’s majority shareholder. Unai Emery will be the owner of 20% of the shares of the club that will serve next season in the First RFEF, the newly created category, which is just below the Second Division.

The conversations of Emery’s henchmen with the club have been long and discreet. Unai also preferred to respect the times and not break into an entity, to which sentimental ties were abruptly attached. He has waited for the season to end, although at the last meeting, held in December, the president, Ricardo García, who will leave the club after the next extraordinary shareholders’ meeting, already announced that there were people close to the Royal Union who were interested in the purchase of the shares.

The current board of directors, which has managed to gradually get the club out of a serious economic crisis after the last decline in the Second Division, had had offers to buy the club from foreign investors, but has preferred to wait for the arrival of Unai Emery with her project. What better than a European champion buying the team his grandfather played for.