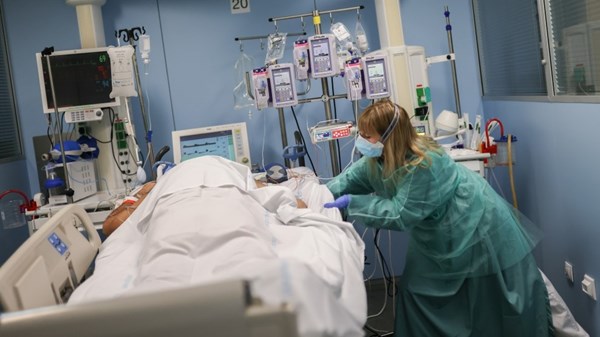 Today, Thursday, the European Center for Disease Control and Prevention expected an increase in new infections of the Coronavirus due to the outbreak of the fastest-infecting mutated strains.
The center, an agency of the European Union, said that the countries of the European Union and the European Economic Area “should expect an increase in the number of cases of Covid-19 due to the gradual spread and the potential dominance of the mutated versions with an increase in infection.”
In a new report, the center called on countries to tighten measures and strengthen vaccination campaigns in the coming weeks to face the risk of spreading the most contagious versions of the virus.
The agency added that “the essence of the message is the readiness to rapidly tighten response measures in the coming weeks to ensure the absorption capacity of health care systems and to accelerate vaccination campaigns.”
According to the agency, the “proportion and size” of the spread will depend on the level of prevention measures and their adherence to them.
The European Center for Disease Control urged its member states to monitor changes in the rates of spread or the severity of infection to determine and assess the spread and impact of the mutated versions, and also to equip laboratories to increase the tests.
He said countries should double the numbers of vaccination centers and staff to speed up the deployment of vaccines.
The center warned against easing the procedures, “given that the population groups that contribute to the spread of infection will not be covered by the vaccination campaigns for a few months.”
Because of the evidence of more contagion of the new mutated versions, the center believes that the authorities should be prepared to impose more stringent measures and “communicate with the population to encourage them to adhere to them”.

Bogacher leads the Emirates team the top of the circumnavigation

No two-thirds majority: Senate acquits Trump in the impeachment process

WHO reports record number of COVID-19 deaths in week