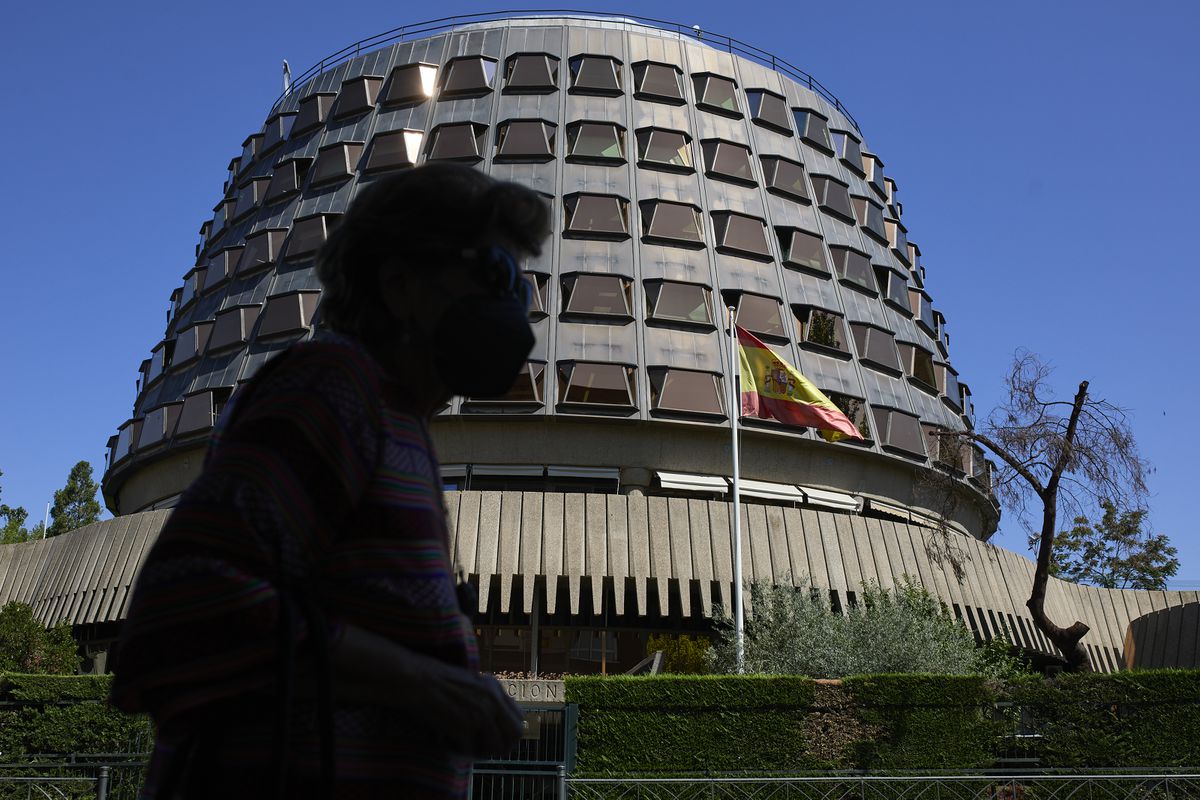 The Constitutional Court addresses this Tuesday the debate on the possible annulment of the first alarm decree, which entailed home confinement at the beginning of the pandemic in 2020. The draft sentence that proposes to declare said decree unconstitutional was never voted in the plenary session of June, in view of the deep division in the court. The president of the Constitutional Court, Juan José González Rivas, wants to prevent the ruling from being approved with a narrow margin of votes, given the importance of the resolution, and has asked the magistrates to make an effort to approximate positions. The outcome of the vote remains uncertain.

If the positions expressed in that deliberation are maintained, the sentence will be approved by a single vote of difference, since five magistrates then manifested themselves in favor of endorsing the declaration of the state of alarm made by the Government and another five supported the thesis that the Confinement required having declared a state of exception, not that of alarm. The eleventh vote, the decisive one, remained in the hands of the vice president of the Constitutional Court, Encarnación Roca, elected at the time at the proposal of the PSOE: she expressed certain reservations regarding the draft sentence but shared the main thesis, that is, that the prohibition circulation of citizens between March and June of last year represented a strong restriction of rights, not a mere limitation, and therefore was not covered by the state of alarm.

This gave rise to the belief that Roca would end up supporting the draft sentence, prepared by Judge Pedro González Trevijano, from the conservative sector. But at that time he did not get to express it clearly. The vice president’s vote remains, in principle, the decisive one given the exceptional circumstances in which the Constitutional Court finds itself, pending renewal for more than a year and a half and now composed of 11 magistrates, instead of 12. On the state of alarm, in short, will decide a decimated Constitutional.

The absence due to resignation of one of the magistrates, Fernando Valdés, since last October, has altered the internal balances of the court and has deprived its president of the casting vote, since there is no longer the possibility of a tie. This circumstance is very important, because with the entire court – and assuming that Encarnación Roca supports the rapporteur – it would probably have been the casting vote of the president – who has shown himself contrary to the thesis of the draft judgment – which it would have prevented the declaration of the state of alarm from being considered unconstitutional.

Valdés – who resigned after being charged in a criminal process for alleged sexist violence – belonged to the progressive sector of the Constitutional Court and was the author of a first draft of the sentence that, against the one that is now proposed, advocated endorsing the declaration of the state of alarm. Said presentation argued that this legal umbrella was enough to agree to the confinement imposed, and affirmed that this measure had not implied a suspension but a mere limitation of rights.

In recent months there has been much debate among constitutionalists whether there was suspension or limitation of rights in confinement. Within the court, Trevijano’s thesis – which supports the first option – has not had the unanimous support of the conservative sector. Two of its members – President Juan José González Rivas and Judge Andrés Ollero – supported the progressive judges Juan Antonio Xiol, María Luisa Balaguer and Cándido Conde Pumpido, supporters of endorsing the constitutional framework of the state of alarm.

For all of them, the restriction of rights in said period did not imply their practical suppression, and they recall, in this sense, concentrations and demonstrations such as the caceroladas called in Calle Núñez de Balboa in Madrid, or the differences between some Superior Courts of Justice on the authorization of marches, one of which provoked a car of special relevance from the Constitutional Court itself, on April 30 of last year. In said resolution, a union initiative was prohibited in Vigo, on the occasion of May Day, with the basic argument that the guarantee of public health should take precedence over the right to demonstrate.

This episode already produced a first confrontation in the court, and it was the casting vote of the president that decided the debate, which then took place in the First Chamber of the Constitutional Court, made up of six magistrates. There a three-way tie was registered and the vote of González Rivas decided. But the members of the Second Chamber complained that such a relevant matter was not brought to a plenary session, so that all members of the court could participate in the decision.

The State, without patrimonial responsibility

The draft sentence that the Constitutional Court will debate today supports the necessity and proportionality of the measures taken by the Government in the first months of the pandemic, but considers that they should not have been approved by activating the state of alarm by decree, but by going to the Courts to that a state of exception be declared.

The declaration of unconstitutionality would imply the nullity of the sanctions imposed on those who violated the confinement. The ruling, however, would make it clear that there is no patrimonial responsibility of the State for the losses registered by businesses and businesses that saw their activity suspended.