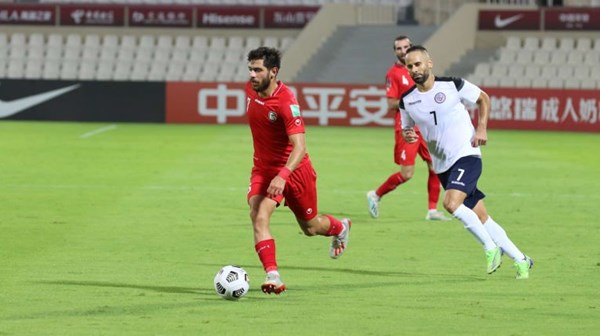 The officials of the UAE Professional League matches continue to have a prominent presence in the external participations that they are assigned to, at the level of the international and continental federations competitions, a translation of the efforts of the League, which launched a program to qualify match officials from national cadres since 2012, and worked through the program to provide training courses, in addition to To nominate them to participate in the management of various matches and the most important competitions.

Al Mazrouei is the first Emirati match official to be selected to participate in the Continental Federation competitions. He also worked as a director of the Dubai group in the 2019 Asian Cup, and participated in organizing the Asian U-23 finals in Bangkok in 2020, and then as a security official for the AFC Champions League group in Jeddah from April 27 to May 19 this year.

Fahd Al Hosani was also appointed in the preliminary qualifiers for the second round of Group D of the Asian double qualifiers for the 2022 World Cup and the 2023 Asian Finals, which will be held in Riyadh, Saudi Arabia, from June 3 to 15, while he previously participated in the AFC Cup, and as a coordinator A local general in the Asian Champions League matches, a match observer in the Arab Championship matches, and other external participations

Dr. Mohamed Saeed Al-Hattawi was assigned as a match observer for the qualifiers for the Lithuania 2021 Futsal World Cup, which will be held in Khorfakkan from May 20 to 25, and to observe the preliminaries matches for the second round of the eighth group of the Asian double qualifiers qualifying for the 2022 World Cup and the 2023 Asian finals, which will be held In Seoul, Korea, from June 3 to 15.

The monitoring of the AFC Champions League matches in the past editions was also assigned to Walid Taher, in addition to his assignment to manage the Zayed Sports City Stadium during the 2019 Asian Cup.

On the other hand, the monitoring of matches in the Arab Championship was assigned to Nasser Abdullah Al Hammadi and Mansour Al Harbi in its previous editions.