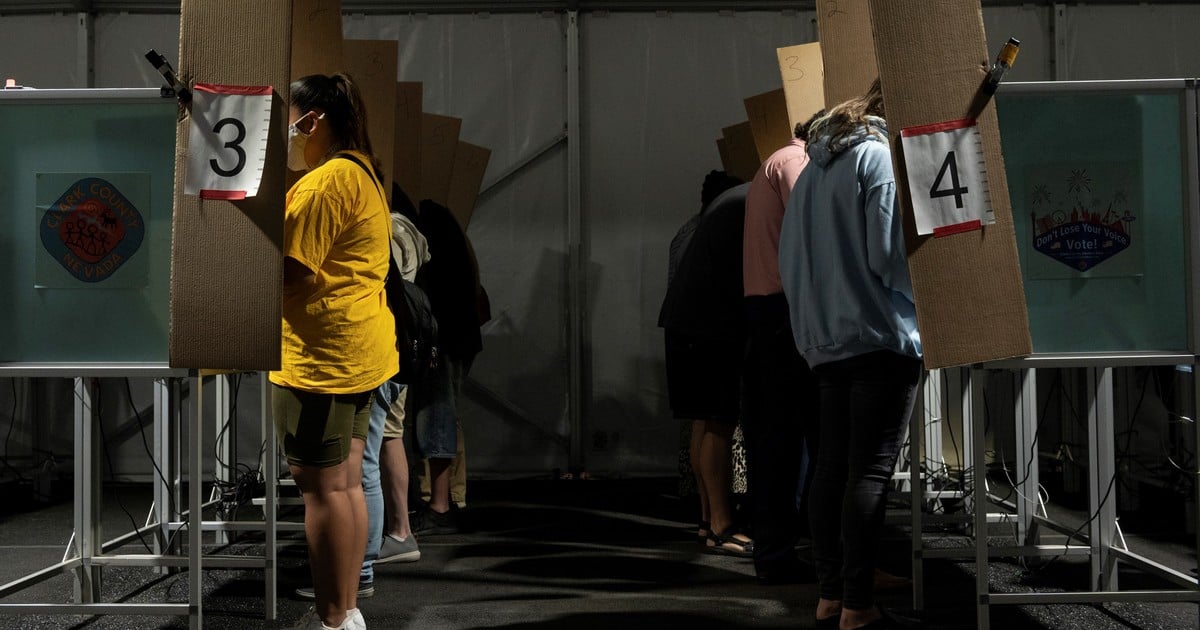 The report does not name it, but it appears to refer to the work of Trump’s former personal attorney Rudy Giuliani, who relentlessly pushed for corruption allegations against Biden and his family related to Ukraine.

“Russian state and proxy actors serving the interests of the Kremlin worked to affect the public perception of the United States“the report read.

The declassified report represents the most comprehensive intelligence assessment on foreign efforts to influence the 2020 vote. In addition to Russia, Iran and other countries also tried to influence the elections, according to the report. China considered its own efforts, but ultimately concluded that they would fail and most likely backfire, intelligence officials concluded.

A supplemental report from the Justice and Homeland Security departments also rejected the false accusations promoted by Trump’s allies in the weeks after the vote that Venezuela or other countries had defrauded the elections.

The reports, prepared by career officials, represented a repudiation of Trump, his allies and some of the top officials in his administration. They reaffirmed the conclusions of the intelligence agencies on the interference of Russia in 2016 in favor of Trump and they said the Kremlin favored his re-election. And they categorically dismissed allegations of foreign-fueled voter fraud, cast doubt on Republican allegations of Chinese intervention in favor of Democrats, and undermined claims that Trump and his allies had spread about the Biden family’s work in Ukraine.

The report also found that neither Russia nor other countries tried to change the ballot papers themselves. Russian hackers’ efforts to access state and local networks were unrelated to Moscow’s efforts to influence the presidential vote.

The declassified report does not explain how the intelligence community reached its conclusions about Russian operations during the 2020 elections. But officials said they had a high confidence in their conclusions about Putin’s involvement, suggesting that intelligence agencies have developed new ways of gathering information after extracting one of their best sources from the Kremlin in 2017.

Foreign efforts to influence US elections are likely to continue for years to come, US officials said. The public has become more aware of disinformation efforts, and social media companies act faster to remove fake accounts that spread falsehoods. But large numbers of Americans remain open to conspiracy theories pushed by Russia and other adversaries, a circumstance that will explode, officials warned.

“Foreign malign influence is an enduring challenge facing our country,” Avril D. Haines, the director of national intelligence, said in a statement. “These efforts by America’s adversaries seek to exacerbate divisions and undermine confidence in our democratic institutions.”

Although it was declassified by the Biden administration, the report builds on work done during the Trump administration, according to intelligence officials, reflecting the very different views held by officials from his political supervisors, who were appointed. by Trump.

The report refuted years-long efforts by Trump and his allies to cast doubt on intelligence agency assessments that Russia not only wanted to create chaos in the United States, but also favored his re-election.

The report does not name him, but appears to refer to the work of Trump’s former personal attorney Rudy Giuliani, who relentlessly pushed Ukraine-related corruption allegations against Biden and his family. Photo: JEFF KOWALSKY / AFP.

“They were not sincere in downplaying Russia’s influence operations on behalf of the former president,” Rep. Adam B. Schiff, a California Democrat, who leads the House Intelligence Committee, said in an interview. “It was a disservice not to be honest with the public and to try to rig intelligence the way they did.”

The allegations of interference in the elections They have been some of the most politically divided in recent years. The intelligence report is similar to a declassified assessment in early 2017 that laid out conclusions about Russia’s efforts in Trump’s election victory, further entrenched partisan debate over its relationship with Moscow, and cemented its enmity toward intelligence officials. and the forces of order.

With Trump out of the presidency and the findings of the new report largely made public in campaign releases, the findings were not expected to provoke such partisan fury. But some elements of the report are likely to be the subject of political fights.

Your assessment of what China stayed on the sidelines he disagrees with what some Republican officials have said. In private briefings on Capitol Hill, John Ratcliffe, Trump’s last director of national intelligence, said that Chinese interference was a bigger threat in 2020 than Russian operations.

Declassified documents released Tuesday included a dissenting minority opinion from the national cyberspace intelligence officer suggesting that the consensus of the intelligence community was underestimating the threat from China.

The most detailed material of the evaluation refers to Russia, which sought to influence the way the American public viewed the two leading candidates “as well as advance Moscow’s long-standing goals of undermining confidence in America’s electoral processes.”

Moscow used Andriy Derkach, a pro-Russian member of the Ukrainian Parliament, to undermine Biden, the report confirmed. Derkach made public four leaked phone calls to undermine Biden and link it to Ukrainian corruption. The report said Putin “had jurisdiction” over the actions of Derkach, who had ties to Russian intelligence.

Giuliani also provided materials from Ukraine to US investigators to jump-start federal investigations into Biden’s family, a type of operation that the report cited as an example of Russia’s covert efforts without providing names or other identifying details.

The report also names Konstantin Kilimnik, a former colleague of former Trump campaign manager Paul Manafort, as Russian influence agent. Kilimnik took action throughout the 2020 election cycle to harm Biden and his candidacy, according to the report, helping to push forward a false narrative that Ukraine, and not Russia, was responsible for interfering in American politics.

Neither Giuliani nor his representatives returned a request for comment.

Collect intelligence information to feed Trump’s allies and use it against Biden it was a priority for Russian intelligence. Moscow’s military intelligence unit, the GRU, carried out a hacking campaign against a Ukrainian energy company, Burisma, in what was likely an attempt to gather information about Biden’s family and his work for the company, it confirmed. The report.

In the final weeks of the campaign, intelligence officials also said that Russian hackers had broken into state and local computer networks. But the new report says those efforts were not aimed at changing the votes.

Wide-ranging hacking of federal computer systems using a vulnerability in software manufactured by SolarWinds is not mentioned in this report. The absence of a concerted effort by Russia to change the votes suggests that Moscow had reoriented its intelligence services towards a broader effort to attack the United States government..

In early 2020, US officials thought Iran was likely to stay out of the presidential race. But Iranian hackers attempted a last-minute effort to change the vote in Florida and other states.

Iranian hackers sent “threatening and false emails” to Democratic voters pretending to be from the Proud Boys, according to the report. The group required recipients to change their party affiliation and vote for Trump. They also released a video that allegedly demonstrated electoral fraud.

The Iranian effort essentially employed reverse psychology. Officials said Iranian operatives hoped the emails would have the opposite effect of the message’s warning, causing people to vote for Biden into thinking that Trump supporters were doing dirty campaign tricks. Ayatollah Ali Khamenei, Iran’s Supreme Leader, authorized the campaign, according to the report.