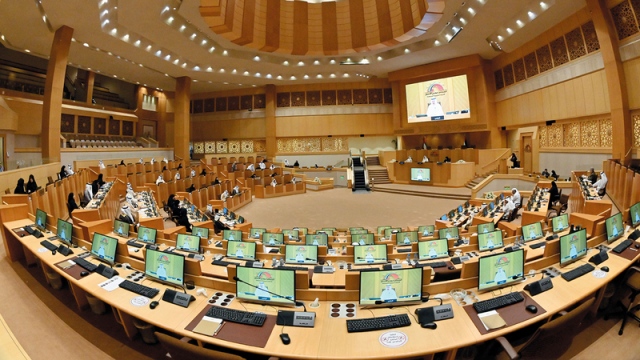 A parliamentary report by the Federal National Council stated that the draft federal law regulating burial procedures, which the council finally approved, obligated the Ministry of Interior to establish an “electronic” database that includes deaths, human organs, or human remains that are buried in cemeteries inside the country, pointing out that He also specified six technical and environmental requirements that the concerned authority adheres to when constructing new cemeteries, the most prominent of which is to ensure that the soil is suitable for burial.

The draft federal law regarding the regulation of burial procedures, which was finally approved by the Council, defined the competencies of the Ministry of Interior in regulating graves and burial procedures at the state level, including specifying spaces and places suitable for the establishment of graves, allocating private spaces for the burial of martyrs in cemeteries, defining special places in cemeteries for burial. The dead with communicable diseases or any type of pollution, according to technical conditions for these places determined by the health authority, provided that the burial is under the supervision of the competent authorities in the state.

The parliamentary report, of which Emirates Today obtained a copy, indicated that “the draft law, which will enter into force upon its approval by His Highness Sheikh Khalifa bin Zayed Al Nahyan, President of the State, obligated the concerned authority to six basic conditions and controls for the construction of new cemeteries, The first is to ensure that the cemetery is far from the urban space, underground water, valley streams and torrents, and the second is to plan the cemetery and number the graves, then determine the locations of the graves and the corridors leading to them, as well as ensure the suitability of the soil for burial, preserving the environment and the conditions of safety and public health in accordance with the legislation in force in the state, and finally providing requirements The necessary engineering, technical and security services, in addition to any other conditions and controls specified by the executive regulations of this law.

The report stated that the draft law also obligated the concerned authority (the Ministry of the Interior) to create an “electronic” database of deaths, human organs, or human remains that are buried in graves, provided that the executive regulations of this law specify the data that must be completed in the database.

The parliamentary report affirmed that the draft federal law regulating burial procedures prohibits any person from violating or desecrating cemeteries, or any place intended for the preservation or burial of dead bodies or human organs, human remains or violating the sanctity of the dead in any way, and it is also prohibited to exploit Graves are not prepared for him, stressing that it is not permissible to exhume any grave to extract a dead body, a human organ, or human remains without obtaining a judicial permission.

He pointed out that it is forbidden to transfer the body of the deceased, the human organ, or the remains of human beings in or outside the health facilities, except after obtaining a permit to do so from the Public Prosecution and in coordination with the police, and in accordance with the conditions and controls specified by the executive regulations of this law, pointing out that it is not permissible to bury any An organ from the human body that was removed or amputated for a medical reason, except with permission from the health authority.

According to the draft law, if the excision or amputation is for a criminal reason, the authorization is from the Public Prosecution, and in all cases the burial procedures for these members are the same as those followed with the bodies of the dead, according to the conditions and controls specified by the executive regulations of this law.

The corpse of the alien

The bill specifies four cases in which it is permissible to authorize the burial of the body of a foreign dead person who is not resident in the state, the first if the person died while he was in the country, and it was not possible to transport him abroad, and the second if the person died on board a plane that landed in the country and its take-off is delayed, and this applies to transportation The other, and the third, if it is not possible to transfer the body of the deceased outside the country for reasons related to public health, in addition to any other case that the health authority considers that the body of the deceased is buried in state cemeteries, provided that the executive regulations of this law specify the conditions and executive controls.

According to the draft law, if the death is carried out in implementation of a court ruling, the body of the deceased is buried in the country with the knowledge of the relevant authority, after coordination with the Public Prosecution and the police.

• The draft law defines the competencies of the Ministry of Interior in regulating cemeteries and burial procedures at the state level.

Determining special places for burying human organs and others for newborns and young people.

Mohammed bin Zayed: Our country is in constant development and growth with the enthusiasm of its sons and their sincere efforts