A crazy week: key matches every day, finalists and some champions 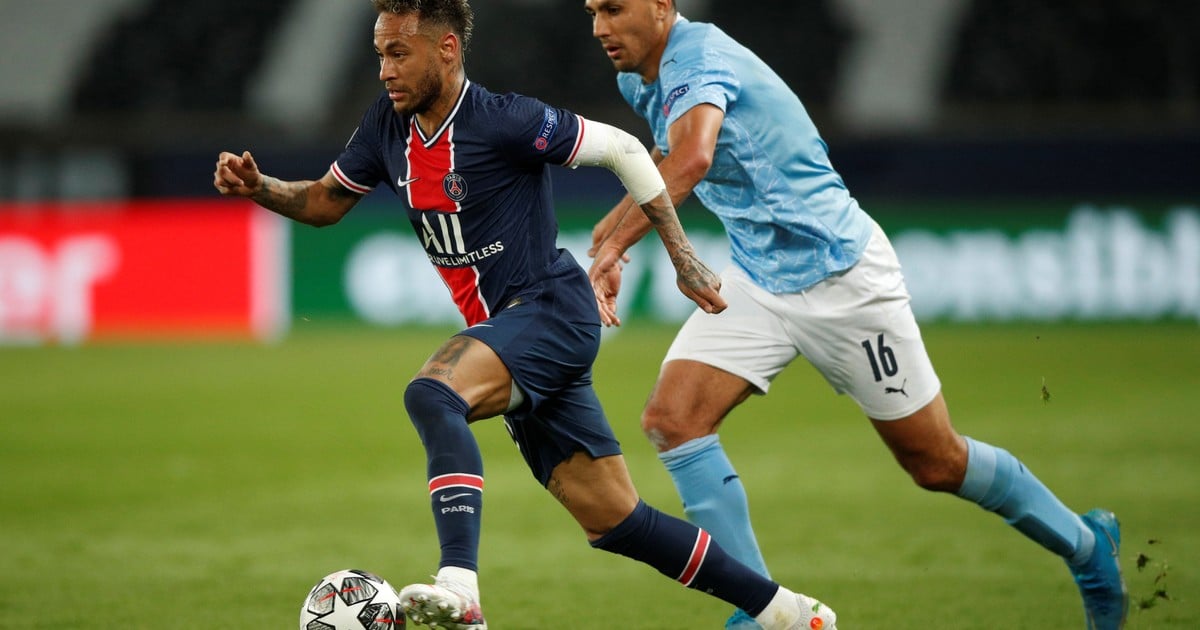 Will there be a new Superclassic around the corner? Will the Champions League final be taken over by the Premier and the Europa League as well? Will several greats be left out of the League Cup quarterfinals? Will the Spanish championship change command? Will the Argentine teams be able to make their feet in the continental Cups?

All this and much more will be revealed during this crazy week, another that proposes football in times of pandemic, safe from restrictions. The menu is varied. There will be gourmet football, surely; also folklore football, the kind that unleashes the passions, the charged and the adrenaline put more in how the rival is doing than the team of the sleeplessness themselves.

Football continuously mixes Manchester City with Bragantino, London Arsenal with Sarandí, to Messi’s Barcelona with Guayaquil’s, to Real Madrid with La Equidad. And much more. It is convenient to take a sheet and a pencil, as when we were in school, to write down at least what may interest us the most. There is so much to see and it is impossible to have perfect attendance.

Let’s start at the beginning. Let’s sit in the VIP stalls at home, tune in to the TV and enjoy. Manchester City-Paris Saint Germain play in the living room at four in the afternoon. A final. In the first leg Neymar, Mbappé and Di María danced for a while to De Bruyne, Gündogan and Foden, but then there was a signal adjustment and the 2-1 at the Parc des Princes left Guardiola’s men better off to dream of their first Champions League final. There are no guarantees, of course.

Nothing is said. At six in the afternoon there may be a finalist. Photo: REUTERS

In the other semi, tomorrow, Chelsea will host Real Madrid after 1-1 and the blue superiority of the first leg. Will there be an English ending? If this happens we can see a preview when Manchester City host Chelsea next Saturday. Another curiosity: Thomas Tuchel led PSG to the previous Champions League final and now leads the London team. Great DT.

On Thursday the finalists of the Europa League will be announced. Arsenal will host Villarreal trying to reverse the 2-1 defeat in the first leg and Rome will seek the miracle against Manchester United, who thrashed it 6-2.

There are 13 Argentine teams playing the Conmebol cups. Of the six that dispute the Libertadores, the one that is doing the worst so far is Vélez, who will visit Unión La Calera today from 7.30pm with the need to win. Group G is led by Flamengo with six points, followed by Liga de Quito which has 4. They two collide in Ecuador since 9.30 pm.

Also today we have a kind of rematch of the last Super Cup, when the champion Defensa y Justica receives their defeated Palmeiras. It will be for Group A, where the Brazilians lead with 6 units and those of Beccacece chase with 4.

Say hello to the champion: Defensa and Palmeiras meet again after the final on April 14.

Group C offers tonight (21.30) a duel of pointers in Guayaquil: Barcelona-Boca, 6 points each. Tomorrow it will be River’s turn (4) in D, visiting Independiente Santa Fe (1) in Colombia. And the clash of leaders of E, when Racing (4) is local to San Pablo de Hernán Crespo (6). On Thursday, in Group F, Atlético Nacional (4) will receive the leading Argentine Juniors (6).

After this third date, halfway through the journey, the map will be clearer.

In the South American the hand is not easy for the seven Argentine clubs. Remember that only one is classified per group. And if we closed today, Independiente would only be passing (6 points), with an asterisk: this afternoon (19.15) he is risking a lot on his visit to Bahia (4).

It will be a key date for everyone to settle in or perhaps say goodbye. In Group A, Rosario Central (3 points) visits Huachipato (4) tomorrow, leader along with October 12, who will visit San Lorenzo on Thursday, which has not yet added units.

In C, Arsenal will be the home of Jorge Wilstermann. They both have a point. In the F, Newell’s (1) will go tonight (23 hours) to Chile to face Palestino (0). The tip corresponds to Libertad, with 6 units.

Group G will have a transcendent Bragantino (3) -Workshops (1) tomorrow. There Emelec commands, with 6 units. Group H closes, where on Thursday Lanús will visit La Equidad (the two teams add 3 points) trying not to lose the rhythm of Gremio, which scores with 6.

Europe is in the league

On Saturday at 11.15, Messi against Cholo. Photo: EFE / Juanjo Martín.

When the 35th date ends, the Spanish League will be different. There will be three days to play and the map will have changed. The day comes (Saturday, at 11:15) that Barcelona and Messi are waiting: receive Atlético de Madrid at the Camp Nou with the intention of snatching the lead. But it is not a hand-to-hand fight, Real Madrid invited itself alone and it is known that it always wants to win. Diego Simeone’s team has 76 points, Real Madrid and Barcelona 74. Sevilla stayed at 70 because yesterday they lost 1-0 at home to Athletic Bilbao. To complete the morbid, on Sunday at 4 p.m. those from Zidane receive Papu Gómez, Lucas Ocampos, Marcos Acuña and company.

On Saturday there may be a party in Manchester, beyond what the Champions League has left. If he beats Chelsea, he will secure a new Premier title, after the 2018 and 2019 double interrupted the following year by Klopp’s Liverpool.

It will also be the ratification of Pep Guardiola as king of the leagues: of 13 disputed he will have won 10. He was champion in the first one he directed with Barcelona B, in three of four with Barcelona A, in the three that he led Bayern Munich and in three out of five with Manchester City.

On Saturday Pep’s team wants to build a new league.

That same day his previous club most likely added his ninth consecutive Bundesliga title. The account is simple, Bayern has 71 points and receives Borussia Mönchengladbach, Leipzig (directed by Julian Nagelsmann, next DT of the serial champion) has 64 and visits Borussia Dortmund. Then only six points will remain in dispute. You cannot escape it.

Finally we enter the labyrinth of passions, the surprising Argentine football. The last date of the Professional League Cup will leave eight teams alive and 18 to see. Many will wonder if it had not been better to rotate players, because almost everyone is feeling the traces of double competition. And several can be left out of everything. Group A shows that Colón and Estudiantes, already classified, are taking advantage of playing a single tournament. San Lorenzo, River, Central, Racing and Argentinos run from behind. On the other side, Vélez and Boca are already in the quarterfinals, while Talleres, Unión, Independiente and Lanús are fighting for two places. There are key clashes: Racing-San Lorenzo, Huracán-Independiente, Lanús-Talleres and the interzonal Colón-Unión. And there is thread so as not to give rest to the rival. Nothing new.

It is part of the menu, a less attractive football since the game. A football where the shirt is worth more than the ball, but that adds emotions to this crazy week.

Nutritionist gives tips to prevent weight gain during the holidays