A court condemns Naturgy to return 350,000 euros because the electricity bill was “incomprehensible” 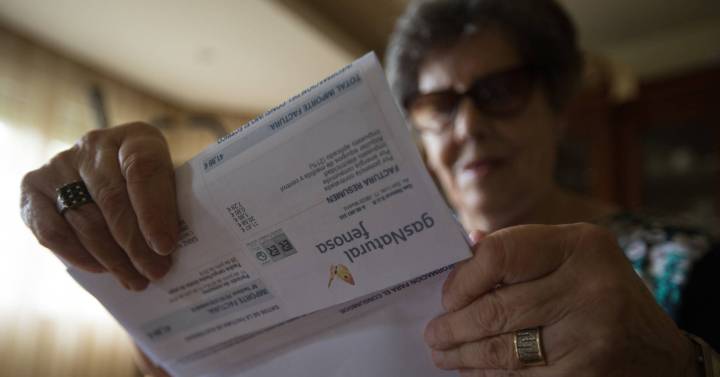 The electricity bill is, by far, the most indecipherable of how many arrive at the mailbox periodically. According to a recent survey by the National Securities Market Commission (CNMV), 46% of Spaniards admit that they do not understand this receipt and only 53% make the effort to read it to them. The complexity of this document has a lot to do with the characteristics of the electricity market (in which many agents intervene), but also with its intricate regulation, which provides for taxes and special charges.

However, the fact that the receipt is full of technical concepts does not mean that energy companies are exempt from explaining to consumers what they are charged month to month. Like the rest of the companies, they are subject to an obligation of transparency that derives from the Law of General Contracting Conditions. Precisely, the Provincial Court of Madrid has sentenced Gas Natural (now Naturgy) to return 355,269 euros, plus the corresponding interest, to the owners of two buildings in the capital for using a clause to review the price of electricity that was impossible to understand.

The clause in question consisted of a formula made up of several symbols, one of which stands out in particular: a high quotation mark (‘) that actually expressed a multiplication factor of kilowatt hours consumed by other energy price variables. But by not corresponding with the universal mathematical language, the court has ruled that the arithmetic operation expressed in the invoice is “incomprehensible” for an average citizen and should not be applied.

This is the first ruling that questions the abbreviations many electricity companies use, both in their contracts and in the monthly consumption summaries. Although the resolution is not yet final and may be challenged, it could lead the way for future claims.

In the case prosecuted, the contract was signed in November 2009 under a rate system that allowed Naturgy to annually update the price per kilowatt in accordance with the Consumer Price Index (CPI) and other indices that depend on fees published in the Bulletin State Official after approval by the Ministry of Industry. The formula came to be represented as follows: (1.0188 + 0.001478 ‘GCNW + 0.002947’ F3CNW) ‘Pa5 + T.

In their lawsuit, the neighbors claimed that indeed all the variables could be consulted on public web pages, but the high quotation mark did not allow knowing what kind of arithmetic operation should be executed with them, so they requested that the price revision clause be declared abusive and null and void. Likewise, and consequently, they demanded the return of all the increases that were applied from the beginning of the contract until the moment of filing the claim (May 2014), a total of € 357,876.

For its part, the electricity company called “frivolous” the approach supported by both neighborhood communities, although, as detailed in the sentence, the company’s own lawyer was unable to explain in his answering brief the meaning of the symbol and indicated that he would contribute an expert report to clear any hint of doubt.

Given that the expert evidence is, according to the Civil Procedure Law, that which is necessary to “assess or acquire certainty of scientific, artistic, technical or practical knowledge”, the magistrates see in this announcement an “implicit recognition, but not for that reason less eloquent “of the plaintiff’s thesis. In other words, it was indeed necessary to have specialized training to find out the new price.

But, in addition, the document that the expert hired by the electricity company finally presented did not serve to clarify the unknown. “At this point, we are faced with the circumstance, no doubt shocking or at least frankly unusual, that after six years of substantiation of a process that has reached a length of five volumes, none of the participants in it knows science certain what operational meaning should be attributed to the high quotation mark “, remarks the ruling.

In view of the defense strategy, the magistrates conclude that in mathematics, multiplication can be represented by a cross, a period or an asterisk, but never by means of a high quotation mark. Hence, the symbol used was “absolutely inappropriate for inclusion in a multiplicity of contracts that would have as adherents as many potential recipients”.

The court also rules out that it is an inconsequential or merely formal question, as the defense argued because, as they explain, “it is difficult to find in practice a more representative case of the obscurity of a general condition” than a symbol that prevents knowing the price of a service, even after a judicial process has been held to unravel its true function.

For all this, and in application of the Law of General Contracting Conditions, the Madrid audience decides that the contested clause must be interpreted as non-existent or not incorporated into the contract and declares unjustified all the price increases that were charged based on it for four Years and a half.

Of course, the Civil Chamber of the Madrid Court reduces the amount to be returned by the electricity company to those affected from 357,876 euros to 355,269 euros after verifying that the VAT was incorrectly calculated in the initial demand. Naturgy has declined to comment on the ruling, although it clarifies that it has not filed an appeal.

Former Obama Advisor Indicates Which Strain He Is Most Worried About

Surprises in the ranking of governors: Horacio Rodríguez Larreta fell to 3rd place and Axel Kicillof to 17th

Hockey HIFK played more than 147 minutes without a goal, and on Saturday, one hit was enough to win the game