‘A country without education is a ship that sails adrift’ 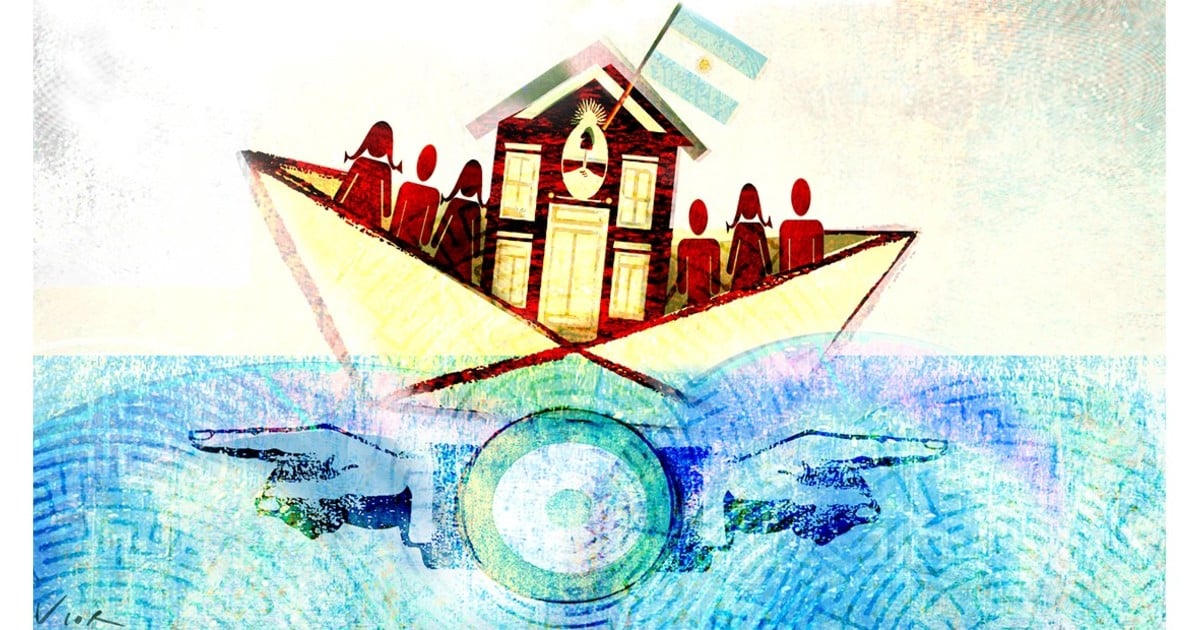 The Ministry of Education of the Nation has resolved one more year not to evaluate the contents and all the skills and behaviors achieved. Last year, using arguments as absurd as now, they decided not to evaluate and allow students, without being evaluated, to go from one year to the next, unaware of the achievement or not of the objectives they should achieve in order to be promoted.

For 2021, it has been defined that the same criteria will be used. In other words, for two years it will not be known whether children and / or adolescents have achieved the basic and minimum contents that allow promotion from one year to the next. In other words, it is the same if the different students who worked, who made an effort, who tried to make sense of the learning, succeeded or not.

Do you know what this is? Being unable to reward the effort and success of learning. From now on, learning through virtuality has shown that, without school, it cannot be achieved. Presence is the only way to teach, person to person. Teachers have made great efforts for students to learn, but this is not the case. When virtuality cannot be accessed at home, because there is a lack of computers, cell phones and other instruments that allow working in this way, or even it is not recognized that students, if they are not stimulated, do not learn, because the virtual bores them , prevents them from concentrating.

Parents are not prepared to replace the teacher in the teaching-learning process. The image is a medium, but it never replaces the teacher person. For this reason, as there is no presence, the students do not learn. So instead of seeing what they have achieved, with effort and desire, in these successive years, the Ministry of Education of the Nation decides that, instead of evaluating, that students successively spend year after year without having learned anything.

And if the pandemic spreads, will students never learn? We already know that more than a million students have abandoned their education, training, development and growth. A country without education is a ship that drifts, aimlessly and without teleology.

Where is Argentina going? Not only does it have no destination, but it also has no future. Therefore it is better not to evaluate, so we do not find out how bad we are going. Everyone passes, everyone will be graduated from elementary and middle school, no one will know anything, everyone will be ignorant, and the country will get worse and worse.

Santiago Cafiero blamed former President Mauricio Macri for the new categorization of the country as “standalone” by the Morgan Stanley Bank. Faced with this statement, we can only smile and lament for the low intellectual level exhibited by the Chief of Staff. Since he took office in December 2019, hardly a day went by without naming Macri, pointing to him as guilty of the evils that afflict us. Much care is taken not to mention the period 2003-2015, in which it seems that nothing transcendent happened to disrupt sustained national progress.

A psychiatry student with few approved subjects knows that those who are obsessed with a person whom they compulsively mention is someone with inferiority complexes, who needs to make others small to feel great.

Playing the misunderstanding is not doing the right thing

The Vice President of the Nation believes that when the pandemic passes, the rich will be richer and the poor poorer: in which group does she think she will be?

The vice president says that those who preceded her in her current administration will have to give explanations: does she include herself?

On the other hand, the deputies of the Frente de Todos blocked the Together for Change project in order to favor the arrival in the country of the only approved vaccine to be applied to children with comorbidities: are they unaware of these children?

He reproves Zannini’s sayings to relatives of the AMIA

It is notable that the Government takes it as a rule and transfers its responsibility to the victims. He ends up victimizing himself and blaming the victim for the events, to dilute his direct responsibility. This is what he did with the murder of the prosecutor Alberto Nisman, whom they tried to accuse him of being suicidal, corrupt, etc. They did it with the dead of Eleven, and now they also do it with the almost 100,000 deaths from Covid-19.

The President raises his finger and tells us that they are now asking for the second dose, after a disastrous handling that places us among the worst countries in the world in administering the pandemic. It’s no surprise, we know how they work.

Mr. Zannini: the relatives of those killed in the AMIA attack want the truth, and their fear, mine and that of all Argentines, is that there is no justice and that their ministry is not of Justice but of impunity.

Our responsibilities in the face of everyday dilemmas

“What is more to blame, even if anyone wrong does …?” Sor Juana Inés de la Cruz wondered in a poem in an advance of the ideas that centuries later would bear fruit in crusades for equality and non-discrimination.

Making an analog extension today, we might also ask ourselves about other antithetical options. What’s more to blame? The one who asks for a gift, a commission or a return from the public administration or the one who paid for a short cut in the bureaucratic tangle to achieve their objectives. The one who is elected being aware of his incapacity, preparation and merit to occupy a public function or those who elect him knowing those characteristics of the candidate. The media and communicators who knowingly lie and hide the truth, or those who consume these media and value the messages of those communicators because they also listen to what they want to hear. The one who jumped in line, lied in the statement, called a friend to do him the favor of vaccinating him ahead of time or the one who provided the vaccine and did not go out of his way to establish an efficient control system that did not allow these maneuvers . The one who abused his dominant position in the market to impose his products and earn more money than he could earn in conditions of fair competition or the one who buys those products and does not opt ​​for others who are waiting for the opportunity to grow.

Sor Juana Inés de la Cruz invites us to evoke her and think about our realities and responsibilities in the face of daily dilemmas. And perhaps we will find a way to solve our worrying reality.