A conversation about Peru: “This crisis is so hard that it is an invitation to change” 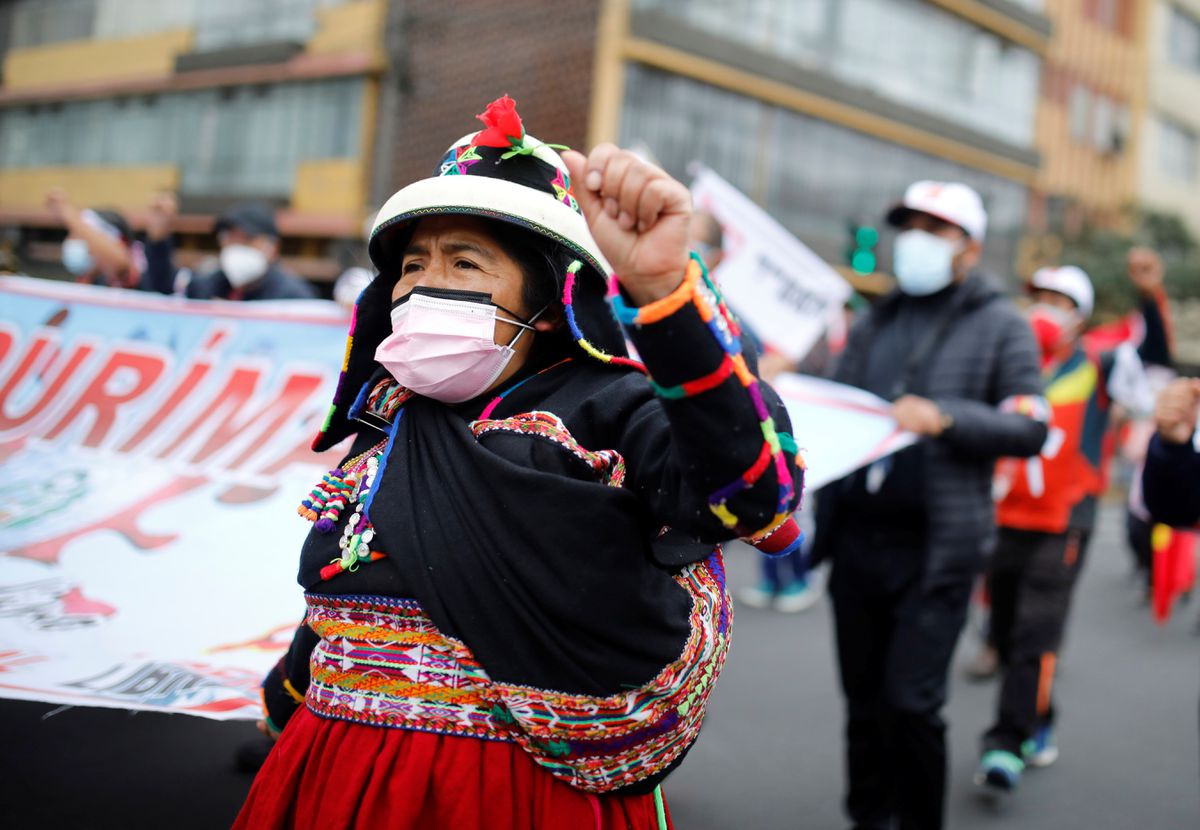 Peru lives turbulent times. The imminent rise to power of left-wing candidate Pedro Castillo has been overshadowed by accusations of unproven fraud by his rival, Keiko Fujimori. The confrontation has dusted off old problems rooted in the origin of the nation such as discrimination and racism. The atavistic fear of the other has sprung up, of the one who lives behind that stone wall that is the Andes. The calls to authoritarianism, the coup d’état and the twisting of the law have created a vague sense of unreality and frustration that has disturbed the daily lives of Peruvians. And even his humor.

EL PAÍS has brought together four academics and communicators to talk about the exacerbation of these differences and the need for reconciliation. Natalia Sobrevilla placeholder image she is a writer and historian; Sandro Venturo, sociologist and director of Grapefruit Communications; Sonaly Tuesta, creator of Customs, a TV show that runs through every corner of the country; Y Hernan Chaparro, professor and researcher at the University of Lima.

The breakdown of coexistence

Short: The psychoanalyst Max Hernández said that Peru was like a South Africa, but underhanded. That has already been broken: conflicts are on the table. Our racism and our immense facility to discriminate are there. The hegemonic and developmental discourse of the sixties is broken. We do not have a referential discourse that summons us.

Toast: These miseries sprout and it hurts. My 11-year-old son has decided to hide his opinions at school, because he is the only one who thinks in a certain way. He doesn’t want to fight. That seems to me an invasive, terrible thing. And already on the stage of the country it is a crazy thing.

Sobrevilla: We live in an unequal country. There are people who feel entitled to govern and maintain their status quo. They consider it to be natural. I was directly invited to leave a WhatsApp group of my schoolmates because I was seen as a traitor. I published a 300 word article in the newspaper Third, from Chile, where told what was happening in Peru. He did not defend the idea of ​​fraud. I am not going to leave. It is a very divided society and does not accept diversity of thought.

Venturo: We are a family of disconnected and unfamiliar people. The image I have of Peru is that of a country made up of several islands, some more isolated than others, others with some bridges. Peru is an economic and cultural archipelago. And in each election all the miseries that account for our dramatic social gaps reappear and settle again until the next electoral period.

Overcome the utopia of good wishes. What’s to come

Short: They are going to be very bad years and I don’t have high expectations. Castillo should have a clearer and more articulated proposal. Hopefully a proposal from the center-left will mature and manage to sustain itself in Congress in the face of a Fujimori movement that will take constant legal actions of ignorance of its Government.

Venturo: This political polarization obscures national consensus, transversal demands evidenced in various studies. Citizens call for the transformation of the health and education systems, the reactivation of the family economy, the effective fight against corruption. In both groups of voters there are common flags, but our political leaderships are not up to par, their energy is depleted in the confrontation. Unfortunately, during the campaign, Castillo has not had the capacity to assemble a campaign team, nor to elaborate a proposal to get out of the crisis. You will have to reverse this negligence in no time.

Sobrevilla: There is consensus on the things we want, but I find big problems. There is a group rooted in symbolic power, in political and economic power that is not willing to accept a change of control over the state apparatus. Beyond that if Castillo is capable or incapable, there is something in him that makes them think: who is this person to tell us that we are not in charge? When we put on the jersey to go to the World Cup and when we celebrate that we like ceviche or ají de gallina, it is easy, the problems are under the rug. But when we go to the most serious moment of who is the one who decides, something very deep begins to stir.

Toast: What we believe by development is one thing, and what people by worldview have in each of the parts of the country is different. That they question the rural vote (Fujimori has tried to annul 200,000 votes from the mountains and the jungle) makes me feel terrible. The surprise of the people of Lima at this is like in colonial times when people were surprised by the arrival of blacks and they were afraid of them. It hurts me a lot that there is so much ignorance.

Toast: It is difficult to talk about reconciliation. There are many people I will never look at in the same way again. They have said such aberrant things about what the country means … I have some hope to continue on in the women, who were the first to organize common pots to face hunger. I wish it were as easy as in the carnival season of Sacclaya, in Apurímac. In the seccollonacuy (an act of the party) women and men, neighbors, challenge each other for quarrels, hit the whip on the leg and seconds later they hug.

Venturo: This crisis takes us to the brink, it is so serious and hard that it could be an invitation to a change. Behind the Shining Path (a terrorist group that acted savagely in the eighties) our inability to learn from disasters is proven. Optimism might sound naive. We are a country without a head, without inspiring leaders, with a political class rejected by the majority. Our way of doing politics is exhausted, it slows down development, goes against our dreams and our demands for recognition, equity, justice, and freedom. Perhaps there is a chance to break the spell. There are new promotions of politicians and officials rowing against the current, new generations of civilians taking the helm of change. We do not see them yet because the political storm covers everything. Mine is a clandestine, beaten, militant optimism, but optimism nonetheless.

Sobrevilla: I am a cynical optimist. The issue of reconciliation is difficult. The things I heard I expected. I felt there was an honesty. There is something positive in that we have finally removed the mask and people who think that we are not all the same have said it clearly. In order to reconcile we have to know what we really are, what we think and accept ourselves, understand each other. There is a danger, that of corrupt forces rooted and very comfortable in the political and judicial system. It’s like Gatopardismo, changing something so that everything remains the same.

Short: There are no heads, leadership, that is our great challenge. The great benefit that we have not had a military coup for twenty-some years is that our institutional precariousness has enraged us. All these problems, before the eighties, were solved with a blow. And bye.