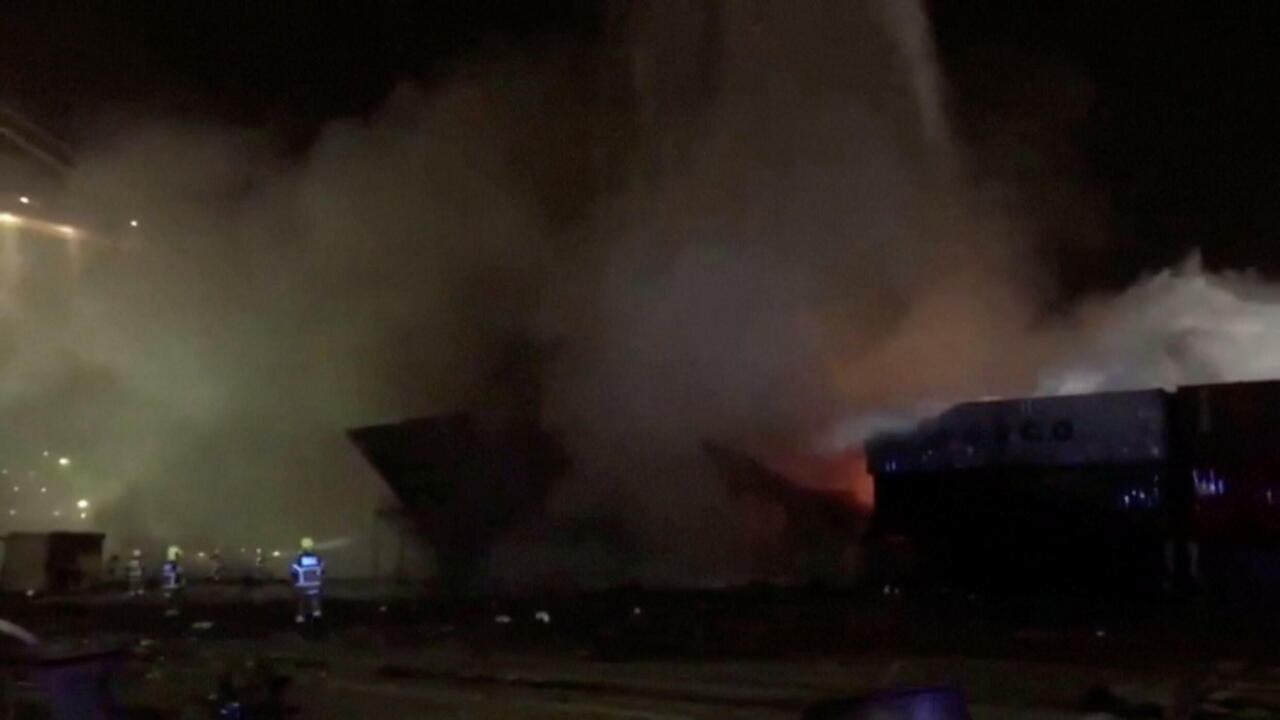 The local government of Dubai, in the United Arab Emirates, confirmed that the fire caused by the explosion of a container on board a ship in the port of Jebel Ali, one of the largest in the world, is already “under control” and has not caused victims.

A container ship anchored in Dubai caught fire causing an explosion that generated tremors in the most important commercial center of the United Arab Emirates.

The fire sparked giant orange flames on a ship in the Middle East’s busiest port of Jebel Ali, which is on the eastern side of the Arabian Peninsula. According to the authorities, the incident did not leave victims.

The causes of the conflagration are now being investigated and port officials said they were taking all necessary measures to ensure that the normal movement of ships continues without interruption.

Jebel Ali, the largest deep-water port in the world

Operated by Dubai-based DP World, the port has four sprawling container terminals that can dock some of the world’s largest ships.

Jebel Ali is not only a busy global cargo center, but also a lifeline for Dubai and the United Arab Emirates, serving as an entry point for essential imports.

DP World describes the port of Jebel Ali as a “center of entry” and a “vital link in the global trading network” connecting eastern and western markets and where a large percentage of the world’s oil circulates.

In 2009, the collision between a freighter and a ship carrying liquid gas also caused a fire in the port that was quickly controlled without causing any casualties.