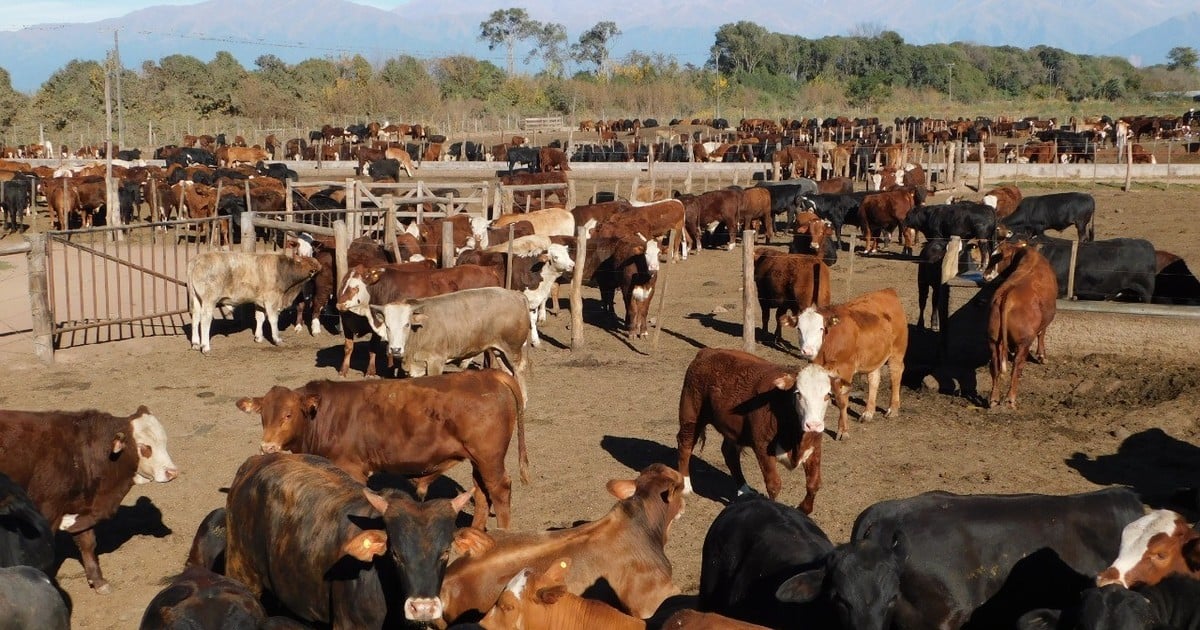 More than half of the animals that are slaughtered per year nationwide pass through the systems of fattening to corral or feedlots.

The bovine respiratory complex, with pneumonia as the most serious expression, is the main cause of death of animals in feedlots. It represents more than 50% in this casuistry, being its most common presentation in the first 35 days of closure and, in many cases, it is maintained until the end of the fattening process.

Stress plays a fundamental role in this type of system and explains the high frequency of appearance of this clinical picture.

Stressful situations negatively affect the most important immunity barrier of the upper airways, creating the conditions so that infectious agents can access the lung with relative ease and generate the damage that makes animals sick significantly affecting live weight gain and in many cases, the lives of animals.

Among the most important stressors that predispose to the presentation of this disease we can mention weaning, transport, days in fair pens with restrictions on water consumption, overcrowding, the mixture of animals of different origins, climatic and environmental conditions adverse, in most cases an unknown diet, among others.

The infectious agents that take advantage of the situation generated by stress and frequently act in the first place are viruses, creating the conditions for that bacteria do the serious damage, which in the absence of treatment, causes the death of the animals.

The bacterial agents with the highest presentation in pneumonia outbreaks in our country are: Mannheimia haemolytica, Pasteurella multocida and Histophilus somni and, to a lesser extent, Trueperella pyogenes. Also, Mycoplasma bovis is an emerging pathogen in Argentina both in fattening cattle in corral and in calves in dairy farms.

The way to minimize the appearance of this problem should be based on 3 axes:

-1 Permanent veterinary advice, whose intervention manages all management issues aimed at generating good practices that achieve the least degree of stress possible, including one of the most important aspects such as nutrition.

-3 The application of rigorous health plans upon entry of the animals, which are based on prevention with vaccines, effective deworming and correction of mineral deficiencies.

The use of antibiotics should be the most rational possible since the problem due to excessive application has consequences on public health.

The generation of bacteria resistant to treatments with available antibiotics is one of the main global public health problems. The World Health Organization estimates that by 2050 some 10 million people will die each year as a cause of AMR (Antimicrobial Resistance), unless a global response is established in the short term.

RAM is the ability of a bacterium to survive in concentrations of an active principle that inhibits or kills others of the same species. It is a natural phenomenon, which is accelerated by the abusive and irrational use of antibiotics. For this reason, diseases that were previously easily controlled are now becoming complex and require very expensive treatments.

When an outbreak of pneumonia occurs, you must act quickly, in many cases the veterinarian must make the decision to apply Metaphylaxis in the herd and in this way apply the antibiotic in all the animals of the flock to control said outbreak.

The choice of antibiotic is a key factor and for this it is important to have a diagnostic history of the bacterial agents involved in clinical cases and their corresponding antibiogram. This helps us to know the efficacy of the active principles for the agents commonly isolated from animals with pneumonia.

The Bagó Biogenesis Technical Service contributes by allocating resources for this type of epidemiological surveillance, participating in clinical cases by sending samples of animals with the disease to private laboratories, where the isolates of agents and their corresponding antibiogram are generated, when they exist. bacteria involved.

This information generated is extremely useful to know the degree of resistance of bacteria to commonly used drugs.

The most up-to-date information where we have participated in stimulating this type of diagnosis was generated through an agreement made with INTA Marcos Juárez, in which we proposed with the referents in the matter of the aforementioned institution, to generate many diagnoses in different commercial feedlots to monitor bacteria acting in clinical cases and to be able to check the efficacy of antibiotics.

The bacteria that were isolated are those usually found to cause the bovine respiratory complex (Mannheimia haemolytica, Pasteurella multocida and Histophilus somni).

The results of the antibiograms carried out to check the efficacy of the active principles for these strains gave us the logical information that the highest proportion of resistance (30%) was found in the antibiotics most used for the treatment of pneumonia in feedlots, while the Levels of resistance to Florfenicol in strains of M. haemolytica, P. multocida and H. somni are practically nil (3%).

Florfenicol is a broad spectrum antibiotic, exclusively used in veterinary medicine, and one of its main therapeutic alternatives is to treat respiratory bacterial infections in cattle and pigs (Sidhu et al., 2014). In several trials where experimental infections were carried out and in various clinical studies, it has been shown to be effective for the treatment of pneumonia in fattening cattle. The spectrum of activity includes the pathogens that cause pneumonia such as; Mannheimia haemolytica, Pasteurella multocida, and Histophilus somni (Varma et al., 1998; De Haas et al., 2002; Catry et al., 2008). These authors also reported zero resistance in these species. Florfenicol along with oxytetracycline and tulathromycin have shown good results for the treatment of Mycoplasma bovis, a very difficult agent to treat, for which many commonly used antibiotics do not work well.

This antibiotic is also indicated for the treatment of pododermatitis, keratoconjunctivitis, diarrhea and all other infections caused by germs susceptible to florfenicol in cattle.

We consider that epidemiological surveillance is information for action, in this way decisions are made to develop a product with assured quality and necessary for its high efficiency, in a context of growing bacterial resistance, to control a pathology that produces severe losses in food production.

We are convinced that the best use for antibiotics is the least possible, since in this way we all take care of ourselves.

Writing note: the author is MV of the Technical Team of Biogenesis Bagó

Crimea commented on the comparison of the Zelensky peninsula with Chernobyl