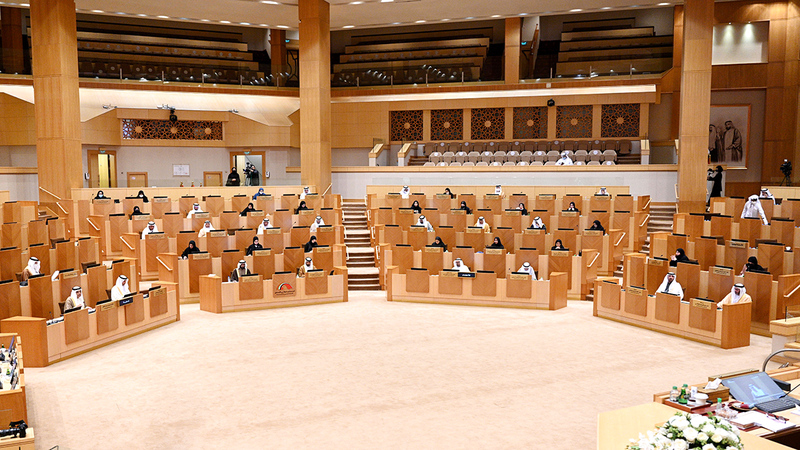 The Health and Environmental Affairs Committee of the Federal National Council suggested conducting a comprehensive survey of families, to identify diseases or psychological challenges that exist in society, and work to confront them and prevent their spread.

It also called for a psychological examination for expatriate workers before hiring them in the country, in order to prevent the spread of this type of disease within the community.

During a panel discussion, which witnessed a wide participation of specialists and those interested in the field of mental health, she called for an increase in the number of counselors and psychologists and social workers, and for there to be a psychologist in every school.

In detail, the committee, headed by Naama Abdullah Al Sharhan, organized yesterday a virtual discussion session entitled “Promoting Mental Health in the UAE”, as part of its work plan to discuss the topic “The Ministry of Health and Community Protection’s policy regarding the promotion of mental health.”

Members of the Committee and the Council participated in the seminar, and Al-Sharhan said that the seminar discussed challenges related to mental health services, and they touched upon a number of challenges and proposals regarding promoting mental health in the country, in preparation for discussion with government representatives, and formulating a number of them as recommendations that touch reality.

The committee’s rapporteur, Somaya Abdullah Al-Suwaidi, said that the discussion revolved around the challenges facing society in promoting mental health in general, and in light of the “Corona” pandemic in particular.

She explained that the discussion touched on the negative view of the mentally ill, helping him to integrate into society positively, as well as protecting young people from the negatives that they may be exposed to from influencers on social networking sites.

For her part, a member of the committee, Shatha Saeed Alai Al-Naqbi, stressed the importance of discussing the mechanism of providing mental health services to the category of people of determination, and the extent of the impact of psychological pressure on job seekers and how to psychologically rehabilitate them.

Committee member Ahmed Boushehab Al-Suwaidi confirmed that the committee came up with several suggestions and observations, including conducting a comprehensive survey of families to identify diseases or psychological challenges they suffer, work to confront them and prevent their spread in society, and increase the number of counselors and psychological and social specialists.

A member of the committee, Azra Hassan bin Rakkad, stated that among the proposals was to allocate a “hotline” for psychological awareness, and work to establish comprehensive psychological centers and clinics in various regions of the country.

They also stressed the importance of conducting a psychological examination for expatriate workers before employing them in the country, to protect society and maintain its stability, and the discussion touched on the absence of psychological awareness of those injured as a result of serious accidents, which result in the loss of any vital functions or limbs or exposure to partial or complete paralysis, demanding to provide these Psychological awareness, to rehabilitate them to live with their injuries properly.

Committee member, Muhammad Ahmed Al-Yamahi, said that the discussion touched on how to work to confront bullying among employees in work institutions, and the impact of the psychological pressures they suffer on their families, as well as confronting the bullying of school students and the psychological effects that follow, especially in Children and their behaviors, which requires a great awareness of families, and work on continuous follow-up to the behavior of their children and presenting them to psychologists early to treat them from any problems they may be exposed to, with the increase of psychologists so that there is a psychologist in each school.

Proposals before the committee

■ Promote mental health in light of the Corona pandemic.

■ Protecting young people from the negative aspects of influencers on websites

■ Provide a mechanism for mental health services for people of determination.

■ Providing mental health centers in various regions of the country.

■ Examine the effect of psychological stress on job seekers.

■ Follow-up students to find out the extent of their mental illness.

■ Create a work environment to relieve psychological pressure on employees.