A client refuses to pay attorney fees for losing 5 cases 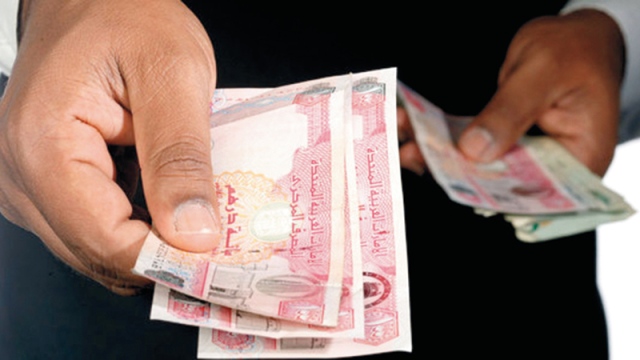 A client refused to pay the lawyer’s fees of 30,000 dirhams, after he defended him in five civil and criminal cases, against the background of his loss of those cases, where a partial civil court offered the conciliation to the two parties and refused him, and ruled with him obliging the client to pay the lawyer 30,000 dirhams and obligated him to pay the fees and attorney fees .

In detail, a lawyer filed a lawsuit demanding that the defendant be obligated to pay him his fees according to a contract agreement between them, which stipulated that the plaintiff be an agent of the defendant and represent him in five civil and penal lawsuits, and provide legal advice, with a fee of 30 thousand dirhams, provided that it is paid in three installments At a value of 10,000 dirhams per payment He explained that the defendant did not pay his due fees despite his great effort in the work he was entrusted with, and despite his implementation of the requirements of the agency required of him, and the defendant admitted before the court that he and the plaintiff were involved in several cases, but he lost all of them. According to the merits of the partial civil court ruling in Ras al-Khaimah, according to the law, the lawyer has the right to receive fees for the work he does, and to collect the expenses he has spent in order to carry out the work he is assigned to, the lawyers ’fees and the expenses attached to it.

The court clarified that the lawyer is charging his fees according to the contract drawn up between him and his client, and if other actions are diverged from the lawsuit, the lawyer is entitled to receive fees for it, and if the lawsuit ends by conciliation or arbitration, the lawyer is entitled to the fees agreed upon, unless otherwise agreed upon. She indicated that if either of the parties rejects conciliation, the court may estimate the fees due according to the importance of the case, the value of the work subject of the agency, the effort made by the lawyer, the result he achieved, the benefit he returned to the client, seniority, experience and the degree of attorney registration.

And it decided to oblige the defendant to pay the plaintiff 30,000 dirhams, including attorneys ‘fees, in addition to the expenses and attorneys’ fees for this case.