A citizen saves a child from drowning in Ras al-Khaimah 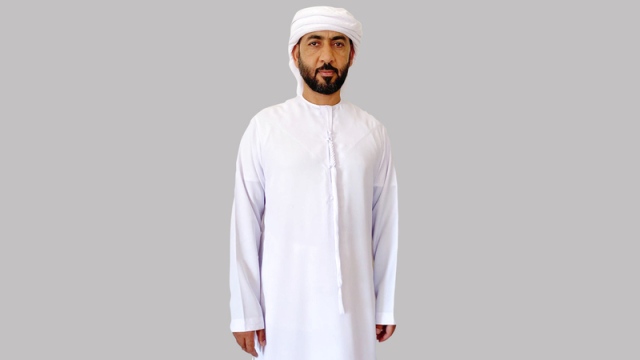 The first assistant at the Civil Defense Department in Ras Al Khaimah, Adel Hanhoun, embodied a heroic act to rescue a five-year-old citizen who was drowned in the sea of ​​Ras Al Khaimah, four days ago, as he crossed three beaches via a water bike to reach the place of communication in less than 10 minutes .

Citizen Adel Hanhoun told “Emirates Today” that he was carrying out maintenance for a water-fire bike in the waters of the Creek, located behind Julfar Towers, and he heard via the wireless device a report of a child being drowned and missing in the sea behind the Bursali Mosque in Ras Al Khaimah.

He explained that he located the report despite the distance from his whereabouts, and immediately went by water bike from the Ras Al Khaimah Creek to Bahr Al Mairid and from there to the Sea of ​​Ras Al Khaimah Corniche, passing through the institute’s sea and reaching the place of the communication.

He added that upon reaching the place, he saw ambulances, rescue and police patrols, and a large number of people near the beach looking for the child, so he participated in the search until he found the child floating at a distance of 200 meters from the beach and in a dangerous condition.

And Hanhoun added that he succeeded in pulling him out without going into the water, so that the bike would not be subjected to any drag due to the sea currents and high waves, as the sea was turbulent and unstable, pointing out that he put the child in a boat belonging to the competent authorities, which took him to the ambulance and rescue vehicle. To take him to the hospital for treatment.

He explained that the child swallowed a lot of water after being drowned, and he was in a deteriorating health condition, so that some believed that he died, but after the water came out from his lungs and responded to the artificial respiration process, everyone was reassured.

Lahoun advised all families not to be distracted by children while they are on the beach, and not to let them swim alone because the waves and currents may pull them suddenly inland, which leads to their exposure to drowning.

For his part, the Director of the Civil Defense Department in Ras Al Khaimah, Brigadier General Muhammad Abdullah Al Zaabi, honored the first assistant, Adel Hanhoun for his contribution to saving the life of the child, stressing that the heroic work carried out by Hanhoun reflected the morals of the employees of the Ministry of Interior and their keenness to do the dear and cheap for the sake of community security and safety His personnel.

Tanks, infantry and the dead in Donbas: the war in Europe's backyard that few talk about

Pensioner (88) gets stuck in the garage wall with a Volvo V40 – how did she get there?

Conesa: «López Miras has perverted the institutions of the Region with the help of Alberto Castillo and three turncoats»