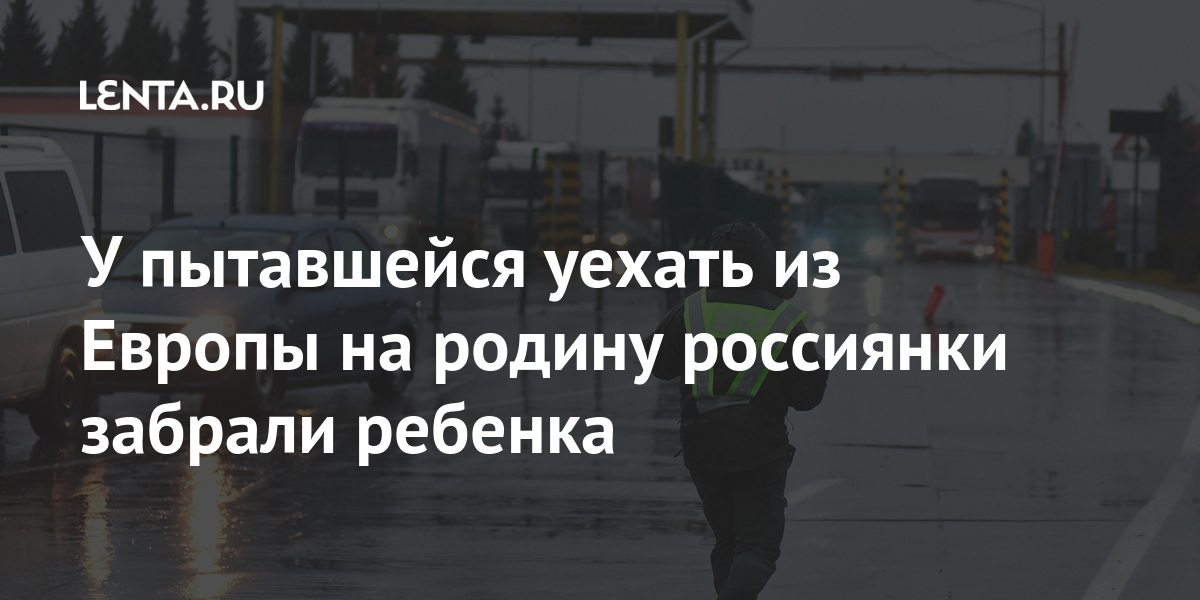 A one-year-old child was taken from a Russian woman who was trying to leave Europe back to her homeland: the court decided to hand him over to his father. Writes about it RIA News with reference to the Russian Consul in Gdansk (Poland) Dmitry Nesterov.

He clarified that the decision was made by the German court, it is interim and does not cancel the main court session, which is to be held on March 22. There will be considered the claim of the father of the child, Eugene Ikkert, who demands to provide him with full custody.

The consul specified that the child and his father have dual citizenship: Russian and German. His mother, Victoria Ickert, has Russian citizenship and a temporary residence permit in Germany.

On February 10, a German court banned the woman from taking the child out of the country under the threat of a fine of 25 thousand euros. However, she escaped and was detained at the Polish-Russian border. Before that, the woman spent 1.5 months in a social center with her son.

On January 10, Polish police in the center of Gdynia took a three-year-old child from drunken Russians. The woman’s blood was 1.5 ppm of alcohol, and the man’s – 2.5 ppm. The spouses were detained, and the child was placed under guardianship for the night. The police sent the case to the family court.

Brazil sets a new record for daily deaths in Corona