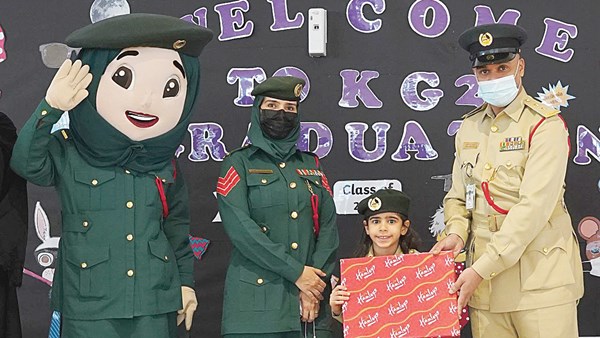 See also  “With Love, We Make a Difference” campaign to support “Dubai Cares”

Thanks and appreciation
Major Ali Yousef Al Ali indicated that the Security Awareness Department provided the girl with the uniform of a Dubai police officer, then took her on a tour of the luxurious sports patrols, and briefed her on the duties of the police officer in field work, in addition to making shows for the girl’s police dogs and her colleagues in cooperation with the K9 Security Inspection Department , coinciding with her birthday, which made her and her colleagues happy, while the child’s family thanked the Dubai Police General Command for fulfilling their child’s birthday wish. Acting Director of the Punitive and Correctional Institution of Al-Ittihad: 220 inmates in Ras Al Khaimah received two doses of the “Covid-19” vaccine