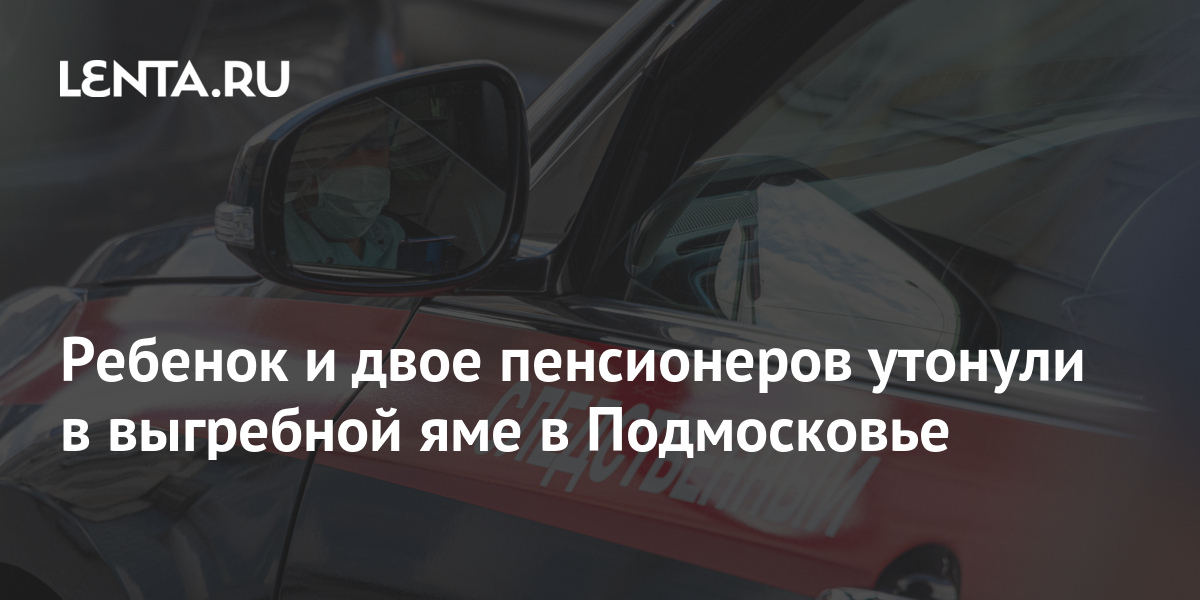 In the suburbs, a child and two pensioners drowned in a flooded cesspool. This is reported on website Of the Main Investigation Department of the Investigative Committee of Russia for the Moscow Region.

The incident took place in the village of Obukhovo, Bogorodsky urban district. The message about the discovery in a private house of the bodies of a 75-year-old man, a 65-year-old woman and a three-year-old girl was received by law enforcement officers on Monday evening, June 28. According to the investigation, the deceased pensioners were the child’s great-grandfather and great-grandmother.

As previously established, the water level in the cesspool on the territory of a private house has sharply increased. Some of the adults went down into it to fix the problem, and the rest, helping, also ended up in the pit and could not escape.

The investigator examined the scene and interviewed the relatives of the victims, a forensic medical examination was ordered. The audit will be made a procedural decision.

Earlier, after the “super shower”, which took place the day before in Moscow and the Moscow region, it became known about four dead. In Korolyov, a tree branch fell on a child; he died on the spot from his injuries. Also in the Bogorodsky district, three people drowned in a sewer, one of the dead was a child.

On June 28, heavy rain fell in the Moscow region with thunderstorms, hail and strong gusts of wind up to 23 meters per second. Forecasters called it “super storm”, as it was supposed to bring 70 percent of the monthly rainfall. The disaster caused damage to many infrastructure facilities. In particular, metro stations were damaged in the capital, the roof of the building was blown off, and a tower crane overturned in the Moscow region.