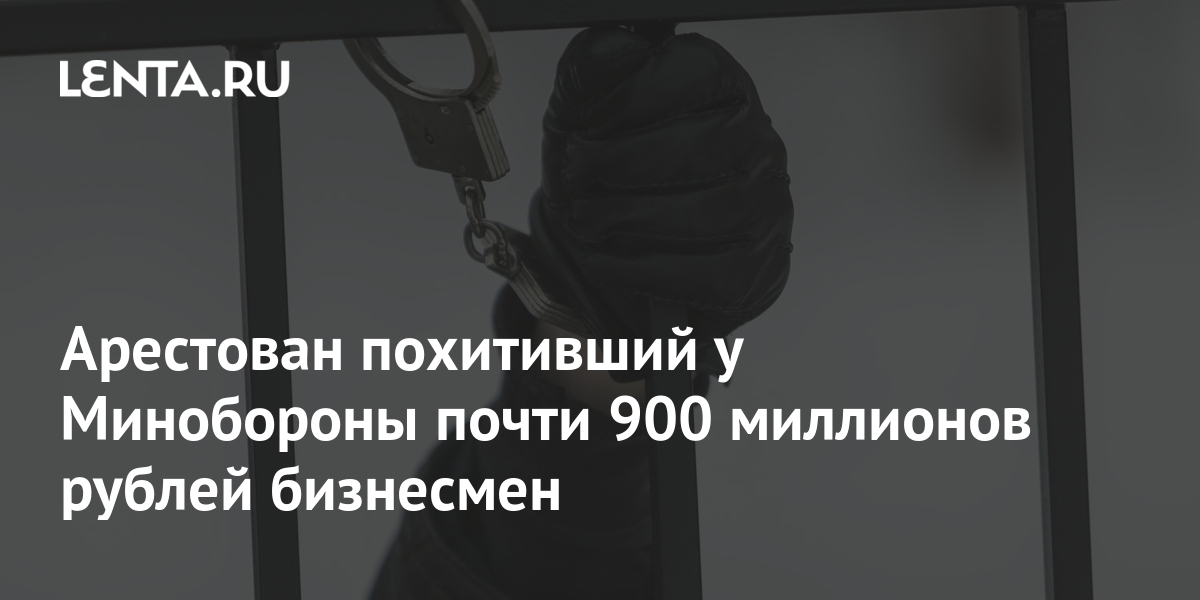 In Moscow, the technical director of the Aniks company, Sergei Fedoseev, was arrested, accused of embezzling almost 900 million rubles from the Ministry of Defense. This was reported by Kommersant.

The scam was committed during the execution of a contract for the main armored vehicle directorate (GABTU), which was required to supply more than 230 thousand car batteries in 2017-2019. Large-scale fraud investigation began on March 3, 2020 after verification.

According to the investigation, with the help of various machinations, 860.3 million rubles were stolen from the Ministry of Defense, allocated for the state defense order. In June 2020, Fedoseyev was given a recognizance not to leave, and in November of the same year he was charged. The court ruled to place the defendant under house arrest, but he threatened witnesses on the phone and in every possible way obstructed the investigation of the criminal case. After that, it was decided to detain the technical director of Anix.

Earlier, a Moscow court sentenced retired colonel Sergei Luchaninov to four years in prison for fraud with money from the Ministry of Defense. He and his accomplice received 212 million rubles for the study of military and civilian radioelectronic devices in order to prevent them from crossing the air, but during the check it turned out that the organization was a dummy and did not have specialists to carry out such calculations.